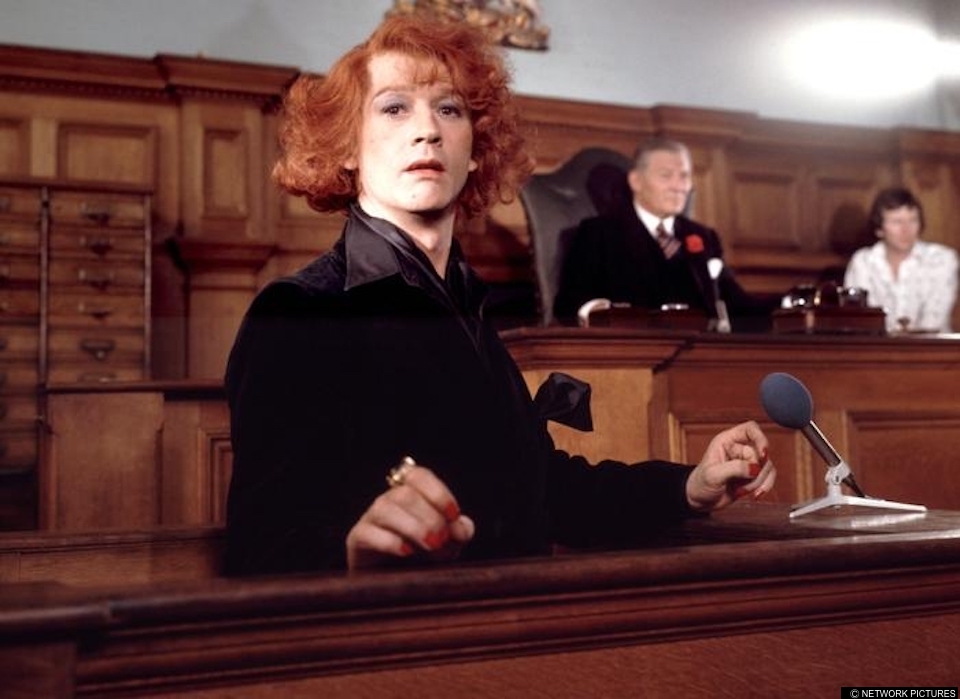 Produced in 1975, The Naked Civil Servant is based on the autobiographical work by the self-proclaimed “England’s Stately Homo”, Quinten Crisp; who lived an openly gay lifestyle in 1930’s London, when homosexuality was illegal and his lifestyle was more than frowned up. Determined to live his life how he wished, Crisp’s journey through Belgravia, Chelsea and Soho is charted in this compelling TV drama.

Despite being over 40 years old, the film remains essential viewing for its social relevance and its fascinating insight into LGBT history. There are points in the film which garner feelings of disbelief, such as Crisp being excused from the army during the Second World War, on the basis that he was diagnosed by a psychiatrist as “suffering from a sexual perversion”. Crisp was subject to prejudice both from the “roughs” (the ‘queer bashers’), the police and even from the members of the underground gay scene, who were terrified that Crisp’s flamboyant and feminine presentation would out them or place them at risk of imprisonment. But in the face of such difficulties, Crisp continued undeterred, refusing to be anything other than himself, as he promoted himself as the self-appointed spokesman for the cause.

Lauded for the quality of the acting, John Hurt’s award-winning performance as Crisp is quite simply outstanding, and given that the film opens with Quinten Crisp introducing the piece; you realise as the programme unfolds, just how perfect Hurt’s performance really is, nowhere more evident than in the scene where Crisp is forced to defend himself in Court for approaching men in the street. There is good support from John Rhys Davies and Patricia Hodge, and the film remains a great piece of drama, with wonderful period details and one which never really shows its age.

Re-released on DVD and Blu-Ray; the film has been digitally remastered, meaning that the picture quality and soundtrack has never been better. The Blu-Ray is presented both in the original picture format and in widescreen, and comes with a number of extras including a very interesting World In Action profile on Crisp, a commentary with John Hurt, a making-of documentary and an interview from 1979 with Crisp himself.

Highly relevant, highly informative and highly recommended, The Naked Civil Servant is released on DVD and Blu Ray from Network Pictures on the 5th June 2017.