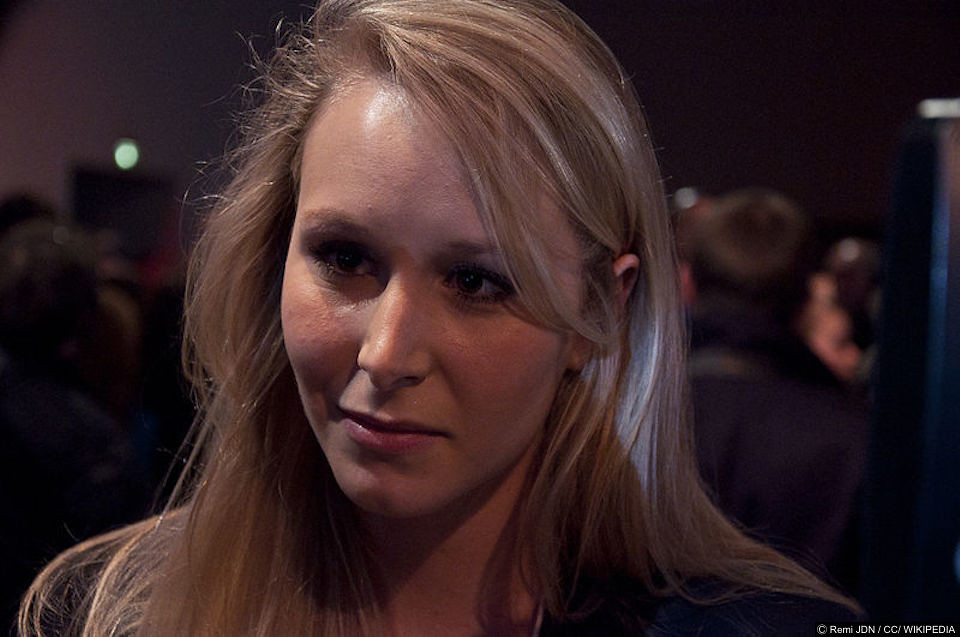 Marine Le Pen’s victory in the forthcoming French election could spell the end of same-sex marriage, her niece has “guaranteed”.

Marion Maréchal-Le Pen has “guaranteed” that the repeal of gay marriage laws will happen should her aunt, Marine Le Pen, be successful in the forthcoming French Presidential elections.

Speaking on Sunday morning the far-right National Front MP, the youngest MP to be elected in France, Ms Maréchal-Le Pen said that she’d ensure her aunt follows through with her threat of removing same-sex marriage in France. Marine Le Pen first announced the policy earlier in the year.

“It will not be the first priority, but … [repealing gay marriage] is a promise that we will stick to, and I will personally guarantee that this bill is demolished”.

Proposal number 87, was buried at the back of Le Pen’s manifesto. It contained this pledge,

“The Front National will replace the provisions made under the Taubira law [the bill enabling people of the same sex to wed, named after Justice Minister Christine Taubira] with civil unions,”

Ms Maréchal-Le Pen said that it would not be the “first priority” but that she would “personally guarantee that this bill is demolished”.  The 27-year-old MP is well-known for her opposition to gay marriage.

Last year she suggested that accepting gay marriage could lead to multiple partner marriages. In an interview with the Telegraph she said that if society was to break away from the heteronormative model of opposite-sex marriages,  other “minorities” could want their love recognised by the state.

Marine Le Pen’s opposition in the forthcoming election, Emmanuel Macron backs gay marriage and has said that would support IVF (PMA) for lesbian couples. The duo goes head to head on the 7th May 2017 to become the 25th French president.

France legalised marriage between same-sex couples in 2013. It was the 14th nation to do so.