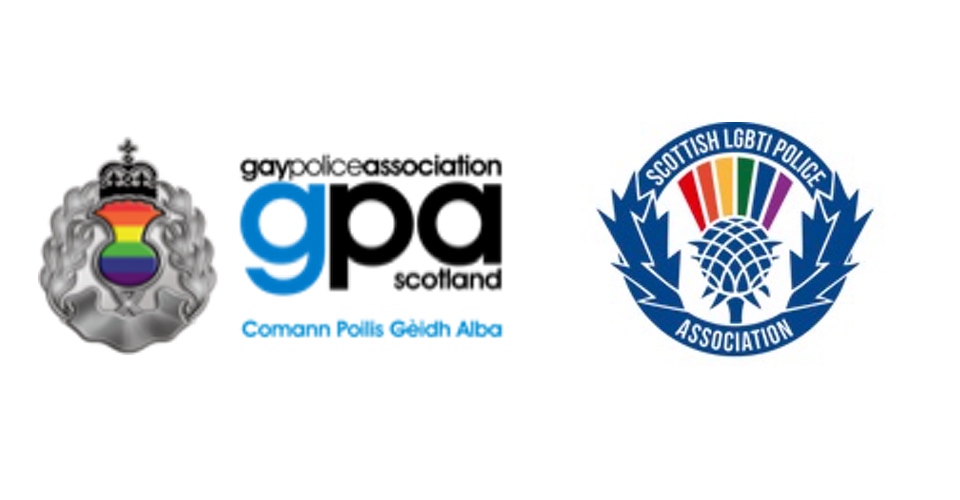 The Scottish LGBT+ policing group has changed its name.

Along with the name change, the old GPA logo will disappear and will be replaced with a new logo.

“Our Association has a long and proud history spanning 27 years…

“At our AGM in 2016, members took part in an exercise in order to review how the Association was structured, the Aims and Objectives, what could be improved and examine ways to encourage membership engagement and inclusion.

“Following the 2016 AGM, a number of recommendations came to light which would form the basis for a “Re-structuring Strategy”. Following 12 months of discussion within the Executive Committee, the Strategy became a proposal which was passed at the 2017 AGM.

“This is far more than simply a name change and re-branding. A new General Board will replace the former Executive Committee. The Association will now include Transgender and Intersex as well as LGB. The Aims and Objectives have been replaced with a simple Mission Statement backed up with key priorities. There will be a new focus on localism with the creation of Local Coordinators. We will retain important aspects including our independence and remain an association of members.”

The full change over is due to happen on the 16th February 2018.