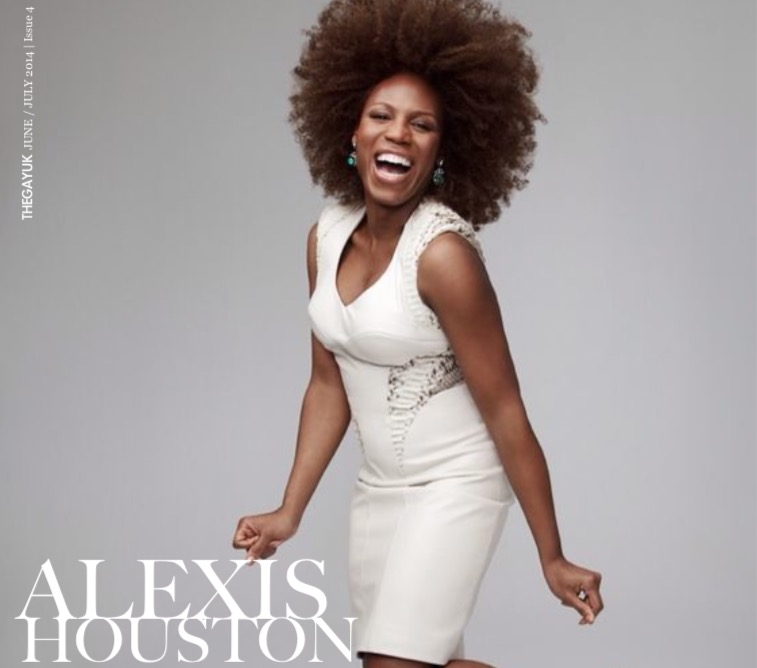 Say what you will about Alexis Houston, Whitney’s half-sister, you can’t deny her persistence, her undeniable talent or ability to divide opinion. In 2010 Alexis rocked the tabloids and gossip websites, when rumours about her real identity were thrown into dispute. It wasn’t long before she was branded a liar and a 60-something-year-old man born in the Bahamas. We speak to Alexis to clear up those rumours and get to the bottom on who the real Alexis is. Will the real Houston please stand up.

JH: So where are you today?
AH: Today I am in New Jersey, This is home base… This where I’m from…

JH: So do you go back to the Bahamas much?
AH: I haven’t been for a lot of years, but my husband’s been trying to convince me we need to go on a nice vacation (laughs). It’s just trying to find time to take a vacation.

JH: You’re a very controversial person… Let’s not beat about the bush…
AH: Yeah… Well the story around me is controversial!

JH: So there’s no way we can have an interview with you without going into that controversy…
AH: You have to… You have to…

JH: Where did that even come from?
AH: I don’t know, it’s just this insidious nonsense that just goes on and on. I don’t know whether it’s because they thought I was a lesbian because I wouldn’t date guys in the office – I just don’t know where it comes from…

I remember the first time it came out was May 2010. Almost four years ago. I get a call from my manager. At the time it was just one gossip website, by the end of the afternoon, there were at least 50 of them. So they were all quoting each other.

JH: RadarOnline?
AH: Yeah that’s where it started – and firstly there was this rumour that I was dating a television host here in the states, he hosts the big morning show, someone I had met casually and on the job and didn’t even think about… At the least, they could have said, Obama or something or Denzel or LL Cool J, somebody… you know! And from that it spinned of to. ‘you know, well, he’s probably some old man…’

At that time I had been communicating with Donna Summers, because she was dealing with some stuff at home and she called me up and said, ‘Hey I know you’re going through a challenging time, but don’t worry, they said the same thing about me, when I was carrying my children’. So I felt kinda comforted – and then I got the same sort of support from Lady Gaga who says, ‘Just have fun with it…’

I don’t know, it kinda works with Gaga the whole controversial thing, but for me, I’m just home writing songs, Just want to be a writer-producer and now I’m thrown into this public foray whether I’m a transgender person or not. It was scary initially. It gets a bit intense because now everything that I do is preceded by this. Every interview. You have people who are worried about you and it kind of stymies a lot of my hard work.

JH: So the focus is always whether who you say you are rather than the music – but isn’t it just rude to question your gender and background?
AH: It is, but this is after four years of dealing with this. It is rude, it’s insulting. The reason why I’m so willing to speak about it now, didn’t want to initially, but I want to talk about it now specifically because, what has happened and what I’ve experienced over the years is that there are people who have refused to do interviews with me because I’m maybe transgender or the Whitney story or whatever. I’ve come to place in my life where I’m kind of infuriated – and people should be, especially people from the LGBT community should be furious because it almost sends the message that, ‘if Whitney’s sister is transgender she is less valid, her work is less valid, her art is less valid’ and how dare people make that judgement of others. That’s what has gotten me, can I say pissed off? And that’s the reason I’m addressing it.

If I’m transgender or I’m gay or whatever, then so be it – yeah, but my work is still valid.

JH: And why Wellington, the 60-year-man people are saying you are… Do you even know who he is?
AH: Oh yeah, he’s 50-something years old, and I’ve worked with him and he’s family. We’re related by marriage and it’s crazy that they chose him. But when I started out in this business, I had just graduated from university. I was young, and a lot of time I would have people make phone calls on my behalf, at one time it was Wade Perry out of Whitney’s office and one time I had Wellington help me.

I couldn’t afford to have expensive people working with me so I asked my family or my friends and I said this is what you need to say on my behalf… and that was his involvement in my life.

JH: So a new album and new you… A lot has happened since your 2010 release!
AH: Yes and this time I’ve gotten married to my best friend and we’ve got babies and I lost my sister and I’ve dealt with the difficulties being in this business and running businesses. I run my own management firm. The past few years have been bittersweet.

My husband’s name actually means My Light and I thought, great I’m going to use that as a focus for this project.

It’s not all happy happy Kum-Ba-Yah type of songs, but it’s an uplifting project, but in order for us to appreciate the positive things and the happiness and the maturity you also have to frame that with the hardships from which it all has come from. So you can compare and contrast. So the song ‘Light’ is about self-empowerment not living your life to please somebody else, not living half a life because you’re afraid of being yourself and stepping out there and perhaps afraid of being criticised like I was. Then you have songs like ‘Morning, Noon and Night’, which is a song about love and romantic love from a grown-up perspective. My mother will probably skip that track on the album, but I’m a grown-up, I’m a woman and I have a husband and we communicate. We are sexual beings and lovemaking is a big part of our communication and it’s the same for everybody else out there.

I hope that with this new project that I get to bring people into my life, my world and get to know the real Alexis a little bit more than they did before.