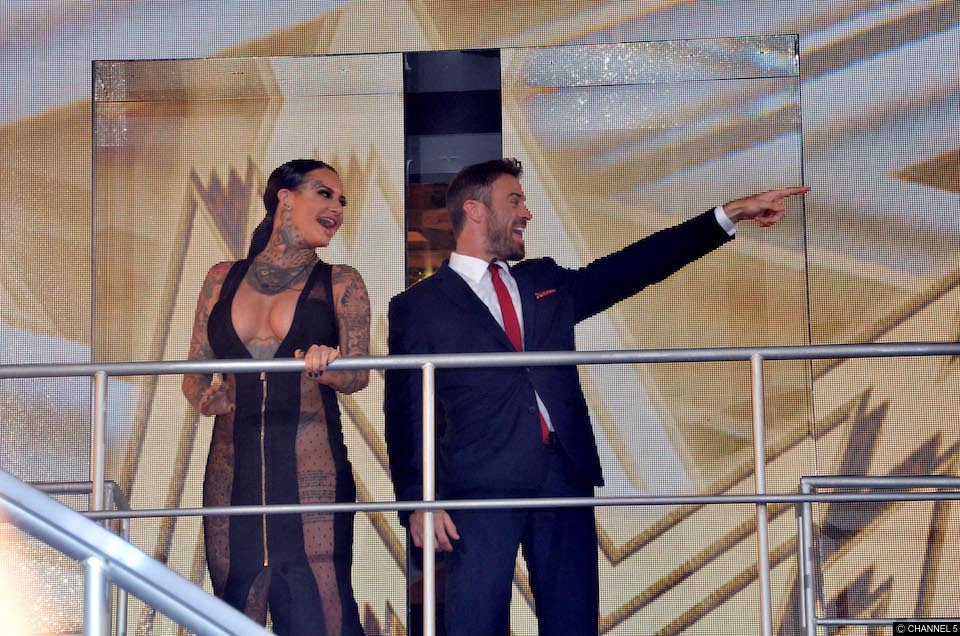 After 15 housemates walked through the famous CBB doors, and three and a half weeks in the Celebrity Big Brother house, this summer series of CBB draws to a close.

SIX housemates – Jemma, Sarah, Chad, Ameila, Derek and Sa, were left to compete to win the crown. Since Tuesday night, viewers have been voting for their winner of Celebrity Big Brother Summer 2017 and during tonight’s 9pm Channel 5 live final, Emma Willis revealed that Jemma and Chad received the least votes, and have taken 6th and 5th place. The pair left together, greeted by Emma, to a mixed reaction from the crowd.

In her post eviction interview with Emma, Jemma confirmed,

‘I’m loving it, thank you to everybody! I didn’t think I’d get on this show for a start! To be in the final to me, it’s still winning. Getting to the final is winning!’

Jemma continues, ‘I’m upfront and honest, it’s how I am.’

On her experience, ‘I didn’t know what to expect to be honest. I’ve definitely toned it down from how I would have behaved last year, I’ve shown a different side to me. I know when I have a drink I can be different and aggressive, my manner can be ‘get in ya face’. You get caught up in there! I get a kick out of being right!’

On Sarah, ‘I think we’re similar, she reminds me of me when I was younger. She’ll want attention from others…’

Chad spoke to Emma, he said:’I had no clue what I was getting into! This was an opportunity for me to be myself. In the first week I was figuring out if people were acting and who was real and fake.’

On Amelia at the start, ‘I did want to go on a genuine date with Amelia.’

On Sarah, ‘The thing with Sarah, with her it happened naturally. Hanging out with her things happened over time. It grew and grew with me and her. I hope things will keep going, we’ll go on a holiday.’