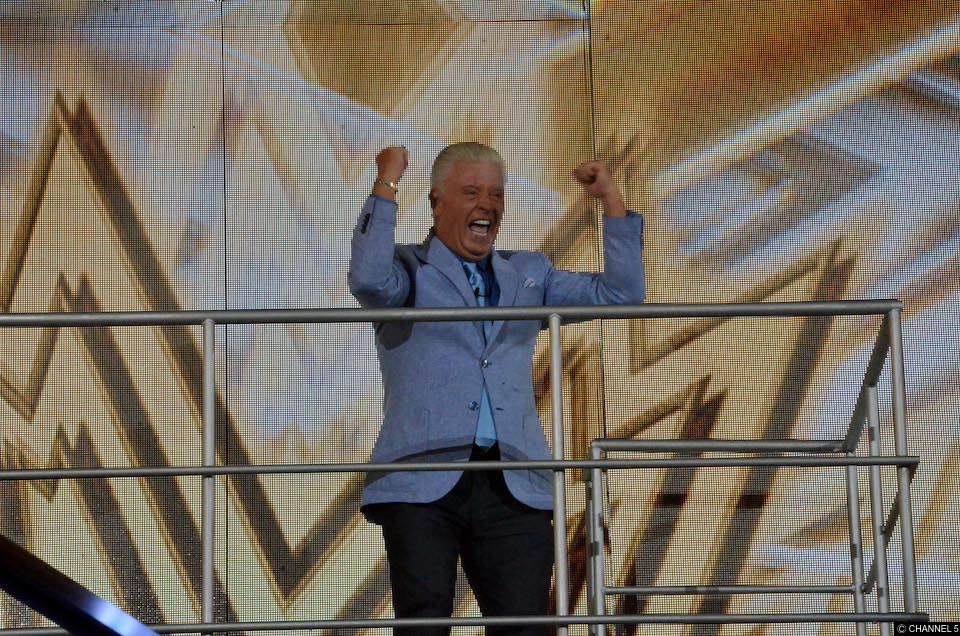 Derek and Sam finish in fourth and third place in the Celebrity Big Brother Summer 2017 live final, leaving Amelia and Sarah still in the race to be crowned the winner.

Emma Willis revealed that Derek had taken fourth place. He left the house and was greeted by Emma and cheers from the crowd.

Emma asked if he skipped down the stairs because he couldn’t wait to leave, “Absolutely, that was at the forefront of my mind…escape. But in a nice way.”

On making it to the final, Derek told Emma, “Before I came into the show I said I’ll be a week, I’ll be the first to go, I just felt it. And there’s me a medium, so it just shows you.”

Emma asked who Derek found the most fascinating to people watch and he told her,“I would said Paul. Brandi when she was on fire. Shaun for his calmness and the walking around the garden in the daytime in his shorts. He was ready for all weathers.”

Derek would like to see Amelia win the show.

Emma announced that Sam is the third place housemate.

On being out of the house, Sam told Emma: “I have nothing left. What an experience though. It’s surreal to get to the final.”

Emma asked if Sam thought he might win and he replied: “Thing is, no matter how much banter you bring to the table, I don’t think you can beat Girls Aloud. I think Amelia should win it, she’s like the sweetest little thing ever.”

Emma quizzed Sam about Amelia: “It’s classic Sam. I’ve just come out of a very long relationship. When you’re in a place with someone for three weeks and there are three rooms, like you’re obviously going to get attracted to certain people like magnets. She was like my friend first, I always found her attractive and she’s amazingly talented. One of my biggest regrets is saying so early on in the show I fancy you I’d quite like to take you for a drink. Because once you say that, in there it’s amplified from zero to a billion.”

Talking about his ex, Sam told Emma: “You can’t switch them off after three years, you can’t do it. You’d be lying if you said you didn’t feel anything for them. I don’t even know if I’m ready to get in a relationship.”

On Jordan leaving the house, Sam said to Emma, “It was really hard. I didn’t realise how hard it was going to be. I think he should have got a lot further than he did. Once again like Amelia, she was a constant positive. You don’t realise who’s a rock until they’re gone. Simple things like who’s going to watch my back when I take a poo.”