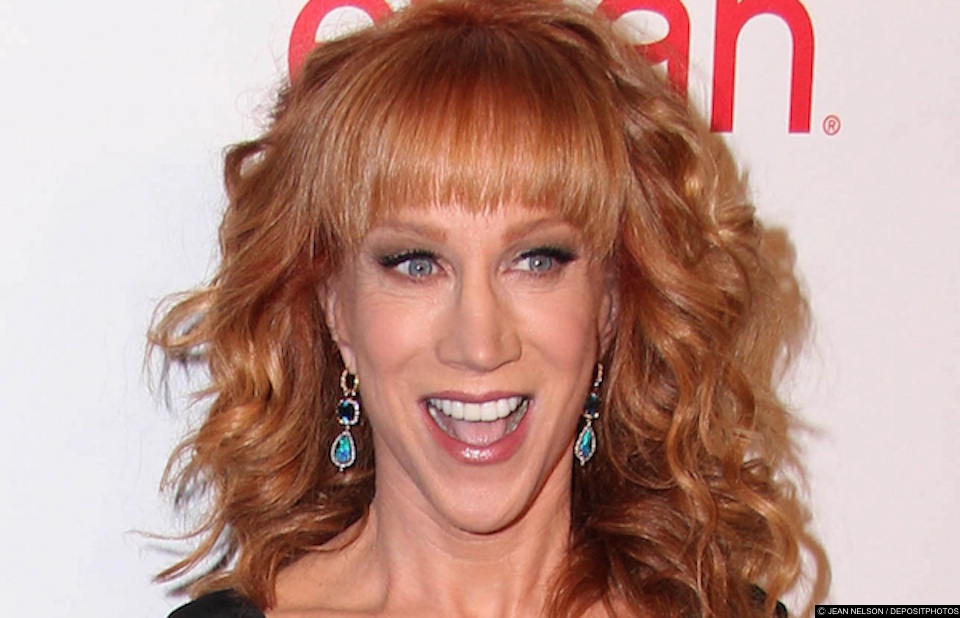 Kathy Griffin has railed against “the Donald” after it is revealed she is under investigation by the secret service.

Kathy Griffin is apparently under investigation by the secret service after pictures of her holding a bloodied mask of Donald Trump’s head emerged on the Internet. The comic spoke about her life as a comedian during a press conference and accused the President of trying to ruin her career.

“What’s happening to me has never happened,

“A sitting president of the United States and his grown children and the first lady are personally,

“I feel, trying to ruin my life forever.”

Griffin also went on to say that she didn’t think she’d have a career after the picture incident, but was not afraid of Trump and called him a bully. She said,

“I’m not afraid of Donald Trump,

“He’s a bully. I’ve dealt with older white guys trying to keep me down my whole life, my whole career. I am a woman in a very male-dominated field.”

She also revealed that she had received constant detailed death threats since the pictures were published.

The comedian apologised for the image earlier in the week, saying she said she had gone too far. President Donald Trump said that Griffin should be ashamed of herself and that his 11-year-old son, Barron Trump had been traumatised by the image.