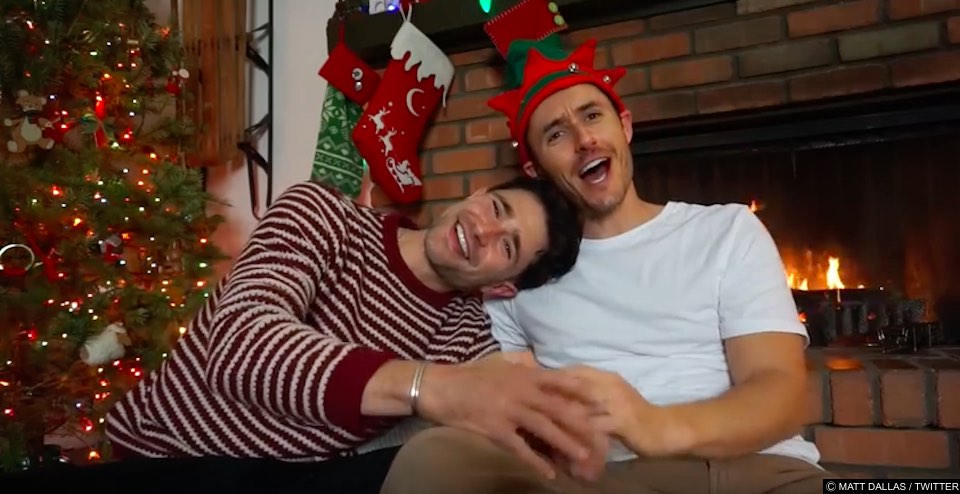 Matt Dallas and his husband Blue Hamilton have adopted a gorgeous son.

The former star of Kyle XY and his musician husband Blue have adopted a son called Crow and announced the addition to their family to the world via their YouTube channel in the world’s most adorable Christmas video.
The couple, who married last July had originally planned to foster Crow for a period of six months, but in reality, the couple fell in love with their adopted in a “six minute trial” in the car ride home. The duo made plans to formally adopt the child immediately.
But before the pair could announce their news, Crow shouts “Daddy” from outside the camera’s view. The pair then officially reveal their son to fans in possibly the cutest video of 2015.

Speaking about why they chose adoption over surrogacy Dallas said,

“There were just a lot of kids that really needed homes,

“There’s kids and babies waking up in office buildings, waking up in group homes. People that work for the state just don’t have enough time or resources to get to all of them.”