REVIEW OF THE 2018 FILM YEAR – Bring on Cher, Abba, Freddie Mercury, Elton, The Stath in swimwear, Jude in lycra and loads of Zac and the Rock. 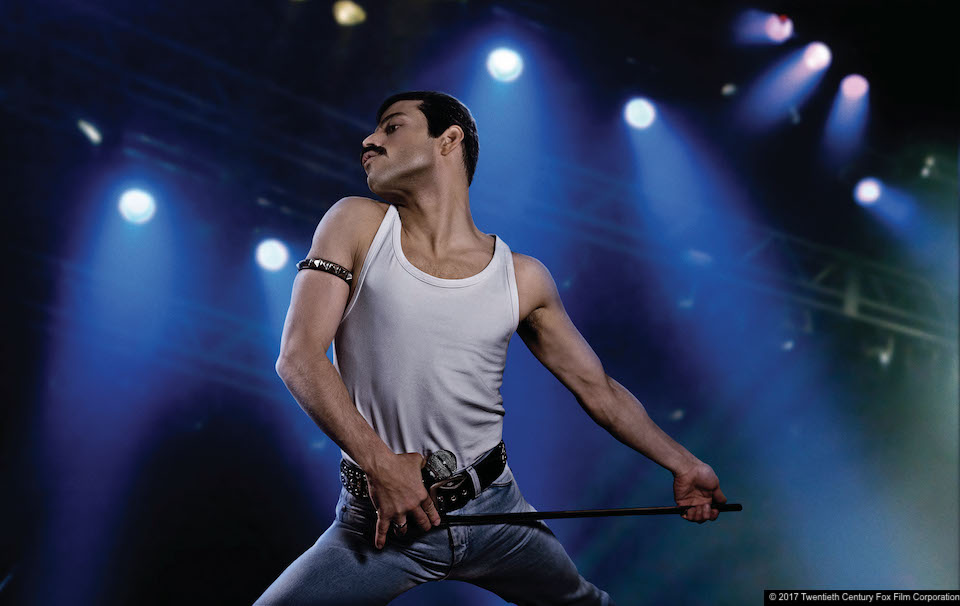 Could 2018 be the gayest year in Cinema?

Hollywood is always after the pink pound, and this year gay bums on cinema seats are more sought after than ever as the world’s top directors and hottest stars line up what will almost certainly be the biggest year ever at the Box Office and certainly the queerest. So what have our favourite studios and studs got lined up for you?

A quick glance through the release schedules has us salivating. We find our wish lists in full with Channing Tatum in uniform in a musical, Jason Statham spending two hours in his swimwear, Chris Pratt in cowboy kit (again) and new musicals from Elton John and Freddie Mercury; Cher takes over the Mamma Mia sequel, gay films winning at the Oscars, and of course, the unbelievably six-pack Zac Efron’s next movie is even called Beach Bum…  super gay or what?

Hollywood has long ceased to be inventive falling back on sequels aplenty, blockbusting Superhero films and kids’ movies together with instant recognisable nostalgic brands and this year that is the case more than ever. We are sure you are all gagging for arrival at your multiplex in a few months time of Mary Poppins Returns, The New Top Gun, Predator and even Johnny English all back in 2018 after lengthy breaks.

Let’s start with the Awards baiting films. The big news is of course that two out and out gay films namely Call Me By Your Name and God’s Own Country are big in nominations across both the Bafta’s and Golden Globes in 2018  which should mean the Oscars follow. Will one of them go one better than Brokeback Mountain and win the top trophy for Film of the Year for us shirtlifters everywhere. What is undeniable is that gay cinema and same-sex love stories are now box office sure things which is all good. Of course, there are plenty of other big trophy grabbers out there such as Three Billboards, Shape Of Water, The Darkest Hour and what every gay man has wanted for Steven Spielberg to get his hands on Meryl Street for the first time in 40 years in The Post (and Tom Hanks for the 6th time!)

Sequels wise the big news is Jurassic World: Fallen Kingdom which is vying for biggest film of the year. Also you are getting The Incredibles 2, Mission Impossible 6, Cloverfield 3, Wreck It Ralph 2, 50 Shades Freed, The Girl With The Spiders Web, a new Pacific Rim, Creed 2 with added Dolph Lundgren, The Purge: The Island, Maze Runner 3, Equaliser 2 from Denzel, loads more and of course top of every gay man’s list mid-summer we get Mamma Mia: Here We Go Again. Meryl is out, Cher is in as her mother, and everyone else is back in a story of how Streep’s character (SPOILER ALERT who may be dead in this film) conceived her daughter in a prequel with all the same ABBA songs just in a different order this time.

Reboots also abound with Taron Egerton doing a younger sexier Robin Hood, Tom Cruise doing Top Gun: Maverick (wasn’t he the in the first homoerotic flyboy movie), Muscleman Jason Mamoa takes time out from Aquaman to bring back The Crow franchise, The Grinch is here for Christmas again. There are live versions of The Lion King and The Jungle Book (Yes another one) plus Oceans 8 and Halloween cancelling out all its previous sequels. The first Transformers offshoot comes at year’s end with everyone’s favourite Bumblebee and just six months after The Last Jedi the Star Wars universe gives us the story of Hans Solo’s early days and how he found his inner Wookie in ‘Solo’ in its original lucky May release date.

Marvel and DC are bringing out all their superheroes during the year. Marvel to celebrate its ten year anniversary gives us Avengers Infinity War (Pt1) with every one of their characters from Iron Man to Thor, via Captain America, Spiderman, Deadpool and all the Guardians of the Galaxy plus many others all in one mega battle movie. We get THREE, count them, X Men films one being a horror; Venom, Aquaman and Black Panther get their debuts and Deadpool, and Ant Man and The Wasp are welcome sequels.

We are mostly looking forward to Venom as the thought of two hours of Tom Hardy in spandex works for us.

Our other leading movie star donors to our wank bank will also be keeping our wrists busy. The Rock is fighting giant animals in The Rampage and doing a Die Hard remake in The Skyscraper next to his reboot of Big Trouble In Little China. Channing Tatum is lining up the airborne musical The Wingmen, James Franco fresh from winning endless trophies for The Disaster Artist has possibly eight films out most notably the comedy Zeroville. Leonardo is bringing us the ‘Italian Sherlock Holmes’, Jude Law does the Forbidden Beasts sequel (as the oh so straight Dumbledore from Harry Potter as well as his first superhero in Lycra Captain Marvel. Ryan Reynolds does an X Men film, Gosling is Neil Armstong on the moon, Chris Hemsworth is heading for Star Trek, and Chris Pratt dons his Magnificent Seven chaps to frame his perfect ass in a Billy The Kid Westerner. Tipped as the biggest new film of the year is Jason Statham The Stath with his biggest budget yet in the underwater The Meg where he battles a giant shark and no doubt will have his kit off for most of the movie as per usual.

At last, we get the Freddie Mercury movie Bohemian Rhapsody which stars Queer as Folk and Game Of Thrones Aiden Gillen and Mike Myers. Elton follows up his Lion King soundtrack with a bunch of new songs for Sherlock Gnomes and Will Ferrell also does a comedy version of the Deerstalker wearing detective. Pixar gives us two movies in the year (very rare) with The Incredibles 2 and outstanding Coco. The superb Peter Rabbit voiced by James Corden goes for the Paddington style money grab, Aardman gives us Early Man but the best family film by far seems to be Wes Anderson’s stop-motion Isle Of Dogs as a boy searching for his lost pup must be a sure-fire winner.

2018 will be a massive year at the cinema. With over 780 huge releases, that is more than two per day cinema goer’s and gay men looking for the hottest stars will have to be more discerning than ever. We will bring you all the best gay movie reviews on release at THEGAYUK to help you pick the Nick Jonas’ from the Nick Nowles’ and not miss any of that all important film star flesh count.

So whether you have been waiting for Melissa McCarthy to film with The Muppets, James Cameron to return with Alita, Gerard Butler to flex his muscles in Den Of Thieves, Peter Jackson to leave his Hobbits behind finally and give us Mortal Engines or Steven Spielberg to make what could be the biggest film of his career in the phenomenal Ready Player One this is going to require one hell of a lot of popcorn for the next 365 days.

Chris Pratt will have the two biggest films of the year (Avengers/Jurassic) and replace The Rock as the world’s most popular and expensive film star.

A massive queue of movies will mean that many sure-fire films will just not find their audiences and screen space, and in what should be a superb year for women.

In other spheres our tips for the flops at this early stage are all female-led as we foresee problems for Jennifer Lawrence’s Red Sparrow, the expensive Wrinkle In Time, the new Tomb Raider and the all-female Oceans 8 which all look average in preview in a Ghostbuster’s reboot way.

10 Solo but watch for Peter Rabbit as a dark horse