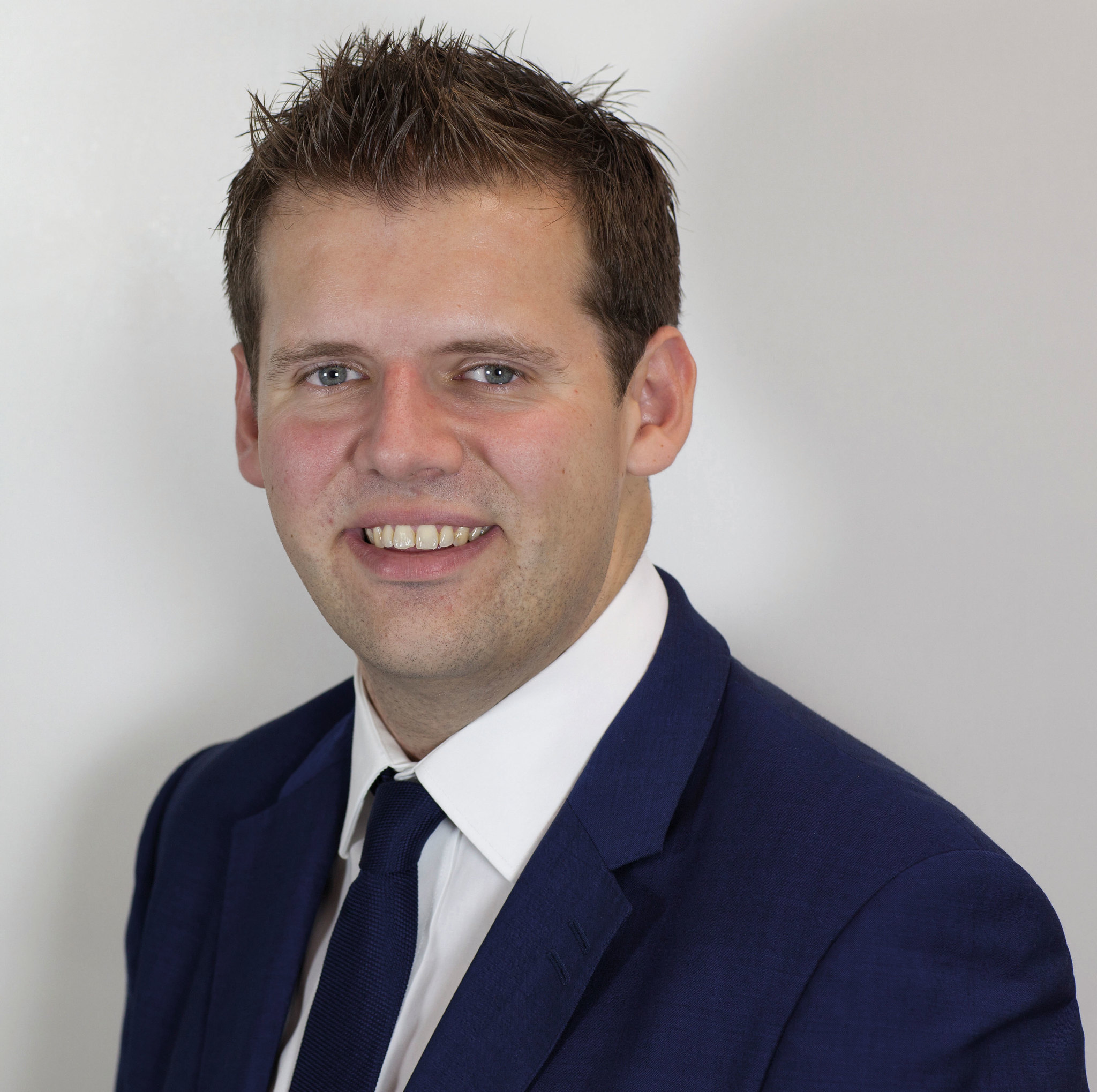 When Theresa May first announced a she would go to the country, I approached my editors with a rather audacious idea – to interview as many of the openly gay MPs as we can ahead of the general election on 8th June. Since then I’ve begun e-mailing MPs from across the political spectrum, with more e-mails going out this week.

The first response I got was from Ben Howlett, who has served as the Conservative MP from Bath since 2015. Mr Howlett joined the Conservative Party over 10 years ago, working first for Douglas Carswell and then later for Tory MEP Syed Kamall. Since being elected in the Tory landslide two years ago, Mr Howlett has served on the women and equalities select committee and has been an outspoken campaigner for remaining in the European Union and, subsequently, within the European Single Market. He is also a proponent of LGBT equality and was a fierce critic of homophobic bullying within the Conservative Party following the suicide of young Tory activist Elliott Johnson.

THEGAYUK spoke with Mr Howlett over the phone. This interview has been edited for clarity and brevity.

TGUK: Your seat is one of the marginals most targeted by the Liberal Democrats. How are you feeling?

Ben Howlett: I’m just carrying on what I normally do. Knock on doors, attend community events, and I’m actually fine on that basis. Unfortunately the Liberal Democrats, for them anyways, selected someone who isn’t from Bath. I’m a little surprised by their choice of candidate, to be honest.

TGUK: You once repeated allegations that Tim Farron told gay MPs he would “pray for them,” which he strongly denies. But amidst the uproar over his comments on gay sex, this has become more prescient. Do you think Tim Farron is homophobic?

BH: Well, it’s really for Tim Farron to say. However, I know anecdotally and from alleged conversations, exactly as I said on the select committee – so I’m not going to refute what I said on that basis. Tim’s obviously got some very interesting views on the LGBT community. I just think it’s an absolute shame that it took him nigh on two and a half years to come out and say that homosexuality isn’t a sin. Now why he couldn’t say that two years ago, I have absolutely no idea.

TGUK: The majority of Conservative MPs voted against equal marriage, and just last week Andrew Turner stood down, ostensibly at the behest of CCHQ. Why should the LGBT community trust the Conservative Party to advance our interests?

BH: Well the Conservative Party has gone through a journey ever since I’ve been a member. And there is a broad church of views. I don’t agree universally with things that my colleagues all say. But on the issue of gay marriage in particular… look at what’s happened over the last six years in particular, since I’ve been more formally involved. We’ve seen equal marriage pushed. We’ve seen, for the first time, the government listen in relation to the transgender community by responding incredibly positively towards one of the most discriminated groups in society. And I’ve been working and leading the charge on transgender policy issues ever since I’ve been an MP. So it’s incredibly refreshing to see how the Conservative Party in particular is really fighting for the rights of the LGBT community and also pushing an equal opportunities agenda.

TGUK: Do you think that the spousal veto will be something that’s addressed in the next Parliament?

BH: Well the government’s obviously made its case in relation to the spousal veto, saying in relation to our common law agenda they need to review it an see how equal marriage has been working in practice for a certain period of time. I get that. If you ever make a massive change to the common law system in relation to British law, than it’s going to take some years to embed. I personally have campaigned hard for the spousal veto to be removed in the English system…. But it is absolutely, managing everybody’s expectations, a legal nightmare to get this changed. We know how long it took to get equal marriage done. It’s not going to be an overnight change.

TGUK: This is being called the Brexit election. You supported the Remain campaign. Do you still think we should remain in the EU?

BH: I haven’t changed my mind. If there was a referendum tomorrow I would campaign to remain. However, it’s not in the cards. We’re now in a very different circumstance. I’m working with my good friend Neil Carmichael, who’s the MP for Stroud, on something called Modern Europe… I think I need to redouble my efforts to make sure we’re campaigning hard for that new modern relationship with the European Union.

I have to say, there’s a huge amount of work that we need to do to shift the mindset of the public which has been moving towards a Eurosceptic mindset for the past twenty years. In the here and now, we have to deliver strong government to make sure there is a mandate to deliver a zero tariff free trade agreement with the European Union. I know that’s 100% our top priority. That isn’t some sort of hard, soft, left right, whatever type of Brexit you want to call it. This is a sensible Brexit that will keep the European Union together and also make sure the British public secure the best possible deal from the European Union.

TGUK:  Why should our readers trust this government to deliver a Brexit that’s in their interest?

BH: You will have seen the work that I’ve been doing with my women and equalities select committee with the impact of Brexit on equalities. The UK is signed up to literally thousands of international obligations when it comes to equalities legislation. Parts of the European Union are very behind on LGBT rights, and even the UK has got its own issues in relation to LGBT rights. Particularly, obviously, in relation to the Northern Irish issue.

So what we’ve got to do is work with everyone in the world – and I mean everyone in the world – in relation to the UN’s sustainable development goals, particularly goal five as well, in order to enhance the position of equality around the rest of the world, and in the UK, and in the European Union. I think there is as many positives as there are negatives in relation to our relationship with the European Union on equalities legislation, and what I want to make sure is that Britain is an open facing, global nation that’s going to steer the world towards the positives of LGBT rights rather than the negatives. And this could be a very good opportunity for us to deliver that.

TGUK: So would you lobby the government to enshrine LGBT rights in any Great Repeal Bill or any repeal of the Human Rights Act, which I don’t think is in the cards right now but could be at a later date?

BH: So in relation to the Brexit negotiations, we made a report on the women’s and equalities committee on a range of different issues towards equalities. And we called on the government to make sure they embed, enshrine, and enhance our equalities legislation during the Brexit discussions, particularly in relation to the Great Repeal Bill. But also all the other types of employment legislation attached to it…

And don’t get me wrong, I’ve had battles with colleagues in the European Parliament who are not necessarily on our side with LGBT, in particular transgender rights, issues. In some instances we’ve found we’ve been held back in favour of a more supranationalist approach towards equalities education. So potentially no longer will we be held back and we can actually be seen as a true bastion of equalities legislation for the rest of the world as we exit the European Union.

TGUK: Gay men are being tortured in Chechnya, yet the Prime Minister has been largely silent. You’re a Conservative MP and an out gay man. Why won’t she speak?

BH: Well as I know for a fact, as I’ve had conversations with her, she’s spoken up on a range of different sessions with leaders around the world on issues of LGBT rights. Chechnya is one example. I know the Foreign Office has been incredibly active in relation to Chechnya. As an MP myself, I helped form the all-party parliamentary group on LGBT international rights.

We should be doing more to push the case that wherever you are in the world, any persecution of the LGBT community is abhorrent and should be stopped. I think there is a huge opportunity, by the way, for thinking of this more in the long term. Whenever we’re striking trade deals with other nations around the world, and also the European Union, that we also use that as an issue to enhance our views and also to change their views in relation to LGBT. Because we have an amazing opportunity here to deliver change… why can’t we use this as an opportunity rather than a regression?

TGUK: Should asylum be granted to gay men from Chechnya or should we extend asylum for LGBT people around the world?

BH: Our all-party parliamentary group has made recommendations on this particular issue, not just Chechnya but around the rest of the world. Britain’s got a huge responsibility to accept asylum seekers wherever they’re coming from if they face persecutions, according to our international obligations and our moral obligations, as well. We should take people in wherever they face persecution, and protect them.

In relation to Chechnya, I know the Foreign Office is dealing on a case-by-case basis with individuals who have claimed asylum from there, and they’ll be looking at their individual cases. But we have to do more to make sure that, at source, countries aren’t persecuting the LGBT community… Wherever it happens, it shouldn’t, and we need an international movement to stamp it out.

TGUK: What’s the most pressing issue facing the LGBT community in this election?

BH: It’s about making sure they have someone in post to negotiate the best possible deal with the European Union. I’m not going to give you the “strong and stable” buzzline which has been going on, but compare and contrast what Jeremy Corbyn is offering in relation to his approach. For two years I’ve seen someone stumble and fall at the dispatch box in the House of Commons on regular occasions. This, versus someone who’s got six years worth of proven leadership in the Home Office then also as Prime Minister, to stare in the eyes the leaders of Hungary, Poland, and also Germany on equalities education. Trust me, I know who I’d rather back as our chief negotiator in our Brexit negotiations on equalities legislation. She’s got a proven track record of delivering leadership when it comes to the LGBT community, and no less than at a time when we were pushing through equal marriage, and she was central to that.

She’s definitely a friend of the gays, put it that way.