The Bromans all got bare within 5 minutes 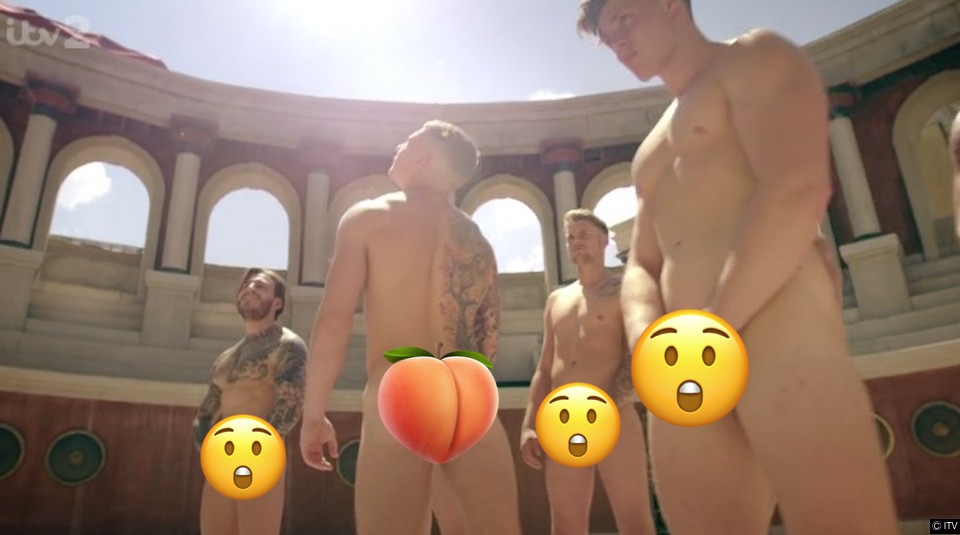 I mean what are we watching exactly…

So ITV2’s new reality show, Bromans, you can catch up with the first episode on the ITV hub, seems to have lots of ridiculously hot straight couples, doing Roman type things and not wearing very much (which, of course, we don’t mind at all). In fact, for us, it’s the only reason to be watching.

The first episode had the boys take off all their clothes – within the first five minutes – which resulted in a lot of peen show. The girls then had to dig around in the dirt to find their respective partner’s Roman outfits – which also didn’t leave much to the imagination.

So get your peepers around these rather hot guys in their altogether!

So if you want to see men in the altogether and their girlfriends digging around in the dirt – then this is the programme for you.