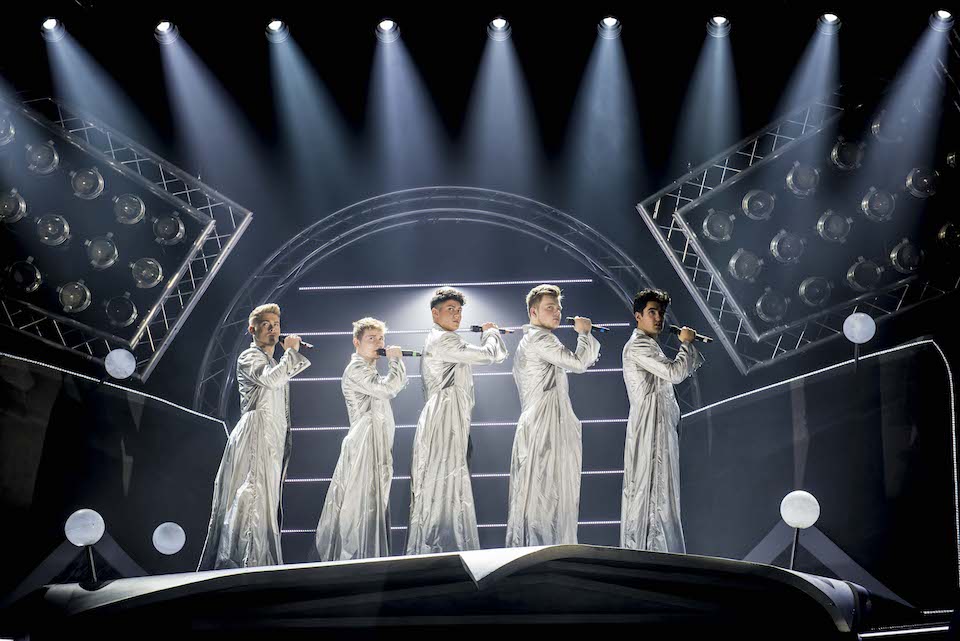 The Band surpasses all expectations and is a crowd-pleasing, foot tapping, fun packed show crammed with genuine warmth and emotion at its heart.

In 1993, teenager Rachel and her best friends are obsessed with The Band, and sneak off behind their parents back’s to a concert where, on the way home, they discuss the future, make promises to each other and swear that they will be best friends for ever. But when something happens that shatters their world, the girls go their separate ways. 25 years later, The Band brings them back together, when Rachel wins a competition to see them in Prague, and decides to invite the group she had lost touch with. But with an awkward reunion on the cards, it’s going to be a trip they will never forget.

What elevates The Band high above other jukebox musicals is the story written by Tim Firth. Firth successfully interweaves great characterisations with nostalgia, comedy and genuine emotion in a heartfelt story about friendship, self-belief, realising that it is never too late to achieve your ambitions and that life doesn’t always pan out how you planned.

The back catalogue of Take That songs is ripe for the picking, and with plenty of hits spanning their 30-year-career, including Relight My Fire, Greatest Day, Prey, Shine and Back For Good, the show primarily presents the musical numbers not as standalone songs, but almost as if it is the soundtrack to the character’s lives; and cleverly places them naturally into the story; meaning that they are there to support the narrative and not because the fans expect them to be shoehorned into the show somehow.

In a cast which is fairly faultless and which works incredibly well together, Rachel Lumberg excels as Rachel, the bubbly woman whose love of The Band brings her friends back together; Alison Fitzjohn provides many of the laughs as the self-depreciating Claire and the young ensemble who play the teenage friends are brilliantly put together.

As for “the Band” the Let It Shine TV show winners,  were everything you would expect; putting on a great performance as they belted their way through the musical numbers,  singing and dancing their hearts out with confidence and professionalism; and looking great to boot.

The presentation of the show, especially for a touring production, is big budget and incredibly well done, with inventive staging, immersive lighting, a solid sound design and direction which keeps the show moving along flawlessly. The production is incredibly slick and polished and barely stops for breath as it speeds along.

The success of the show is how all of the individual elements are present and come together to produce the whole package; and The Band surpasses all expectations and is a crowd-pleasing, foot tapping, fun packed show crammed with genuine warmth and emotion at its heart.