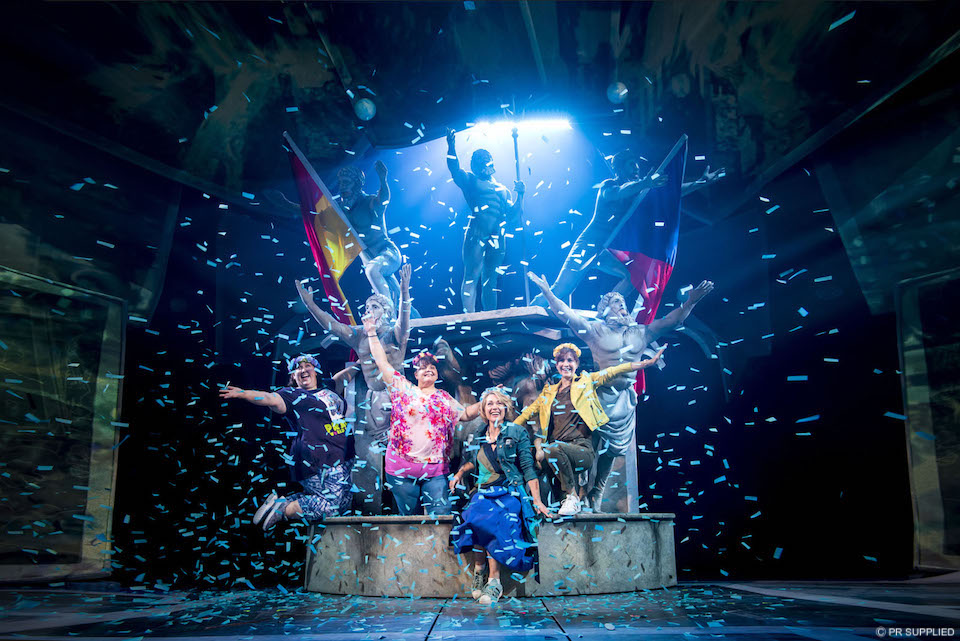 Whoever signed off on this mess should be really ashamed of themselves. Robbie, Howard, Gary and Mark - you listening?

The new show The Band is not, as you might think, a musical about Take That – but it damn well should’ve been.

What we get is a show about four forty-something women who reunite after not having seen other for a long time to see their favourite boy band (now of course no longer a boy band) at a reunion tour concert in Prague. Why Prague you might ask? Because one of the women won a competition to see the band perform there. Why couldn’t one of them have bought tickets to a more local show if they loved the band so much? Well, that would’ve been too easy and would’ve left out one of the major plot points of this show – a broken penis.

Yes, a broken penis. You see, while the women are in Prague, they get a bit carried away and break the penis off of a priceless statue. Now, if this would happen in real life the women would’ve gotten heavily fined, and perhaps jail time. But when said penis, which is attached to a statue that actually does come to life (before the said penis is broken off), with the penis visible for all the audience to see, it makes for one of the most unintentional laughable moments in the West End. It’s not just laughable – it’s shockable! Who signed off on this scene? And this is just the tip of the iceberg. Take That’s big hit ‘Relight My Fire’ is sung while the characters (while still schoolgirls) are on a bus heading home from a concert, with the carefully hand-picked cast of the boy singers dressed up in bondage gear (with horse helmets). And then all of a sudden out of nowhere one of the girls is killed. Hmmm?

Another head scratcher is when the song ‘Never Forget’ is sung by the fab five in an airport lounge. There is also a bit of fat shaming in the show (one of the women is obese). Did I mention that the boys can’t really hold a tune and sing in harmony? Or in tune? Not once is the band introduced as characters, meanwhile, they glossfully sing in the background to scenes that have no real connection to the songs.

This is a jukebox musical that is as empty as a machine with no quarters in it. Sure the songs are great (who doesn’t love a Take That song or two), and one of the women happens to be lesbian, and AJ Bentley has the strongest vocals of all, but what do you expect from a musical show where the singers (boyband) were chosen from a reality television show?

Whoever signed off on this mess should be really ashamed of themselves. Robbie, Howard, Gary and Mark – you listening?