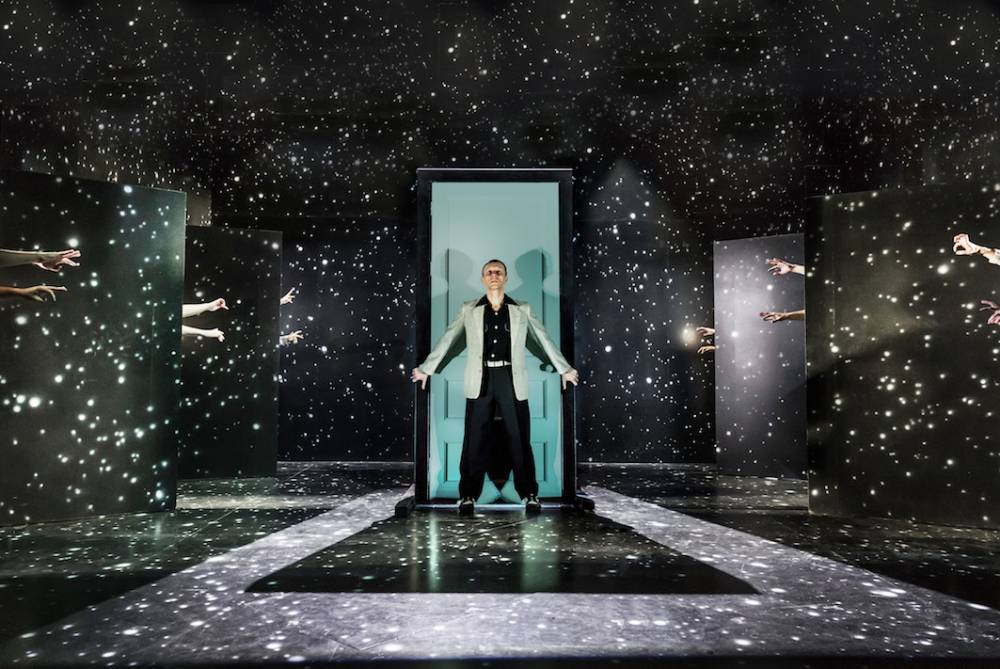 You will travel through another dimension, a dimension not only of sight and sound but of mind. A journey into a wondrous land whose boundaries are that of imagination. That’s the signpost up ahead – your next stop, the Twilight Zone!

Yes, the Twilight Zone is where you landed, also known as the Ambassadors Theatre in Central London, where you will be taken into the unknown, places and situations that could or could not be real, people who may or may not seem who they are, it’s a show with lots of questions and very little answers.

Were there 6 passengers on the bus? Then why are there 7 stranded in the diner? Were there three astronauts in the ship, or just one? Why does the jukebox keep turning on and off? Where do those cigarettes mysteriously come from? Who is that little girl who supposedly lives in the building, and why is she so quiet? Is that actually a black hole to another dimension in the daughter’s bedroom, and is this where she has disappeared into? All these questions and more make up for a night of very little suspense, drama and not a whole lot of terror.

The series of eight episodes, selected by the writer Anne Washburn from 156 episodes from the 1960’s television show does not transfer well to the West End stage. Turning eight 30-minute television programs into a two-hour show, all interweaved with each other, makes for a bit of confusement.

The first half of the Twilight Zone, the television show which was created and hosted by Rod Serling, is a bit messy and lacks suspense because of the multiple storylines, but it’s the second half where the tension keeps you on the edge of your seat. Nuclear missiles are heading towards America, and neighbours are pitted against each other in order to survive, and where one already had a nuclear shelter.

Everyone wants to survive so they try to break their way into the shelter, to no avail, but their true colours are revealed in their quest for survival. Intense Stuff! We are also treated to the ventriloquism of Adriana Bertola and her whisky drinking dummy, she is a genius as her dummy comes to life on stage. How does this all relate to the Twilight Zone? You will just have to buy a ticket and see for yourself.

The Twilight Zones plays at the Ambassadors Theatre until June 2019. Book tickets here.