What is the gay hanky code? And what do the colours mean? 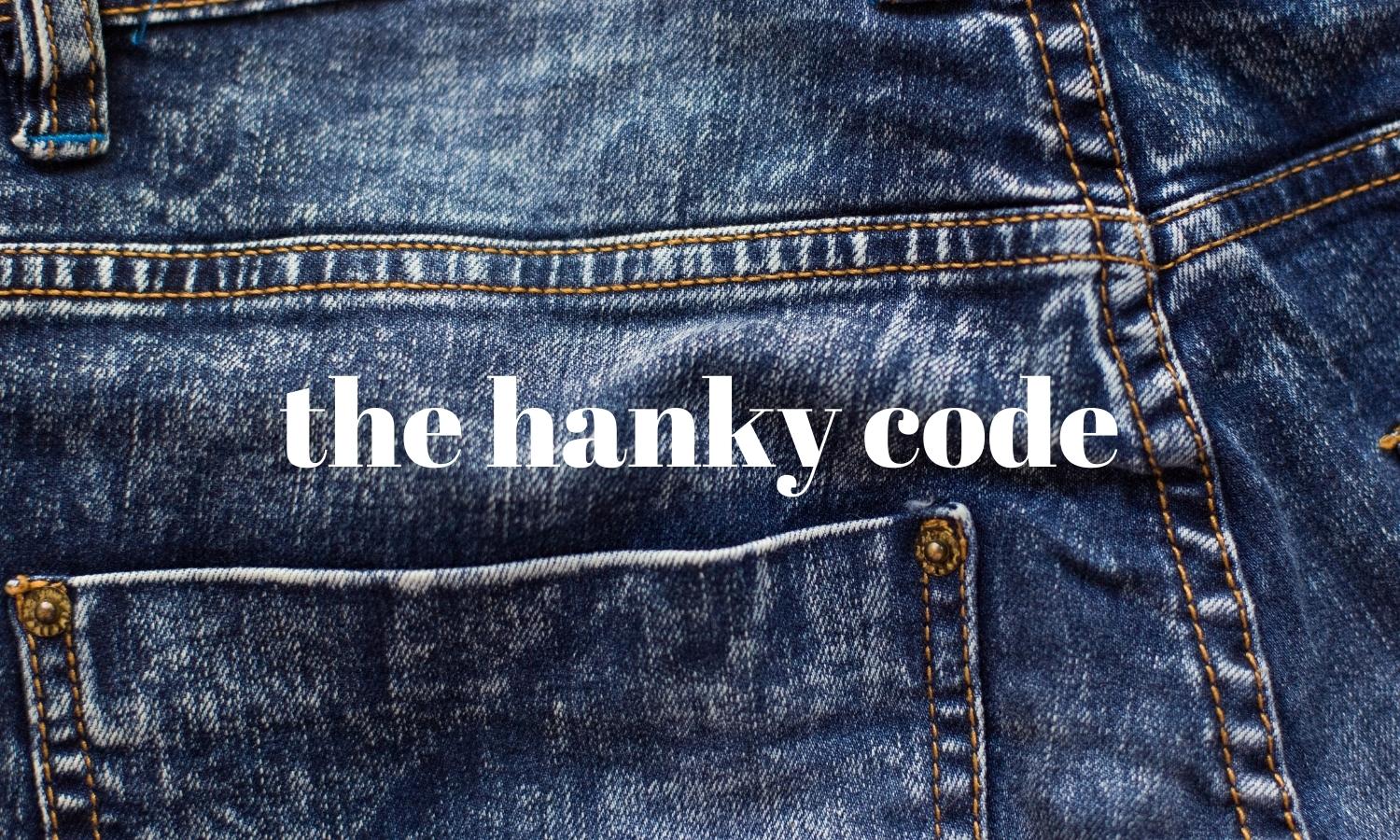 What is the gay hanky code? And what do the colours mean?

Nowadays, finding out what a guy is into is pretty straight forward on dating or hookup apps like Grindr or Scruff. You simple type, “into” and you’ll most likely get a pre-written reply of kinks, preferences and needs – which can read like a shopping list, use this hack to save you a lot of time. But what about the days before the internet? Or indeed how do you disclose whether you’re a top or a bottom or a piss fiend when you’re out and about or at a gay sauna or a cruising ground? Well that’s where the hanky code comes in.

By a stroke of genius someone decided that by simply putting a colour coded hanky in your back pocket, that you could tell all the guys around you exactly what you were looking for.

Where was the hanky code invented?

The hanky code has been around for quite some time (get ready for a gay history lesson).

In 1983 the hanky code was cemented when Larry Townsend‘s The Leatherman’s Handbook II described the code in detail.

By wearing a seemingly innocuous hanky in your back pocket you could tell anybody, in the know, that you were a top, or bottom, whether you were there for a fucking or just wanks. Pretty ingenious.

What are the hanky code colours and what do they mean?

There are over 20 different colours to the hanky code. Here are the eight more popular.

So, what if you’re into more than one thing? Say you’re into piss and a bottom who’s looking for a fucking? Well, my friend, you get a Navy and a Yellow hanky and you stuff them both into your back right pocket.

Looking to buy some hankies? Well our partners over at THEGAYSHOP have these hankies. Go on, be a bit retro and keep this awesome piece of gay history alive and kicking.

Sexpert, sex worker and sex-positive. All things cock, balls and booty. UK-based sex writer who’s looking to bring good sex advice to the gay masses. Always up for trying something new!  Send a message through his profile on THEGAYUK social.