What was it like to live through the 80’s AIDS epidemic? Derek Crowe writes a memoir 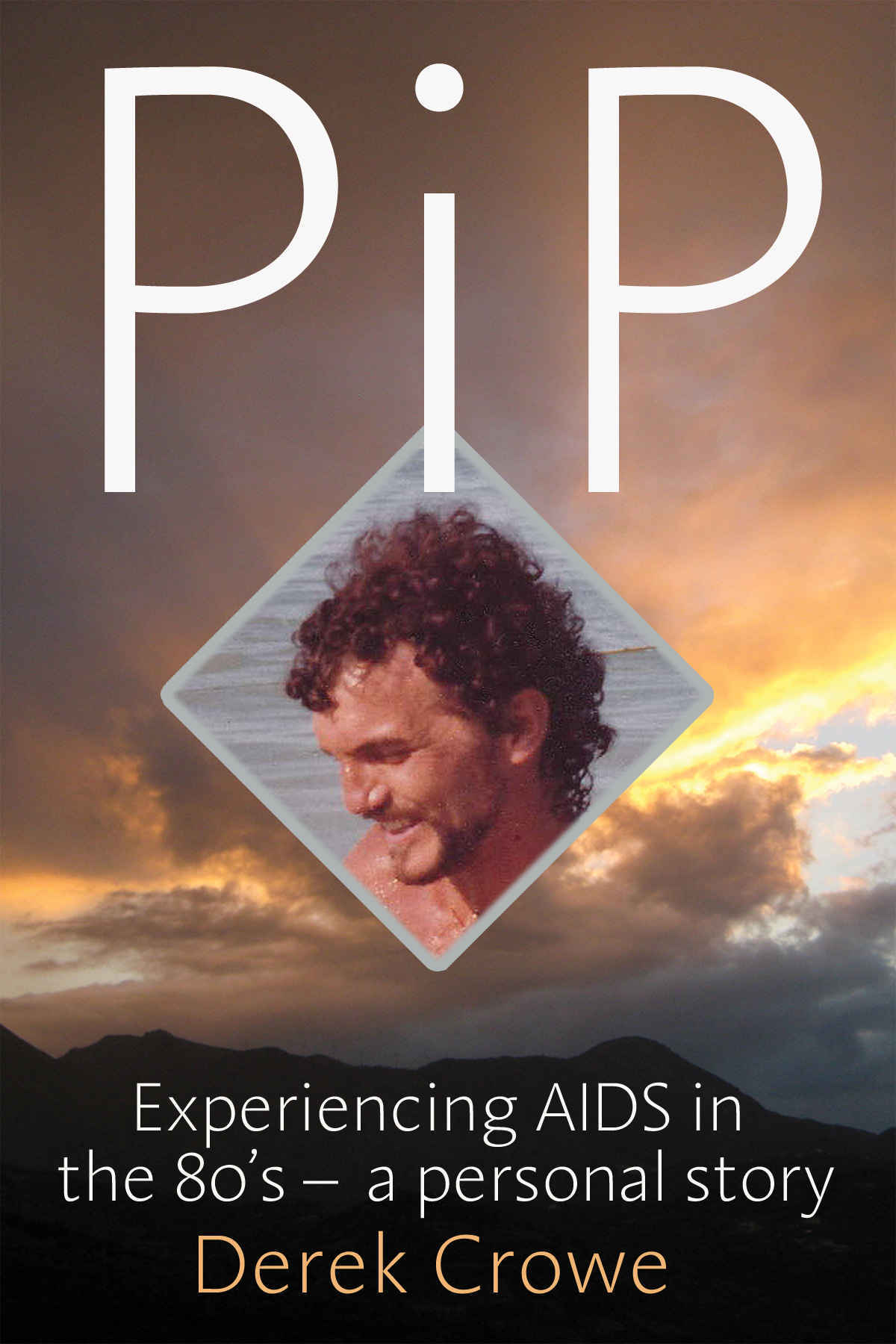 While social attitudes towards homosexuality have improved beyond anyone’s expectations in just three decades, it’s important not to forget the fierce oppression and undue criminalisation gay people faced in Britain’s recent history. Part of that story is the AIDS epidemic of the 1980s.

At that time, Derek Crowe was dealing with the recent diagnosis of his partner, Pip. Little was understood, much of the available help was reluctant and society-at-large had opinions that were a secondary disease in themselves.

In his poignant and ultimately beautiful new memoir, PiP: Experiencing AIDS in the 80’s – a personal story, Derek tells the story so the attitudes of yesteryear will not only never be forgotten, but never be repeated.

Synopsis from the author Derek Crowe:

This story was written 30 years ago and was originally called “Love has no gender”. Initially, it was written as a cathartic exercise after the death of Pip my partner from AIDS.

Much of the reactions to this illness in the early ’80s is forgotten, the fear, anxieties, the bad press and how the government handled what was subsequently to become a big social problem.

My story tells of our meeting, our move to Spain where we opened a salon in the fashionable area of Marbella and the discovery that Pip was soon to be diagnosed with this terrible illness. Due to the help of an incredible doctor in Spain, Pip eventually returned to the UK and was hospitalised on a specialist ward at St Mary’s Hospital Paddington.

In the book I tell of how the illness slowly manifested itself and how the medical teams battled to find treatments for the various illnesses that each patient was confronted with. It was done with care, compassion and was non judgemental. A new drug had arrived from America, AZT, hopefully a step towards a cure. It was a trial drug with no proper knowledge of its side effects or if it would work. Pip was the third person to be administered with it and the side effects were horrific, he was a guinea pig. Sadly it was not to be the cure that we had hoped but thankfully over the years it has progressed and is now part of current AIDS treatment.

Within the covers I tell of the hatred and bigotry directed towards gay men in those early days and I also expose the love and understanding from so many other people. The heart of this story is the love of two people through one of the most dramatic medical nightmares in recent years, a love of two gay men bound by fear and a hope and desire to conquer the worst nightmare.

Telling this now is, I feel, part of our social history.

“When you look at it, very little has actually been written about the onset of AIDS, from a deeply-personal level,” explains the author. “This story may be over three decades old but, with social attitudes continuing to evolve, it’s highly relevant to today’s social fabric. We’re now celebrating pride and diversity rather than condemning it. Still, the harsh stories of our past deserve to be retold and remembered.”

Continuing, “I’m donating a portion of all proceeds to the Terrence Higgins Trust, who continue their life-changing work as the largest voluntary sector provider of HIV and sexual health services in the UK. They remain underfunded and underappreciated, so I hope my book can be a vehicle of great value to them and their maverick mission.”

Reviews for the book have been extremely positive. One reader comments, “A story of true love and loss through AIDS in the 1980s. This book details a piece of social history in a deeply personal way, and the associated stigma attached to this diagnosis at that time. A great read that I couldn’t put down.”

Another adds, “A compelling read, written from the heart, bringing to life the challenges and prejudice at this time in our social history. It is well written, easy to read and very engaging because Derek is sharing such a profoundly personal experience – I found it difficult to put down once started.”

‘PiP: Experiencing AIDS in the 80’s – a personal story’ is available now from Amazon.

Now retired, Derek lives in a small village within the South Downs National Park where he is surrounded by the beautiful countryside of Hampshire.

Hairdressing has played a major role for Derek where during his career he owned 3 hair and beauty salons, one being in Marbella where part of this story is set. He also held two executive positions with two of the leading hair cosmetic companies allowing him to travel extensively.

Pip is a poignant, profound memoir and a dark reminder of oppressive 1980’s attitudes towards homosexuality and AIDS. It is an excellent read, funny, heartwarming, and very sad, but it’s a story that’s so eloquently told. Stories like this should not die with use, they should live through us, and this is exactly what Derek Crowe does with his memoir. A must read!