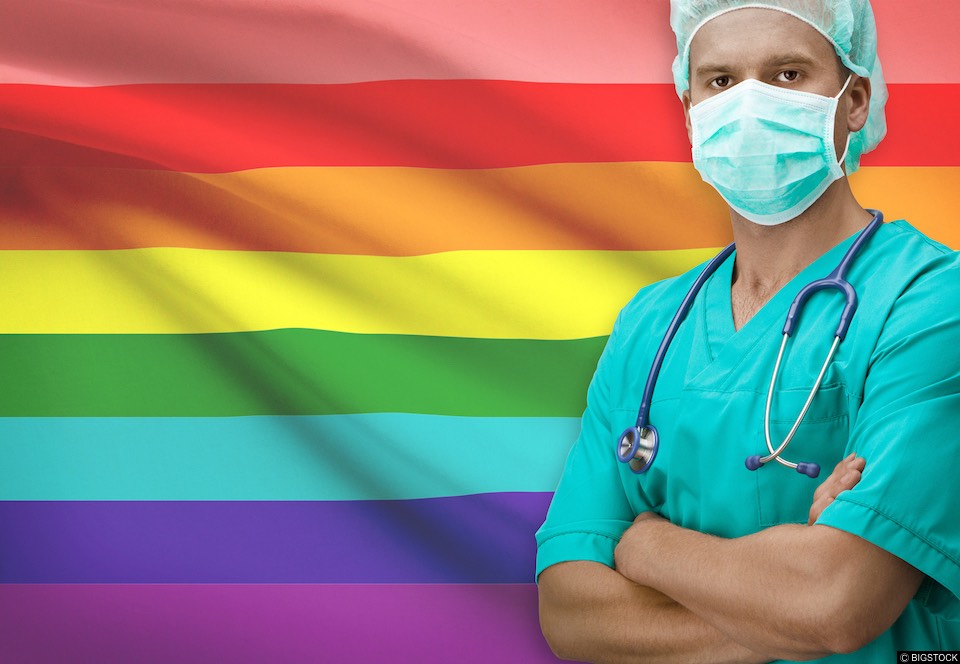 After it announced that there are plans to bring the rainbow flag to doctor surgeries, many in the LGBT+ community slammed the idea, calling for more focus on what really matters – saving people.

The British Journal of General Practice released guidelines on how to make surgery waiting rooms more visually inclusive by adding rainbow flags or LGBT+ posters. The news was met with a mixed reaction, however many suggested that the move was a waste of money when resources should be spent on actually helping patients.

The aimed of displaying the rainbow flag is to encourage many in the LGBT+ community feel more comfortable talking to their doctor about their health.

The move comes just short of a year when it was announced that GPs are to start asking about patients’ sexuality, regardless of whether it is pertinent to the reason for their visit.

THEGAYUK.com asked readers their thoughts on the proposal and the reaction was overwhelmingly negative.

One user, Jane, spoke about how she had been stuck on a waiting list for a GIC (Gender Identity Clinic) for over a year, whilst others suggested that the long waiting lists for the specialised clinic could endanger the lives of transgender people. Adam on Twitter slammed the idea saying “Doctors can legally refuse me treatment because I’m trans but your big solution to ending discrimination is some fabric”.

Not really. It's just optics. It wouldn't help The Cause, and may even anger some people, for no real benefit.

What would really help is better training for GPs into LGBT health issues.

I'd rather know that GPs would offer trans patients timely transition care rather than farming them off on a GIC with a 2 year waiting list and putting them at risk of suicide in consequence.

Daniel Browne, the chairman of Warwickshire Pride said that more literature was needed in the UK’s surgeries. Browne told us, “I do think that LGBT+ literature is required. All GP surgery staff should have LGBT+ awareness training too. Little changes can make a massive difference.”