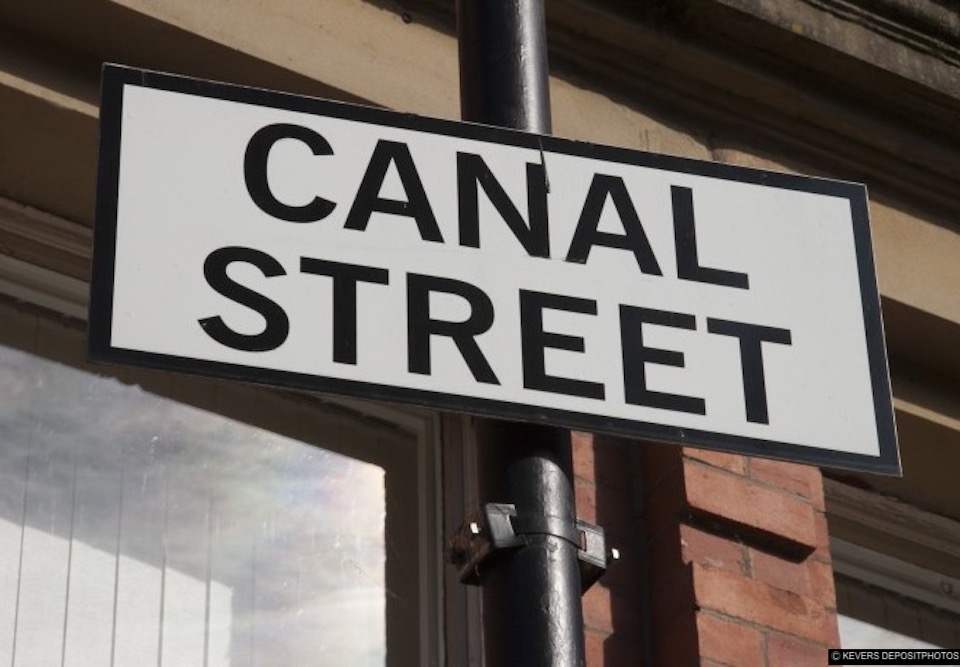 Local LGBT+ campaigners are today at odds over plans to develop the Portland Street area of Manchester, which forms part of Manchester’s world-renowned Gay Village.

A local campaign group has launched a petition after Manchester Council published plans for a consultation on the new Portland Street SRF. The petition, which now has over 10,000 signatures, was launched by Manchester Shield and argues that the plans don’t go far enough to protect the heritage of the Gay Village.

If approved, the proposal would result in the most extensive works to take place around the Village in some time and include the demolition of Yates Bar as well as possible demolition of its neighbour and Village stalwart, Thompson Arms. In addition to Yates Bar, the Coach Station, often used during Manchester Pride’s Big Weekend, would be completely demolished also. The proposal (or SRF – Strategic Redevelopment Framework) details plans for a multi-storey car park, offices, flats and a hotel.

The plans don’t go as far as proposing demolition of Village mainstay New York, New York but some campaigners fear building work around it would most likely cause a catastrophic decrease in footfall which could also impact other businesses within the Village.

Speaking to THEGAYUK.com, Loz Kaye, who is a co-author of the petition, argues that “[the SRF] simply is not ready to bring to the public. We’re not saying the area shouldn’t move forward, we are saying we have to get proposals right. LGBT people will not be written out of our own area. Our history, our lives, our deaths are in these streets. Any plans must reflect that.”

Manchester Shield, an organisation that seeks to ensure the integrity of Manchester’s history, is particularly concerned with the effect on the Pride Parade. However, Manchester Pride, the charity that organises the event, is yet to provide a formal statement on the matter.

Lack of consideration in the plans for the village

Manchester Shield also argues that the plans are “typical of a lack of consideration of The Village” and queries why more has not been done to improve the Village as it currently exists. In a statement, Independent Council Candidate Adam Prince argued, “communication failures and noted omission of the LGBTQ community are undeniable in this document. Many consider the erosion of the area to be intentional, as the area has faced a lack of advocacy, a long-term failure in creating or supporting community infrastructure. There has been an unwillingness to protect the area or struggling businesses. Now, this backdoor gentrification property takeover is proposed, hurting this world-famous area”.

However, Councillor Carl Austin-Behan disagrees that the plans would cause great issue for the Village. Speaking exclusively to THEGAYUK.com, Councillor Austin-Behan, who rose to local fame after becoming Manchester’s first out gay Lord Mayor, felt that the plans were “very positive for the area”. He acknowledged that the SRF had many “silly errors” but felt that plans for hotels and residential buildings could lead to greater footfall and increase visibility for Village businesses.

Establishing an official authority for the village

The concern over the matter has also led Councillor Austin-Behan, who is also an ambassador for Manchester Pride, to establish a Friends of Manchester’s Gay Village workgroup. The group will be established as an official authority on all matters regarding the Village. During its first meeting, last week Council Leader Sir Richard Leese attended in an attempt to quell the concerns about the SRF.

Speaking about the event in his Leader’s Blog, Sir Richard noted he felt that the SRF had been “deliberately misinterpreted” and the petition was “an unexpected bit of controversy” but did go on to admit more needed to be done.

“My colleague Councillor Carl Austin-Behan organised a public meeting last week which allowed me to talk to loads of interested people and put the record straight”. Sir Richard went on to concede that more needed to be done for the Village and stated he had given three commitments. He promised to extend the consultation to late March, to ensure a long-term future for Pride “including the identification of a suitable event space” and finally that the Council would “work with businesses, residents, and users of the Gay Village to develop the vision and strategy to ensure it had an undiminished and sustainable future.”

The Village and it’s future has been a hot topic as of late, with many local groups and bars calling for more policing of the area due to increased crime with 85 violent and sexual offences recorded in August 2017 alone.

The Village is world renowned as a safe haven for LGBT people and received notoriety in the late 1990s thanks to the hit show Queer as Folk. A survey by The Lesbian and Gay Foundation in 2012 put the LGB population of Manchester at approximately 34,930. In addition to this, a report submitted to Manchester Council in 2013 noted that The Village makes a significant economic contribution to the local economy with an estimated 15,000 to 20,000 visitors each weekend.

Whilst Sir Richard did commit to an extension of the consultation to Late March, the Council’s official website still states all comments must be received by Friday 23rd February 2018.

THEGAYUK.com has reached out to Stephenson Studio, who put forward the proposal but are yet to receive a response.