Who is Anne Marie Waters the UKIP leadership hopeful? 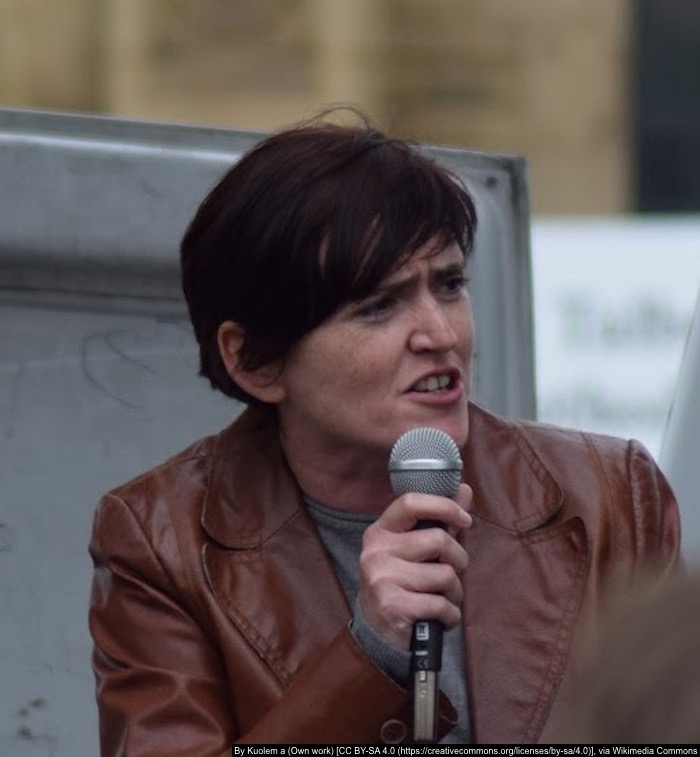 Annie Marie Waters is in a battle to become the next leader of the UK Independence Party.

Annie Marie Waters is a contender for the next leader of UKIP. She’s been campaigning on an anti-Sharia law stance and was involved in Bristol’s recent, Gays Against Sharia demonstration. She’s currently bookies favourite to win the leadership contest. Her personal website lacks any manifesto or vision should she win the leadership.

Anne Marie is the director of Sharia Watch UK a watchdog which says its “particularly concerned with the elements of sharia law which are discriminatory and violent towards women and girls, and which endanger and threaten the democratic principle of freedom of speech”. She also called Islam “evil”

She also, along with former English Defence League leader Tommy Robinson, launched an organisation called Pegida UK which “protests against mass immigration and the Islamisation of the west”.

Annie Marie was born in Dublin in Ireland but describes herself as “passionately, loyally, resolutely and proudly British.” She studied journalism at Nottingham Trent University and graduated in 2003. She also gained a Law degree whilst she was working for the NHS as a secretary.

She describes herself as an LGBT activist and also served as a director of the National Secular Society.

Anne Marie started her political life supporting Labour, however, she left the party in 2013 saying that it was “betraying” the UK with its refusal to oppose Islam. She twice unsuccessfully attempted to become a Labour Party MP candidate.

Annie Marie is in a civil partnership with her wife.

The right and not right

Annie Marie recently engaged with defamation solicitors to seek a legal position on news outlets which referred to people as “far-right”, “fascist” or “racist” because they were engaged in conversation or negatively spoke out against Islam. She suggested that those who do speak out were frequently the subject of smears.