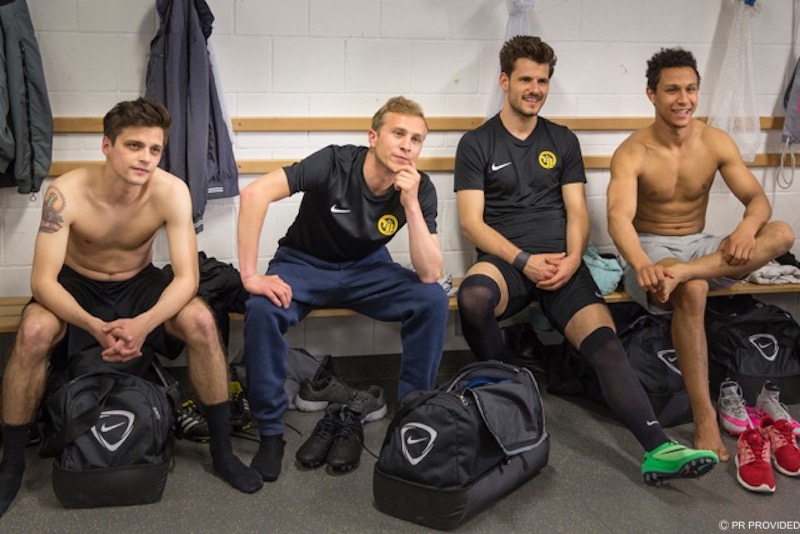 Mario is a beautiful love story that will fill you with love and sadness, and the timing is just right for this film to come out

Cute, sexy and very lean Leon (Aaron Altaras) is drafted into the football club where he meets player Mario (Max Hubacher). Leon, with striking dark curly hair and eyes, is quite a contrast to Mario – blond and a bit baby-faced who has been brought up by a football-mad father. But when Leon and Mario are assigned to live together in the same apartment while they train, a natural attraction between them kicks in, literally. They end up sharing a bed, even though the apartment has two bedrooms. But Mario is very uncomfortable to have their relationship be known to anyone, especially to their fellow team members, some of whom are quite homophobic. But one day Leon and Mario are seen together in public by a fellow team member who blabs it to the rest of the team. This puts not only Mario and Leon’s relationship to the test, it also puts their football careers at risk as well. But they really are in love with each other, but will they stay together, and if so at what cost?

Director Marcel Gisler does a very good job getting his actors to display their affection for each other while at the same time creating excitement and tension, both in the locker room and on the playing field. Altaras is a natural, and he and Hubacher excellently portray young men who are conflicted between their love for each other and their love for the game. Mario is a beautiful love story that will fill you with love and sadness, and the timing is just right for this film to come out – right before the World Cup Championships, meanwhile there is not one out player currently in the game.

Mario is in UK cinemas on Friday.