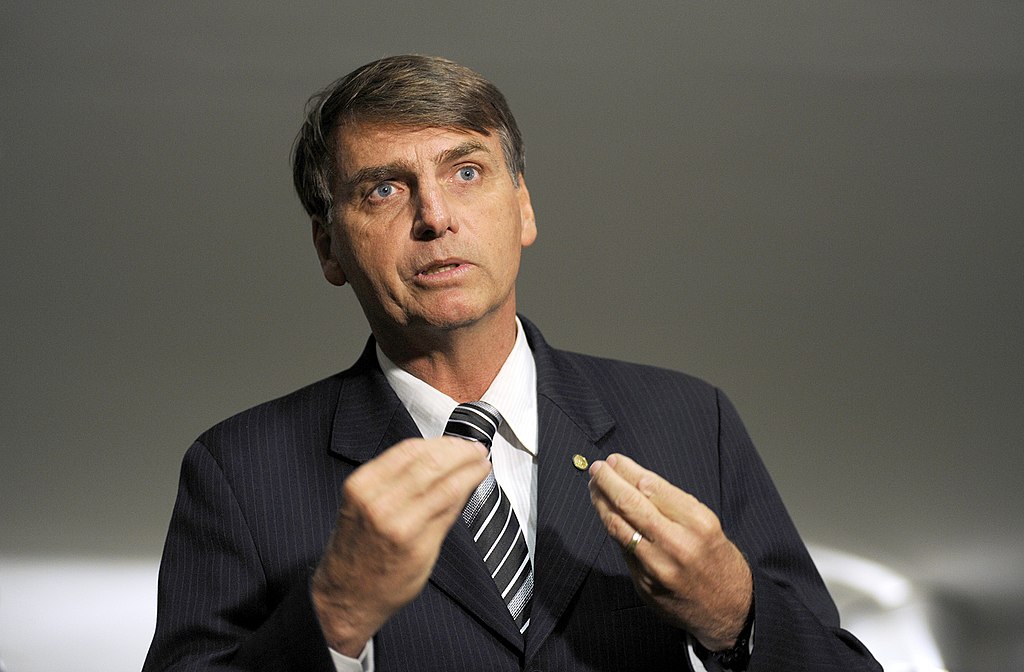 Brazil has a brand new president and it's not good news for LGBT+ people.

Brazil has a brand new president and it’s not good news for LGBT+ people.

Brazil’s new far-right president has threatened violence against gay people and that having them as neighbours lowers the land value.

Jair Bolosoanro has a chequered history when it comes to minority groups including gay people. Earlier this year Brazil’s public prosecutor charged Bolsonaro with inciting discrimination against gay people, indigenous people and black people after he said, “If I see two men kissing in the street, I will hit them.”

Rather a gay son would die

Speaking on the thought that one of his sons could be gay the anti-gay politician told Playboy in 2011, “I would not be able to love a gay son. I would rather he die in an accident”. He also said that if a gay couple were to become his neighbours he believed it would lower the market value of his home.

In July 2011 in an interview with  Época, Bolsonaro said that he would “fight to prevent the distribution of the ‘gay kit’ [a set of guidelines proposed by UNESCO to promote the rights of the LGBT community in primary schools] because “their intention is to promote homosexuality, which is an affront to the family structure, and if that makes me prejudiced, then I’m prejudiced and very proud of it.”

Oh and he believes that homosexuality has increased because “due to liberal habits, drugs” and women in the workplace.

Brazil has a terrible reputation for violence against LGBT+ people. In January it was reported that an LGBT+ person is killed in Brazil every 19 hours. and in September 2017, it was ruled that homosexuality is a disease, by allowing so-called “gay cure” therapy to continue.

Judge Waldemar Claudio de Carvalho ruled that homosexuality can be treated as a disease and that conversion therapy as a means of curing it, is legal. The ruling has caused widespread condemnation and concern amongst LGBT+ people and their allies.

Despite this, Brazil is home to one of the world’s biggest pride events.