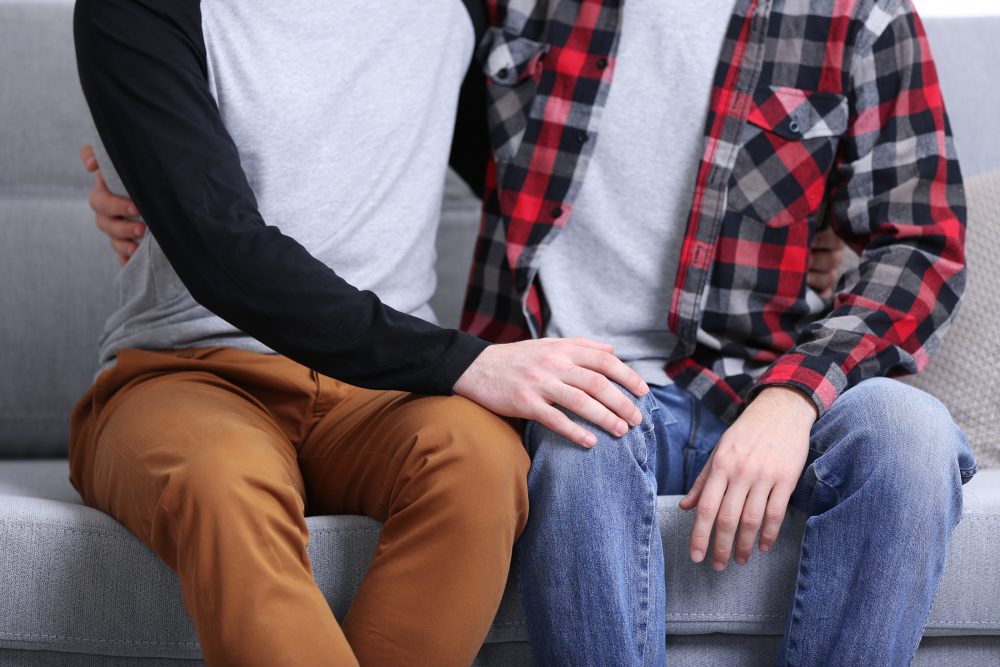 Does social distancing also mean hookups? What about hooking up and having sex during the current situation, particularly if you’re living with HIV?

Firstly we asked Doctor Earim Chaudry, the Medical Director at Manual, who told us that Covid-19 isn’t sexually transmitted, but the virus can still be transmitted by direct contact between two people, particularly through droplets from coughs and sneezes – it goes without saying, if you’re swapping saliva you’re at risk if the other person is positive for Covid-19.

We also asked, leading HIV awareness activist, Philip Baldwin who told THEGAYUK.com, that there is no evidence to suggest that “HIV positive people are more vulnerable to Covid-19” or that people living with HIV would be more severely affected.

However, he added, “HIV positive people, LGBTQ people and the population, in general, should aim to follow the Government’s guidance on social distancing and self-isolation.”

“As we are not even supposed to be sitting or standing next to each other in restaurants or bars, I think it is a struggle to interpret the guidance as not prohibiting hooking up! However, the Government has currently only issued guidance. I suggest you follow it, for your own safety and that of others, but (at the moment) no laws have been passed to enforce it.

“It is therefore not illegal to hook up with people. This could change. It could be the case that, as in other parts of the world, legislation will be passed enforcing curfews in the UK.

Philip went on to say, “It has to be noted that human beings are social creatures. We were not made to be stuck indoors for days, let alone months. Especially alone.

“Sometimes we all crave intimacy or escapism, particularly in times of fear. However, I urge you not to switch on your dating apps and start hooking up. Society as a whole, including the LGBTQ community, needs to observe the emergency health measures.”

If you’re living with HIV and you are concerned about the ability to get HIV medications during the current Covid-19 outbreak we’ve got some reassuring news for you. Click here to find out more