Katie Hopkins Has The Staying Power Of A Cockroach

Gay icon wannabe and generally outspoken former Apprentice turned Celebrity Big Brother star, Katie Hopkins has proven that she has the staying power of a cockroach after The Sun refuses to back down, keeping the controversial tweeter on staff, despite a growing petition calling for her sacking.

The star, who recently angered many after writing in her column about migrants, has been backed by her employer, The Sun, who have refused to edit or pull the controversial article. In the article Katie writes,

“NO, I don’t care. Show me pictures of coffins, show me bodies floating in water, play violins and show me skinny people looking sad.

“Make no mistake, these migrants are like cockroaches. They might look a bit ‘Bob Geldof’s Ethiopia circa 1984’, but they are built to survive a nuclear bomb. They are survivors.

“Once gunships have driven them back to their shores, boats need to be confiscated and burned on a huge bonfire.”

More than 100 official complaints have been written to the Independent Press Standards Organisation (IPSO) and over 230,000 people have now signed an online petition calling for Katie’s firing. She and the Sun’s editor, David Dinsmore have been reported to the police for incitement to racial hatred.

In the petition to The Sun, Izzy Saunders, who created the missive says,

“We live in a forward thinking society and Katie Hopkins’ views should not be encouraged; this is why I ask The Sun newspaper and editor David Dinsmore to remove Katie Hopkins as a columnist, at the very least to redeem yourselves from publishing this prejudiced article in the first place.”

Katie Hopkins is not alone in causing controversy and remained in position, even after huge public outcry. In 2013, a petition calling for the resignation of The Daily Mail’s Richard Littlejohn after he ‘monstered’ trans teacher Lucy Meadows, who subsequently committed suicide, racked up over hundreds of thousands of signatures. 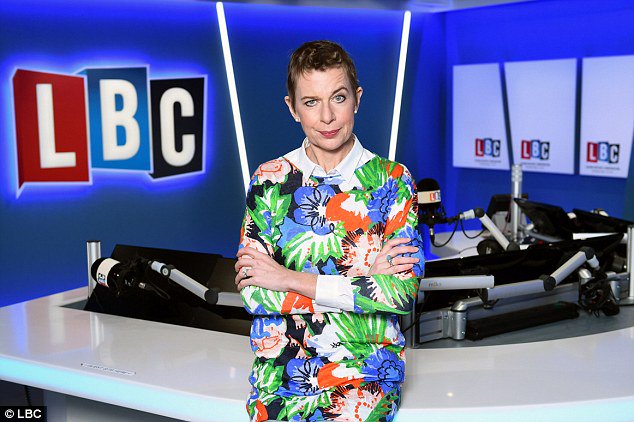 Which Gay Icon Has Katie Hopkins Likened Herself To?

Is silver this season’s hair trend? 7 guys who totally own grey