Seven Days Later – The Legacy of the Pulse Nightclub Shooting 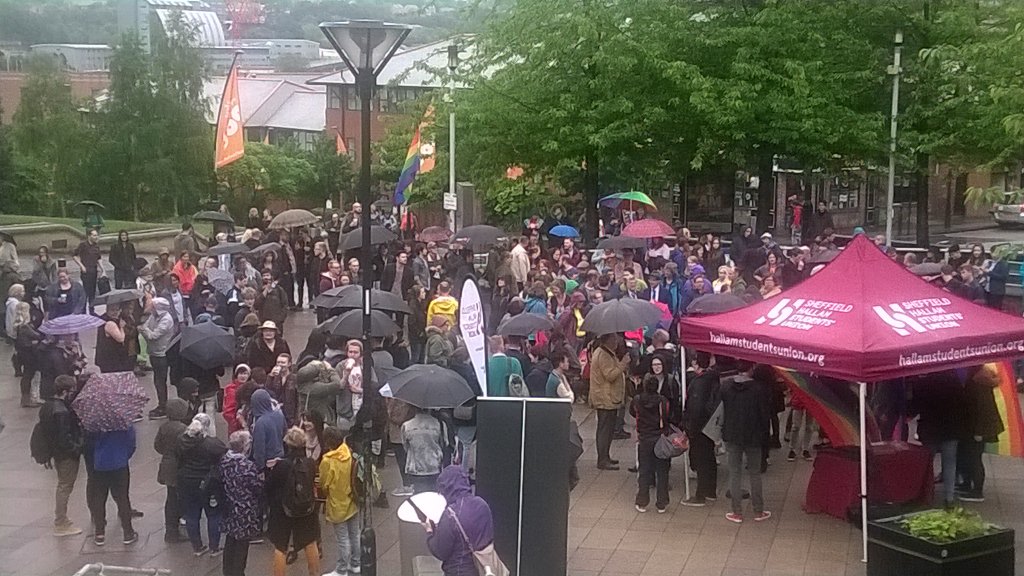 For the remainder of the day, as the events of the night before unfolded and the scale of the tragedy became apparent; I eagerly listened to the news for developments in a story that we all wish we had never had to hear.

But despite all of these feelings, there is one which has always bubbled to the surface and has always seemed to have overridden all of the others, forcing them to be no more than temporary swells in a turbulent sea of emotion. And, believe it or not, it has been an enduring feeling of hope.

On Monday evening, I attended a vigil in Sheffield, my home town. Sheffield does not have a particularly large gay scene and I felt it was important to go along not only to pay my respects to the victims of the tragedy but also because I felt that those who had organised the vigil at such short notice, who had publicised it and who were wanting to share their feelings with others should be supported. I wanted to take a stand and publicly say that this was not the type of story I ever wanted to hear about or write about again. As I approached the square where the vigil was to be held I was completely taken aback by the number of people who had attended. There were so many people who had come to express their sadness, their anger and to share in a common experience with others who felt the same.

And that’s when I started to look at social media. Vigils were taking place not only in my home town but all over the UK. Whilst Compton Street made national headlines and was widespread across the media, there were pockets of people; in great numbers and in few; all over the UK who were coming together as a community to be unified in their grief, anger and support. It didn’t stop there. All over the world, vigils were being held and people were uniting.

And if there is a silver lining to this blackest of clouds, it hit me as I stood in the rain, surrounded by around 200 other people and holding a candle in Hallam Square in Sheffield. Despite the hatred that we so often see, hear about and experience; thankfully incidents like this devastating tragedy are rare. What it has highlighted to me is not the hate for the gay community that people hold; but actually how many people love, welcome and embrace the gay community; how many people support the gay community and, in particular, how the gay community support each other.

I’m writing this article on Father’s Day. I can’t stop thinking that there are fathers in Orlando who are missing their sons or daughters today. I can’t stop thinking about how, for the husband of murdered MP Jo Cox, Father’s Day is going to have a very different meaning this year. It made me realise even more that all over the world there are fathers and mothers who are missing their sons and daughters because of hate crime and homophobia. But the outpouring of love and support across the globe in the wake of the Pulse nightclub shooting proves two things to those who hate – that love is stronger and that the numbers of people who offer love far outweigh those who offer hate.

Whilst nothing can bring back those were needlessly murdered 7 days ago, we should celebrate their memory and their lives by remembering that on that very bleak day of the 12th June 2016, the World stood together and said that “love is love”; and that those taken from us left not only many happy memories for their family and friends, but also left the global gay community with a legacy of hope.