Should the word “faggot” be removed from Fairytale of New York? 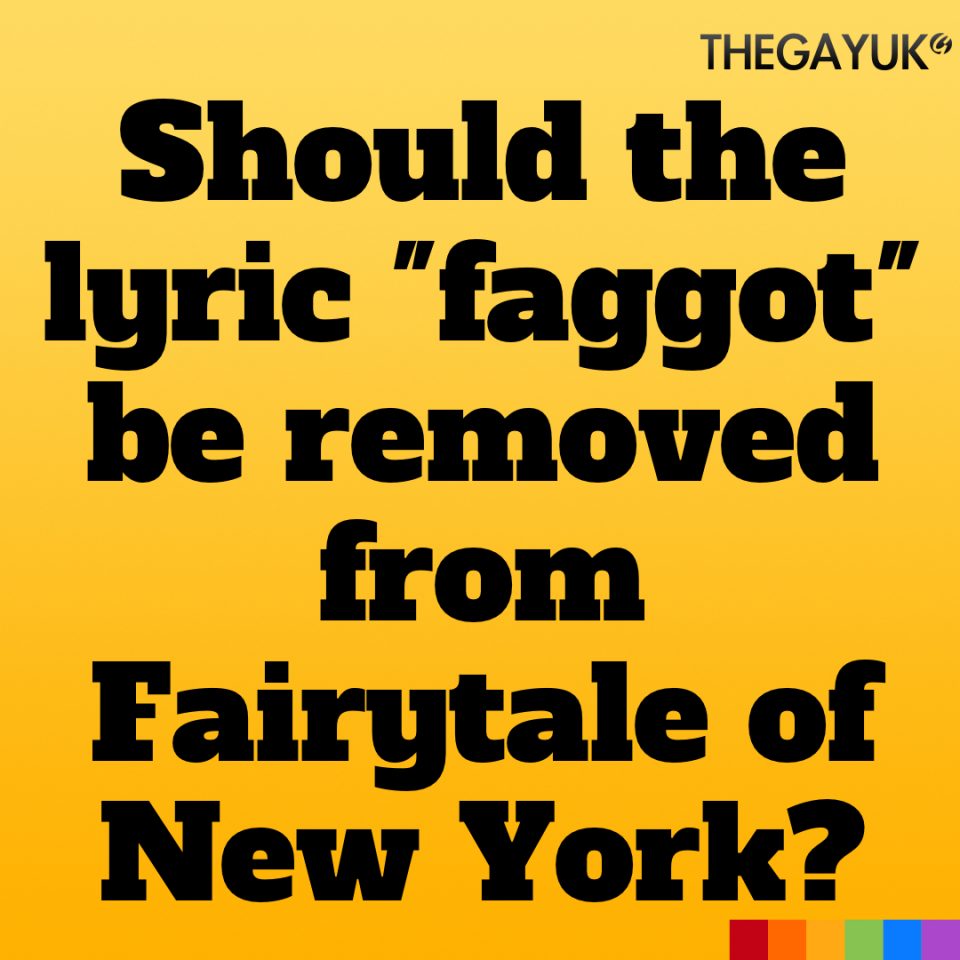 And the bells are ringing out… 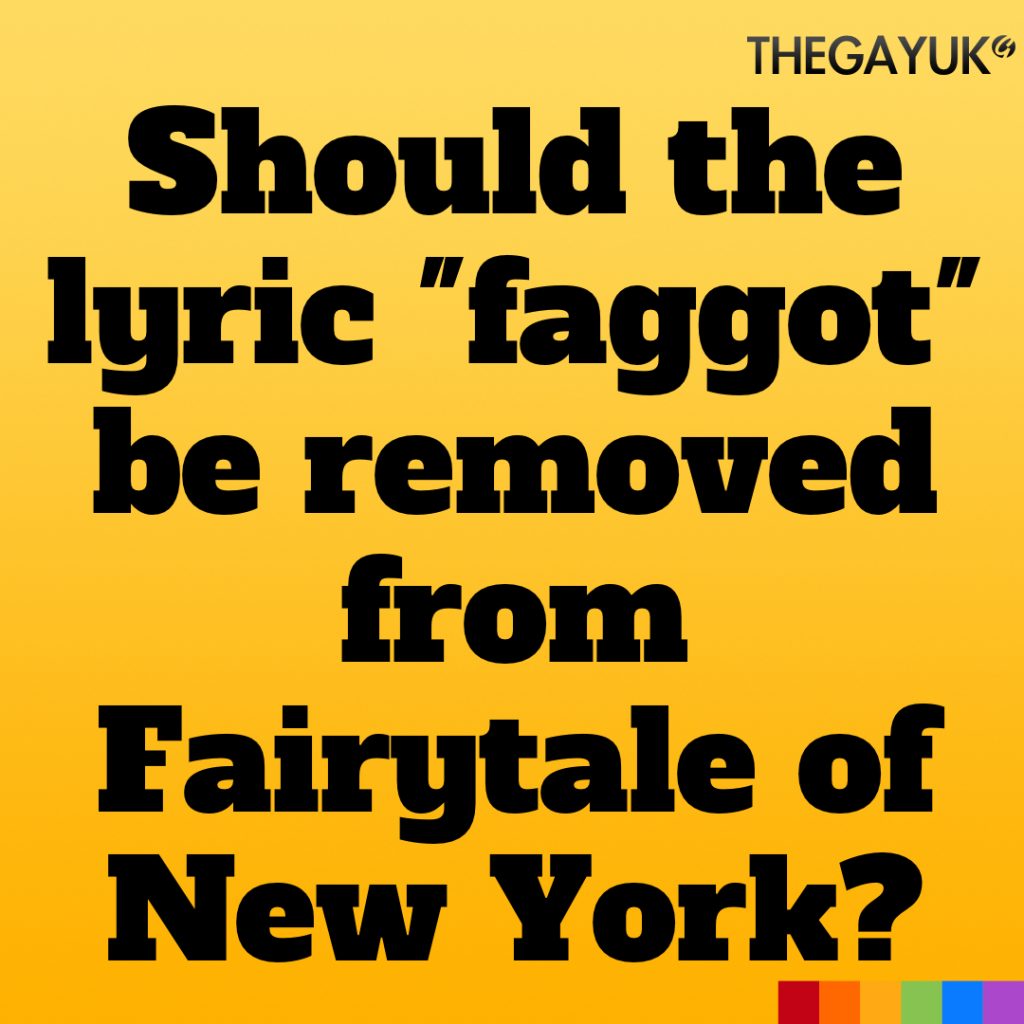 Every year it becomes a talking point amongst some in the gay community, but are the lyrics to “Fairytale of New York” offensive? We asked our readers… It sparked a lively debate, to say the least.

Most people who commented on our question, said no – and that they weren’t offended by the song. Here are some of our favourite comments to the question: “Should the lyric “faggot” be removed from Fairytale of New York?”

No. People need to chill out before we have to remove half of the English dictionary as one person or another finds something offensive – Ben

No, it’s attitudes that need to change not great Christmas songs, when did the idiots start running the asylum??? – Paul

I’m sick of people getting offended over ridiculous things. If you offended by the lyrics to this song you need to have a serious word with yourself – Gary

It should be changed. I also opt that the sky should be permanently replaced with a pink viscous gunge because that makes sense too – Dillion

Anyone with a decent understanding of the English language knows that the word has two meanings: 1 A savoury dish made from pork and 2 A bundle of sticks or twigs, no I didn’t look it up! – Graham

It was a phrase from the age. If we erase every offending word from songs, the world would be a very sanitised place. Somewhere I personally wouldn’t want to live. – Derek

No, it shouldn’t. People need to stop being so touchy. If anything ita a reminder of how far equal rights have brought us. I love that line. – Angela

I’m gay and not offended. As much as I’m glad attitudes towards a lot of things are changing it’s going to get to the stage where you can’t say anything in case of offending someone. – Robbie

Why remove a word calling someone a spicy meatball?
In seriousness though, a word is only as powerful as the meaning you give it. If you motion to get it removed, you’re part of the problem, because you are the one giving it negative connotations. We need to take words back, you’ll never change attitudes by doing things like this – it just alienates people and makes the words even more negative. Like telling a toddler not to say “fuck”. – Evelyn

I think it should be removed. Just as every song or rap that uses the n-word should be removed. Also fuck, arsehole and every other swear word or slur.  Oh, we can’t do that because songs everywhere would lose meaning and expression? – Sam

I don’t think so I don’t like the word but it’s re-writing history which is more offensive. It’s a song and reflects reality just as with any creative medium. People saying it’s past tense to be insulted by the word live in a different world. I live opposite a school and I don’t know which is worse the homophobia coming from the kids or the parents hanging about the gates. – Jamie

I’m gay, and a dj…. and when I play it in a gay bar… I turn the sound off for that line and the WHOLE room sings it with glee at the top of their voices… point proved lol… so it’s not us moaning! – Matt

Leave it alone! If you had to start erasing things that upset people half the 20th Century would have to go! It was a sign of the times and something for people to look back and learn from. – Andrew

No. I still giggle hysterically when I hear the song played uncensored in shops at Christmas. It was a song of its time, we cannot rewrite or delete history. – Jamie