Where and how did pride begin? How a riot at Stonewall led to a world-wide pride movement 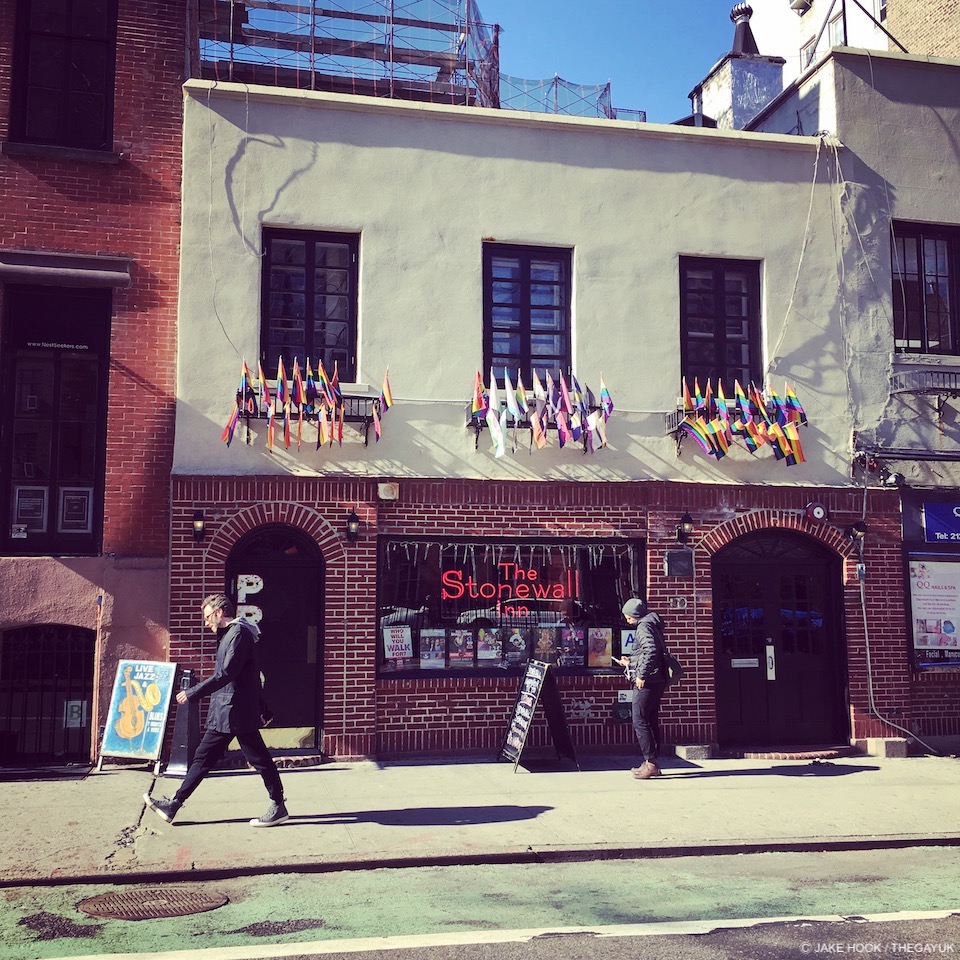 The rise and rise of Pride

In Part two of Simon Sayers-Franklin’s Pride series, he explores the origins of Pride at the Stonewall riots and why we fly our Rainbow Flag!

How Did Pride Begin?

Pride originated on 28th June 1969. Back then police raids on gay bars, like the Stonewall Inn, were common. The authorities would come in, push people around, display violence, intimidate, bully and randomly arrest people. The arrests were frequently made for tiny, inconsequential things such as drag queens wearing more than one or two items of ladies clothing or being caught in compromising positions.

Often the bars, which were largely owned by the Mafia, would bribe the police to tip them off when raids were due to occur. The gay bars would often have two rooms – a bar in the front and a dance floor in the back. Dancefloor lights could be triggered from the bar to send a secret message to the people next door that a raid was about to happen. This allowed them to stop dancing or quickly find an opposite-sex partner if they wished to continue dancing.

It was in the early hours of the morning on June 28th 1969, that an LGBT friendly bar in New York was subject to a raid – something that was all too common in gay bars. This bar, however, was one of those owned by the Mafia and catered to transgender people, drag queens, effeminate men, sex workers and homeless people of many backgrounds. The bar in question was the Stonewall Inn.

This raid, however, was different from the beginning. Firstly, the owners were not tipped off, secondly, it happened very late; around 1:20 am. There had been rumours about a raid that night but it was dismissed as inaccurate information.

The night it all began, two undercover policemen and two undercover policewomen came in and gathered evidence while the rest of the team waited outside. When those who had gained entry called for backup the music died, the house lights came up and those who realised what was happening ran for the doors and windows in the bathrooms but were blocked in by the police.

There were reportedly over 200 people in the Stonewall Inn that night. Little did the police know, that this as not going to go the way they expected.

Usually, the police would line up the people, check ID and then the female officers would escort those wearing female clothing to the toilets, where they would be subject to physical checks and if men were found wearing female clothes they would be arrested. Not this night. This night everybody refused to produce their ID and those in women’s clothing resisted being taken to the bathrooms. This resulted in high tensions, only made worse by the police who became inappropriate while frisking some of the lesbian patrons.

The police had been sent to seize all of the alcohol, which was apparently bootlegged. While this happened, the people inside were made to wait in the line. Those who hadn’t been arrested were allowed to leave but they congregated outside. It wasn’t long for the crowd to grow – a mix of those who had been released and those who had seen the disturbance and joined out of curiosity. Those who were released exited the bar to rounds of applause and they bowed and posed and it was all very theatrical.

By the time the first police wagon arrived, the crowd had multiplied as much as ten times and as the Mafia were escorted out and put in the van people started shouting “Gay Power.” and others started singing. An officer pushed a drag queen who hit him with her purse. People threw debris at the wagon and that was when a woman, thought to be, Stormé DeLarverie, was dragged out in handcuffs. She kept escaping and fought four police officers. When she complained the handcuffs were too tight she was hit over the head with a baton and screamed: “Why don’t you guys do something?”

It was this moment that triggered the riots that would go on to last six days!

Who threw the first brick at the Stonewall Riots

The patrons of the bar had taken enough and were sick of being pushed around. It was reported that the drag queens and trans women of colour were among the first to fight back. It was Marsha P. Johnson, a black, gender non-conforming, sex worker, a founding member of Gay Liberation Front and a popular member of the New York gay and art scenes, who was apparently one of the first to kick off her heels and fight the police. It is, however, unclear what role Johnson played in the events that night. She disputed that she was the one to start the riot by claiming she arrived at 2 am when the place was already on fire – a fire she claimed was started by the police.

These riots were a major moment for LGBT people and Stonewall became an iconic image of rebellion and resistance. It stood for our strength and our refusal to back down.

It was the next year, 1970, that the first Pride march was held in New York on the anniversary of the Stonewall riots. From that moment we have continued to celebrate Pride in the month of June to honour those who kickstarted a revolution. We march to represent our strength and unity. Our community is strong together and Pride shows just that! In modern days it still has political undertones but these days in the western world particularly, our events stand for inclusivity, visibility, having fun and celebrating love and equality rather than fighting for it.

Why Do We Have a Rainbow Flag?

The flag was devised by artist Gilbert Baker after he was challenged by Harvey Milk (another hero and martyr for the LGBT community), to create a “symbol of Pride” to represent the LGBT community. It debuted at the 1978 Gay Freedom Day Parade and has been an icon of our community from that day.

There were originally eight colours in the rainbow instead of six:

Hot Pink represented sex/sexuality. It was taken out due to manufacturing issues after Baker approached a company to mass produce the flag. Apparently, the hot pink fabric was too expensive to make.

Turquoise, representing magic and art, was lost when the Pride Parade Committee wanted to fly the flag in two halves along both sides of the street for the 1979 Gay Freedom Day parade. Turquoise was dropped to leave six stripes, therefore, leaving an equal number to split.

A modern variation, created in 2017, added black and brown stripes to highlight the People of Colour within the LGBT community. There were a mixed reaction and a lot of controversies because of how the flag never represented “race” and was always meant to represent aspects of life that apply to everybody, regardless of ethnicity. It also caused upset by changing the artist’s original vision.

The Stonewall uprising would go on to inspire the LGBT movement across the globe. In London, the first-ever march by the Gay Liberation Front happened in November 1970.

I’m Simon. I’m a twenty-something-year-old writer based in Newcastle. I’m a proud husband and daddy to three fur babies. I’m a huge nerd. 100% Slytherin (but a nice one) and belong in House Stark (being from the North is kind of obvious)