THE UNDATEABLE GAY opens his Grindr in India… 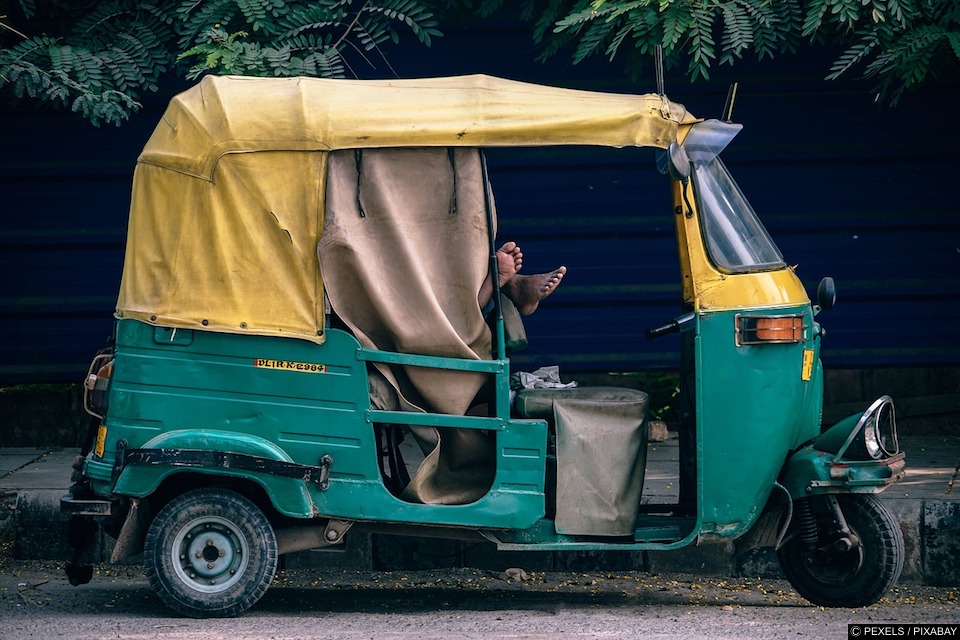 Last time on The Undateable Gay:

In case anyone has forgotten, I was just about to be scalped by this Hijra woman who thought we were taking the piss. And as if by a prayer being answered, the traffic light turned green and off we zoomed. I breathed a sigh of relief and we finally arrived at our hotel.

HOTEL HELLHOLE. I sincerely recommend that any visitors to Delhi avoid this establishment at all costs. To call it basic is doing the Sainsbury’s cheap range an injustice. It makes Sainsbury’s Basics look like the M&S Best of British range.

As we stepped out of the taxi, (yes our luggage was still strapped to the roof, thank god), we were greeted by a couple of prostitutes. What a desirable neighbourhood. Tullene started panicking and I thought I was going to have to give her a slap.

We were escorted to our room and as I stepped inside, I wanted to step back outside. The curtains were yellow, and the bedding… Well, I can’t even do justice to the bedding by using any English language.

Desperate for a wee, I strolled into the bathroom and was greeted by a bucket.

Little did I know that Tullene was already outside the door, luggage in hand with the same thought. We checked out of Aura and put ourselves in a tuk tuk.

“Get us to the nearest IBIS!” We demanded.

I think a tuk tuk journey is the perfect cure for constipation.

Should you have that problem.

If you ever venture to India, there is no other way to travel than a tuk tuk. But I advise you to cling on for dear life. And to say your prayers because they certainly know how to dodge in and out of traffic. In fact, I think a tuk tuk journey is the perfect cure for constipation, should you have that problem.

After every journey in India, whether it be by car, tuk tuk or even walking, I looked up to the sky and thanked the Lord that I’d survived.

Finally, in an IBIS, we felt safe. And we had WIFI. I was desperate to get on Grindr. I must confess, I thought they wouldn’t have this app in India because of the fact being gay is illegal.

But I was blown away, (pardon the pun). In the space of being logged in for five minutes, I had twenty messages. I’m telling you now, my iPhone nearly crashed. My Grindr was pinging off the hook.

I was being sent picture after picture of the local talent… topless talent and talented cock. I was dripping faster than a Mr.Whippy in Madrid. In my element, I was. I was like Harry Potter in a wand shop.

I got excited. But then it suddenly hit me like a wet kipper.

It’s illegal in this country and I bottled it.

And then one really caught my eye. A very attractive guy, who was staying at our hotel. Not far to go then. I got excited. But then it suddenly hit me like a wet kipper. It’s illegal in this country and I bottled it. I can’t be locked up in an Indian jail, being made to pick up the soap. I’d be the prison bitch.

Mmm, what a fantasy. Maybe I should get myself arrested.

And then I came down to earth with a bump. The guy who I’d blown out (not literally) had sent me a message in Punjabi. Does he realise I’m English and not bilingual? Thank god for google translate. My eyes widened as Google told me that he’d called me a gay bitch. What a bitch!

I switched Grindr off for the night. It was starting to get on my moobs. Tullene was already heavily snoring so I rolled over to go to sleep and I heard rustling coming from the suitcase.

“Tullene! Wake up. There’s a cobra in the suitcase!”