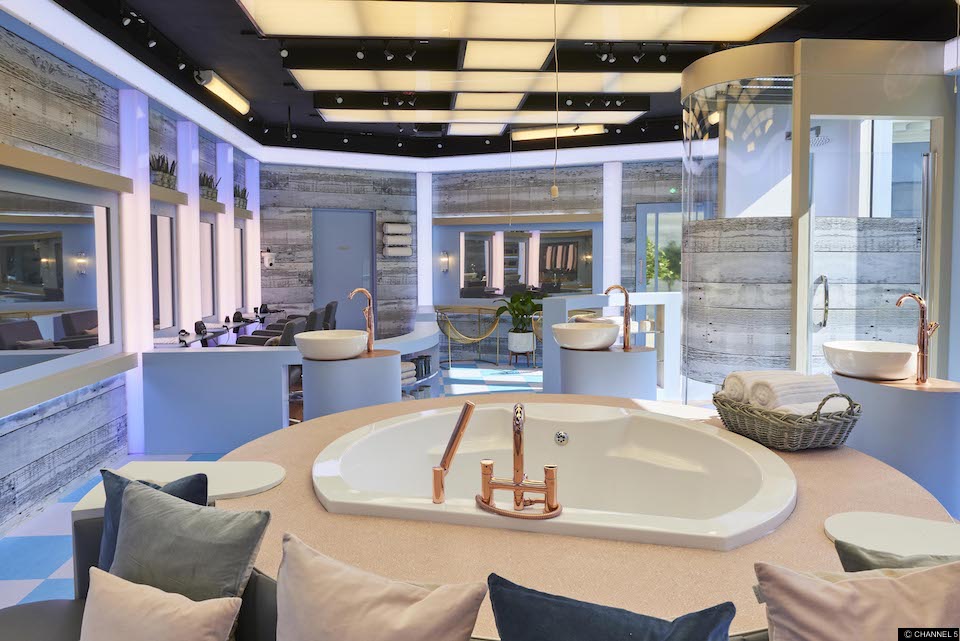 So the 20th series of Celebrity Big Brother has just launched. We thought we’d see which LGBT celebs have starred in the ever popular show.

Former Great British Bake Off presenter Sue Perkins wasn’t as famous back then as she is now. Series two of CBB was just ten days long and she managed to stay right till the last day but didn’t win the series. That honour went to former Take That singer Mark Owen.

His appearance in Series 4 of Celeb Big Bro was largely considered Michael Barrymore’s comeback to mainstream television following the death of a man at his home. He managed to spend 22 days in the house and was crowned runner up of the series.

Peter Burns came fifth the fourth series of Celebrity Big Brother. There were hopes he’d be invited back for the ‘All-Stars’ version of the show, but he died a few months before the start of the 17th series.

Ian, or as many of our readers will know him as “H” from Steps, came out officially on the day he entered the house. He was in one of the most talked series ever, after a “race row” between a number of the housemates and Indian actor Shilpa Shetty. He eventually placed fourth.

Alex, who has spoken about how he might consider himself transgender or a cross gender-dresser in 2015 managed to win the 7th series of the show. During her time in the Big Brother house ex-wife Katie Price talked about how much Alex liked butt play.

Jasmine didn’t fair too well in the tenth series as she was the first celebrity to be booted from the show.

Julian won the hearts of the nation and was crowned king of the house.

Coronation Street actor, Julie Goodyear, managed to stay the course for 22 days and was the seventh celeb to be evicted.

King of the presenters, Rylan Clark managed to win the 11th series just weeks after being booted from the X Factor.

Louis managed to dance and prance his way through the 12th series of CBB placing 7th overall.

Lauren was the first openly trans person to star in Celebrity Big Brother. She came third in the 12th series of CBB. In December, Lauren gave heavy hints that she’d be joining the 17th series, but so far she’s not appeared.

Lee went in a straight man, however, a sexual revelation during a conversation with some housemates made many viewers believe that he is bisexual. Even his fellow Blue bandmate, Duncan James tweeted that he thought he was the only “only bi/gay in the band”. Lee lasted 24 days in the house.

Ollie announced that he was bisexual before entering the house and admitted that he had never slept with a man. He has since come out as gay.

Will and Grace actor Leslie got more than he bargained for when he joined series 14. A few spats with Frenchy saw his best undies destroyed by the star.

Kellie Maloney became the second trans woman to enter the BB house. She won the nation’s hearts with her public transformation. Kellie also reveals that Tom Selleck would be her perfect man.

Boybander Kavana, didn’t get much airtime in the 15th series thanks to huge personalities like Michelle Visage, Perez Hilton and Katie Hopkins.

Okay, so Michelle Visage is an honorary member of the LGBT community. She did herself proud in the house and even managed to make Katie Hopkins seem approachable.

Apparently, possibly, the most talked about housemate in the history of the show. Execs were so eager to have him back for the latest series but failed to meet his “double the money” demand.

It didn’t take long for Austin to get naked in the BB house, in fact, it was just a couple of hours. He managed to bromance his way to the finals with James Hill.

The less said the better, to be honest. She got kicked out when BB execs realised that she had written some offensive messages on social media.

Christopher failed to make much of an impact in this season of CBB – although proved himself to be the nice guy.

John Partridge proved popular and likeable during the 17th series of CBB.

Poor Christopher Biggins didn’t last long in CBB after a number of offensive conversations, Biggins was booted off the show.

Bisexual star Marine Simpson fell in love with Lewis Bloor and his massive penis. Their love story was the stuff of true boredom.

Austin Armacost was once again invited back to the house but didn’t get very far after he was evicted in a cruel twist when housemates voted him the dullest. He was in the house for 11 days.

Entered the house on day one. In her opening VT, Jemma proudly stated she was bisexual.

Entered in the house on day one – and spoke with Jemma about dating both men and women.