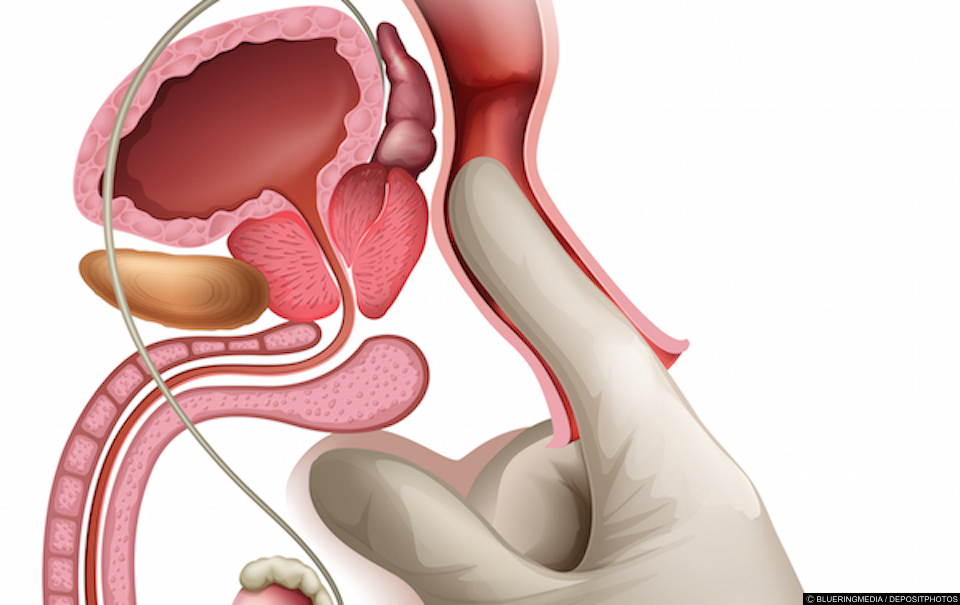 In our latest podcast, prostate cancer survivor and information campaigner, Martin Wells revealed what happens after you are diagnosed with prostate cancer.

In our interview with him, Martin told us that he didn’t have any symptoms before he was diagnosed with prostate cancer. He actually went to his GP for a totally unrelated matter. His doctor decided to check out his prostate. Two days later Martin was called by his surgery to come in to discuss the results, which is where found out that he had prostate cancer.

2) You don’t have to be a cis-gender man to get prostate cancer.

Anyone who still has their prostate gland can get prostate cancer. Trans women can be diagnosed with this type of disease. It is completely nondiscriminatory in who it affects, gay, straight, bisexual or transgender.

3) One in 8 men will be diagnosed with prostate cancer in their lifetime.

There are 40,000 new cases diagnosed every year. Most people who are diagnosed are over the age of 50 – but more and more men younger than this are being diagnosed each year.

4) Black men are twice as likely to be diagnosed.

One in 4 men with African-Caribbean or African descent will be diagnosed with prostate cancer. It is not known why prostate cancer affects this demographic of people more.

5) Depending on your treatment, you could lose your ability to get self-maintained erections, but you can still have sex.

Martin told us, that even though he couldn’t have sex in the same way as he had before his treatment, he learned a brand new way of being intimate with his partner. He now enjoys a more tantric approach to sex.

6) Sex can last up to three hours.

No more WHAM BANG THANK YOU MAN. Martin says he found that he could still have a sex life, but now lasts much longer.

7) Depending on your treatment, you might not be able to ejaculate…

8) As good as the NHS is dealing with cancer patients, it’s not perfect –

You could be misgendered if you’re transgender and those who are treating you might assume that you have a wife if you’re gay. However, once told that you’re not married or heterosexual, healthcare professionals are pretty good at making sure they don’t say it again.

9) There’s no one to talk about the sexual repercussions of prostate cancer treatment.

Martin found that there was no one able (or willing) to talk about getting erections or how he could have sex again after the removal of his prostate. That’s one of the reasons why he started his support group, Out With Prostate Cancer.

10) The Prostate is a satsuma sized gland, located between the penis and bladder.

Its function is to help in the production of semen. It produces the white fluid which is mixed with sperm created in the testicles.

Listen to our chat with Martin Well on iTunes.