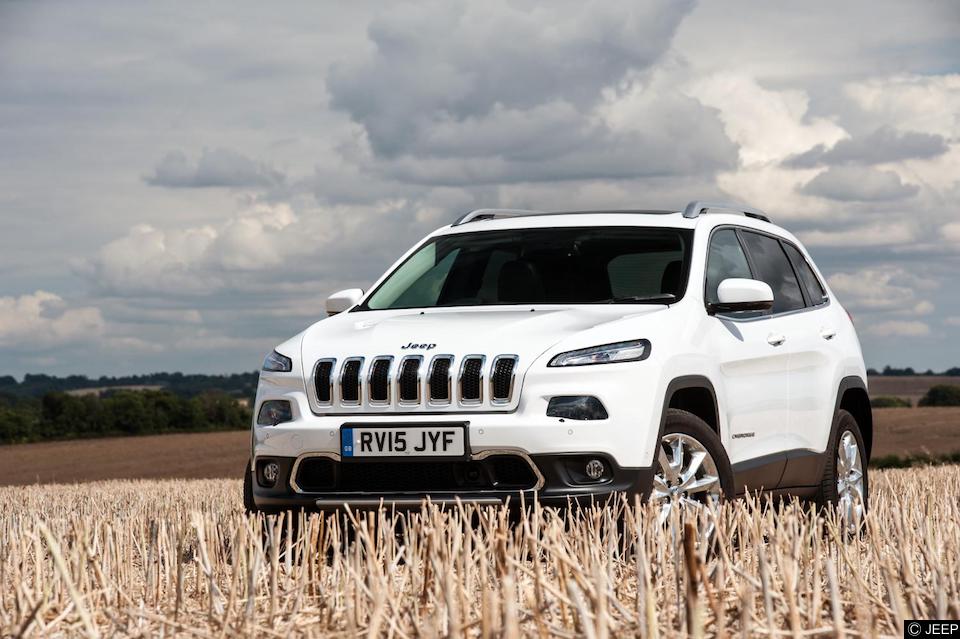 WOW. That’s how I will start the review for the new Jeep Cherokee. It has a lot of visual impact. There are shapes within shapes and then there are questionable things you point at. Then you wonder where the headlights are? They are not quite in the place you would expect them to be. They are thankfully there and present and on the front. They say it has a fresh and aggressive look. It’s not that aggressive. Fact is, the front is pedestrian hitting friendly and slung low. Quite the opposite.

The LGBT community is known for standing out from the crowd so this car really does feel at home with me. I spent almost 9 hours behind the wheel of this Cherokee in its Limited spec and it was a nice place to be. Those hours ended up feeling quite effortless. It is loaded from bumper to bumper with goodies, it has driver aids and a less wobbly ride than you would expect.

I don’t think anyone would have thought this would ever be said about an American car but with the help of Fiat, the Americans have finally made a vehicle worthy of Europe and the UK. It’s not brash and it doesn’t beep at you for random to no significant reasons. Always an annoyance in an American car.

It all sounds good so you’d expect me to keep enthusing about it but I’ll briefly stop here. Some of those driver aids are a bit much. The Cherokee shares platform software as fitted to the Renegade and I don’t know if it was because the Cherokee is a bigger car, but when the lane assist kicks in during lane changes on the motorway it fights with a firm tug. Indicate and the system is switched off. It caught me out several times.

Don’t get me started on the door mirrors. They are good in their operation. They contain blind spot indicators that proved useful. What they don’t do however is fold in when on the move! Anything more than 10mph and they fold open. A vehicle of this size and with off-road potential needs to have retractable mirrors on the move. Replacements are not cheap.

That’s my moaning done. The rest of the Jeep works very well. The engine, 2.2 turbo diesel, is smooth. A little harsh in a few places but nothing that makes you wince from feeling you are being mechanically unsympathetic. These noises are only heard with the windows open anyway. Outside the idle is subdued with a muted diesel clatter. It doesn’t sound like a tractor anymore.

On the move, the 197bhp power unit mated to the 9-speed auto will propel you forward to 60mph in 8.5 seconds. It’s not the quickest I will grant you so you will be happy to know it suffers no turbo lag and that gearbox of 9 cogs will instantly select one to aid your momentum up to the claimed speed of 127mph I am sure.

I did question if 9 gears were needed at all. Surely 5 or 6 are ample. Those 9 make for a seamless move through the gears. Apart from coming out of first, I struggled to detect the next change up. You soon learn when it will change up. At around 1500-2000rpm is when it happens. Sometimes however when you play with the manual override you discover it’s jumped 2 cogs. It’s best left to the box to do its thing and you concentrate on driving.

Inside you are greeted by sumptuous leather-covered seats that offer heated or cold air options. The materials chosen are the best Jeep have fitted to almost any of their vehicles to date. Areas that require touching are made to feel like you have spent your money on something very special. The ergonomics felt right once you had learnt where some of the minor controls were. It took me some time to grasp the concept used for the front wipers. A multi-clicked turn on the stalk activated them from about 4 types of intermittent wiper to normal slow and fast. It was almost over 180-degree turn. In a hurry when you want them it’s a bit of a bind.

Thankfully on board, this model has the advance brake assist. It worked well when a little hatchback decided to stop abruptly for no reason during a left-hand turn. It also has a neat feature to prevent you reversing into things by slamming on the brakes. Marvellous I said. It did make reversing a doodle and the Jeep went back without a scratch on the bumper.

The infotainment system is one of the best I have used. The DAB radio is by far the easiest I have yet come across. Everything is easy to find and the display shows almost all and everything you could wish for. I just wished it was angled a little more towards the driver. So many manufacturers get this wrong.

What I do question is its off-road ability. Unlike Cherokee’s of the past this one lacks a decent ascent and descent angle. The overhang from the front and rear bumpers being to low. Cherokee once displayed a great advert about the bridge missing so having to use the dried river bed. You’d want to get that bridge fixed with this one.

If you can come to terms with the looks you would be happy with the Jeep. Some will point and stare, others will run and hide. I would give you the thumbs up. I enjoyed my time with it. For that week I had it, it did everything I wanted in a calm manner and did it effortlessly. And who cares what it looks like, from the driver’s seat you don’t have to look at it anyway.