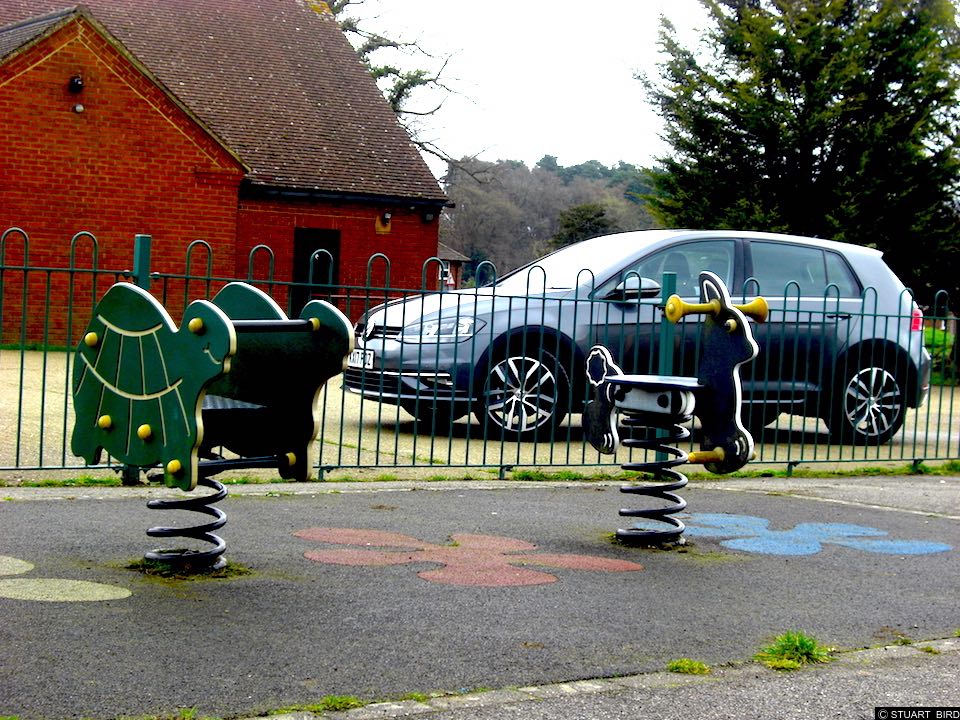 One of the shocks I had this year was with the smallest engined Golf in their popular petrol SE Nav range.

It lacked the bells and whistles of the R, GTE and Alltrack estate in a lot of ways. The Golf now comes with a more confusing array of options and dashboards and specs but is the SE Nav with its one whole litre worth of power pack going to leave you left out of the Golf club?

No is the answer. I wanted to try a lowly model and while not the base model, it still lacks the touches. Or so I thought. By comparison, the S is the base model now at £17,625. The SE Nav comes in at a shade under £19,500. Spec wise you’d be a fool to look at the S when the SE Nav gives you parking sensors, cruise controls, Sat Nav with 8” screen and mirror link to your smartphone along with a host of other options.

For the extra money, you do get more power from your little engine too. A whole 25 more horses and 1g/km of CO2 worse for the environment. That extra money is worth it for the extra oomph from the engine alone.

It’s a sweet little unit. It will carry you to 122mph and will do the traffic light Grand Prix in 9.9 seconds. Not quick but not slow. An original Mk1 GTi would only do it a bit faster. There was no hint of turbo lag at all or raging surge. This SE Nav felt very linear in its power supply. And all from 3 cylinders too.

Living with this little engined big car is quite easy too. It has all the attributes of a Golf. You can’t fault the fit and finish. Again VW has moved the goal posts on quality. There was once a state of play where lower models really did feel like the bread and butter of the range. Not so here. It clunked like a Golf should.

Easy is probably the key to the 1 litre SE Nav. Combined fuel economy of 58.9 mpg is good. How good that will be with 4 up and some luggage is anyone’s guess. The trouble with a little engine is that it needs to be worked hard. If most of the time you will travel by yourself or with one other, I doubt you will notice much of a difference.

On the move, it shifted. The 6-speed gearbox was easily matched in ratios to the engine. The course set out comprised of a variety of driving situations you’d encounter in a week’s worth of driving. I expected to do a lot of cog swapping but I didn’t. Admittedly 5th and 6th seemed very high and more suited for when the engine is on the A and M roads.  I found 3rd and 4th more than ample in getting me buzzing along.

Inside there wasn’t much of a cacophony of sounds. Sound deadening being key to the serine driving ambience and quality feel of the cabin. It’s not an exciting cabin to sit in if I’m honest but at £12k less than the higher spec models I have tested you would expect it. It’s Germanic. At the end of the day, it is a Golf and this is what Golf does. And it does it very well.

I’ve spent a lot of this review talking about the engine and with good reason too. We in the UK seem to sway away from the smaller engined bigger cars and that is a shame. This engine livens up a normal hatchback. The big selling Golf SE Nav 1.4 just can’t better the thrill of the turbo 3 cylinder engine. That said the quandary VW put you in is that the 1.4 starts at just £1300 more. It has more power and will go faster for 4 miles to the gallon less. It’s a tricky one to now call but I’d go with the little engine. From tortoise expectations to hare ability, it’s a total buzz.