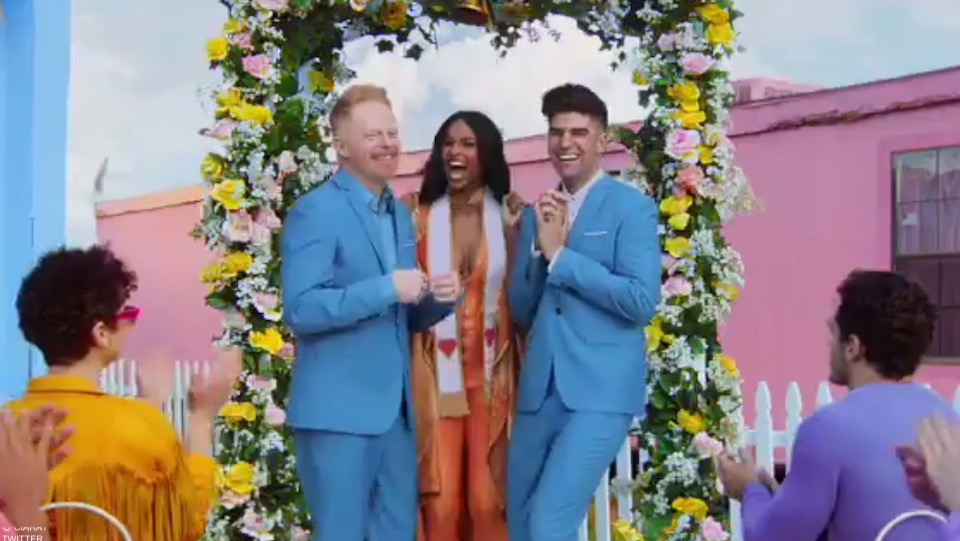 Singer Ciara just offered the best clap back after a bigot criticised her for appearing in Taylor Swift’s epic pride anthem.

Ciara is just one of the 20 cameos appearing in Taylor Swift’s 2019 pride anthem, “You Need To Calm Down”. In it, Ciara acts as the officiant at the wedding of Modern Family star, Jesse Tyler-Ferguson and his real-life husband Justin Mikita – which, apparently, hasn’t gone down well with everyone.

One Ciara fan, with the username, Lucas_Norton101, who took to social media to criticise the singer, wrote, “Ciara. You shouldn’t be doing this. We respect u too much, Being at a gay wedding is one thing and joining them together is, even more, a greater sin. We love you but this wrong”.

Ciara took the complaint in her stride and offer the most epic clap back, saying, “Firstly Christians don’t judge. Secondly, #YouNeedToCalmDown.”

Perez Hilton commented on Ciara snap back saying, “I can’t calm down!!! Ciara’s response to a gay hater who criticized her for appearing in Taylor Swift’s power queer music video for You Need To Calm Down is big Jesus energy!! God loves all!”