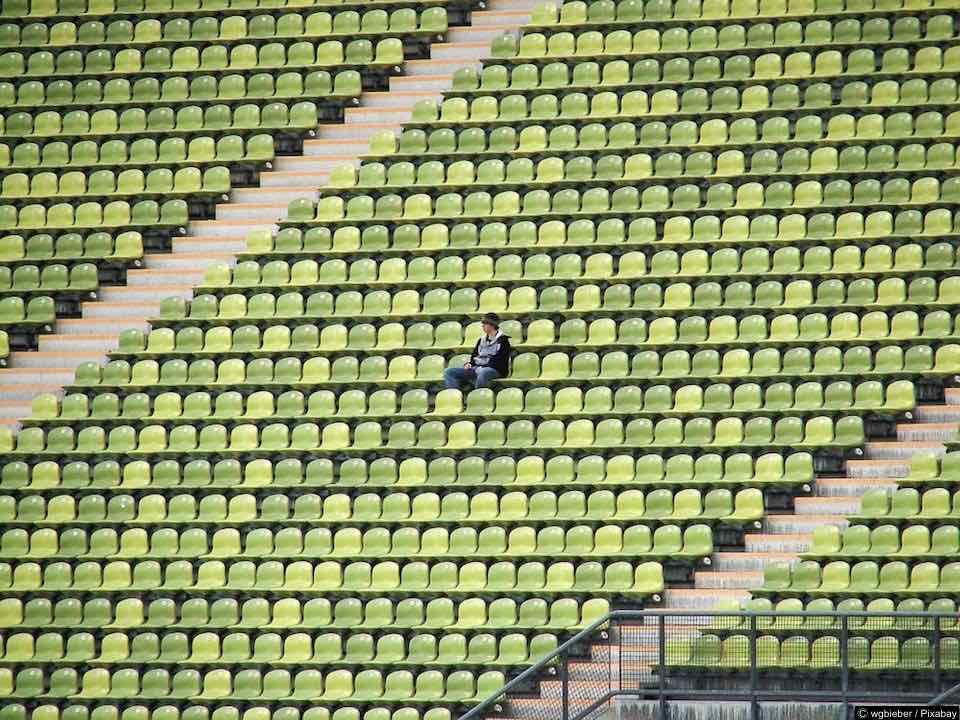 Newspaper The Sun has reported that a premier league footballer has ‘paid to keep his male lover quiet’.

There is almost always talk of a footballer being gay. In 2018, we still don’t have a premier league footballer that is out and proud. Of course, there are some footballers that have announced their sexuality, but it comes after retirement when they’re no longer at the top of their game.

And that’s a problem.

According to The Sun, the premier league star who has not been named, offered to pay his fashion worker lover to keep quiet. The sum offered is rumoured to be £10,000. The Sun goes on to say that the footballer in question has a child with a female partner, and is bisexual. The male lover in question is said to be a 21-year-old fashion worker, who has also remained anonymous.

Instead, the 21-year-old chose to speak anonymously to raise awareness of the continued homophobia and taboo surrounding male football players. He has said: ‘It isn’t the players that are the problem — although he is guarded with who knows. It is because of the backlash from the fans that he is terrified of it coming out.’

The football player has reportedly told close friends, some of who are footballers themselves, and has been greeted with support, but he is terrified of the fans, of the heckle calls being shouted from the stadium.

In 2018, should we not be more focused on the ability of a footballer’s talent to score goals, to win for their team, than their sexuality?

Unfortunately, whilst that is what we should be focussing on, it seems fans have another agenda. In a 2013 dossier, Brighton fans reported hearing these chants: ‘You’re from a town full of gays and we hope you all die of AIDS.’

It doesn’t make ‘juicy gossip’ to hear of a male footballer coming out as gay. I’ll admit, it is interesting, and it’s natural to want to know who that man is. But the pressure he must be under tells us that forcing him out is wrong. Instead, the attitude towards gay men on the pitch needs to change.

It isn’t as though that isn’t happening. In 2013, the first LGBTQ fans group for a major football group – in this case, Arsenal – was set up. Since then, there are more than 30 LGBTQ groups offering support to both fans and in the closet football players.

Meanwhile, Welsh Rugby player Gareth Thomas, who came out as gay after retiring from the sport, said that if a footballer were to come out today, they would be ‘walking into the unknown’.

Whilst the FA are maintaining they are encouraging their players to ‘be themselves and support their teammates to do likewise’, we are still lacking any prominent out and proud football players that are still at the top of their game.

The problem, of course, is not with the footballer player themselves. They are surrounded by men who are telling them to conform, to play the game and are idolised by men all across the world. In some countries where these footballers play, it is illegal to be gay, with some countries allowing a death penalty. Whilst not all of the football audience are homophobic, trolling chants about gay men can appear to be incredibly daunting. Surveys have shown that three-quarters of football fans don’t care if a player is gay or bisexual.

What is also the problem is no one wants to be first. Peter Tatchell, a gay rights campaigner, said: ‘To allay the anxieties of individual players, the Professional Footballers Association should organise a simultaneous coming out by several stars. That way, no single player would have to deal with the media and public reaction. There would be safety in numbers.’

With rumours in the past linking Ashley Cole to another player, a rumour he distanced himself from publicly and assuming the player in recent reports is someone entirely different, there would, of course, be enough players to come out together. The problem with this happening is internal struggles.

We live in a society where an open, gay football player would be what we need. An influential man with a following of both straight and gay football players would really do wonders. LGBTQ groups would feel included, and awareness could be raised to the industry of football as a whole, and the problems that need to be dealt with and overcome.

It’s easy to say that a footballer should lead the way in coming out, but it’s easy to forget the internal struggle of coming out.

Jack Strange is a writer, author and poet from South Wales. He is a Britney Spears enthusiast, and you can usually find him on Twitter talking about celebrities and pop music, when he’s not trying to be a serious writer.