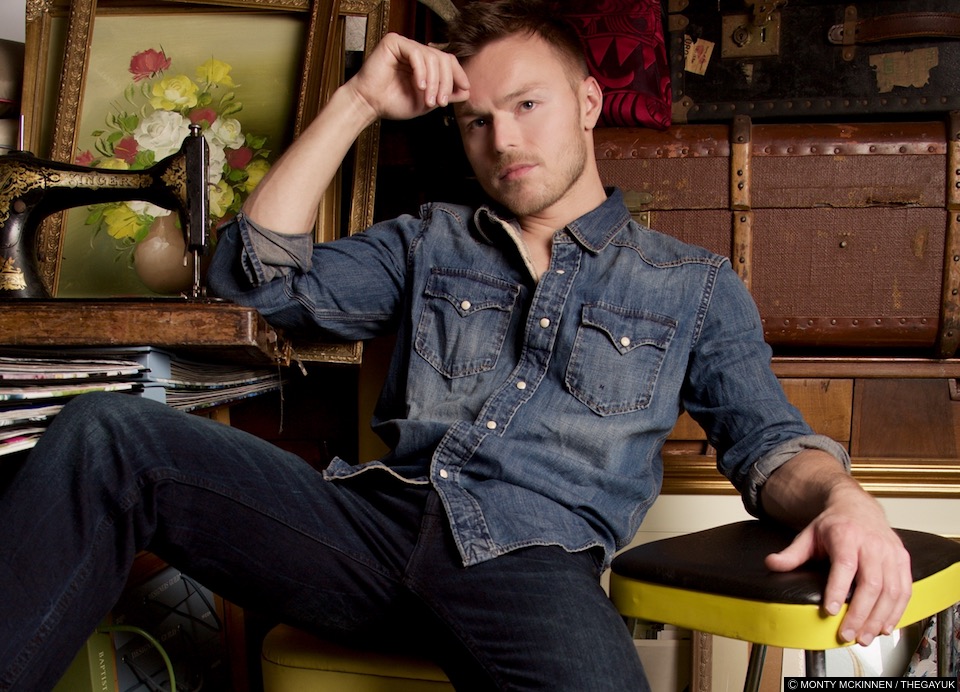 I'm human. I fuck up. I like food. A LOT. But I also love feeling good. It's a tricky balance; life, work, marriage, fitness…my point is, you fall off the wagon and you get right back on. It takes time but I celebrate each little victory. Is this it? No. It's a LIFEstyle. I can look at this photo and say, okay…I'm proud of my changes. Now let's keep going. #fitness #gym #lifting #health #wellness #muscle #focused

Best Known For: American Idol and Eating Out

Came out in 2003 with The Advocate

Jim appeared in the first season of American Idol and has appeared in a number of gay movies including, Eating Out, Another Gay Sequel: Gays Gone Wild.

Jonathan played Aaron Samuels in one of the ultimate gay cult films, Mean Girls. He appeared in the US version of Dancing With The Stars, three months before he lost his father to brain cancer. He was outed by Julianne Hough during an interview with Extra. He told the Toledo Bladenewspaper: “This was his favourite show on television, and when he was sick in hospice the only show he wanted to watch was Dancing with the Stars because he said this show made him feel good. So I’m doing this performance not just for myself but for my father because I know how badly he loved the show and how thrilled he would be that I’m on it. I’m also doing this dance for my mother because she passed away a year before that and they both were huge fans of the show.”

Best Known For: Looking and Frozen.

Came out in 2009 during the National Equality March in Washington.

Jonathan Groff came out as gay in 2009. He was rumoured to have dated Zachary Quinto from September 2012, until July 2013. He now stars in Looking, along with Russell Tovey and he recently leant his voice for the part of Kristoff Bjorgman in the Disney hit Frozen. He also starred in The Normal Heart.