Southampton student union president resigns after 21,000 people sign petition for her to go 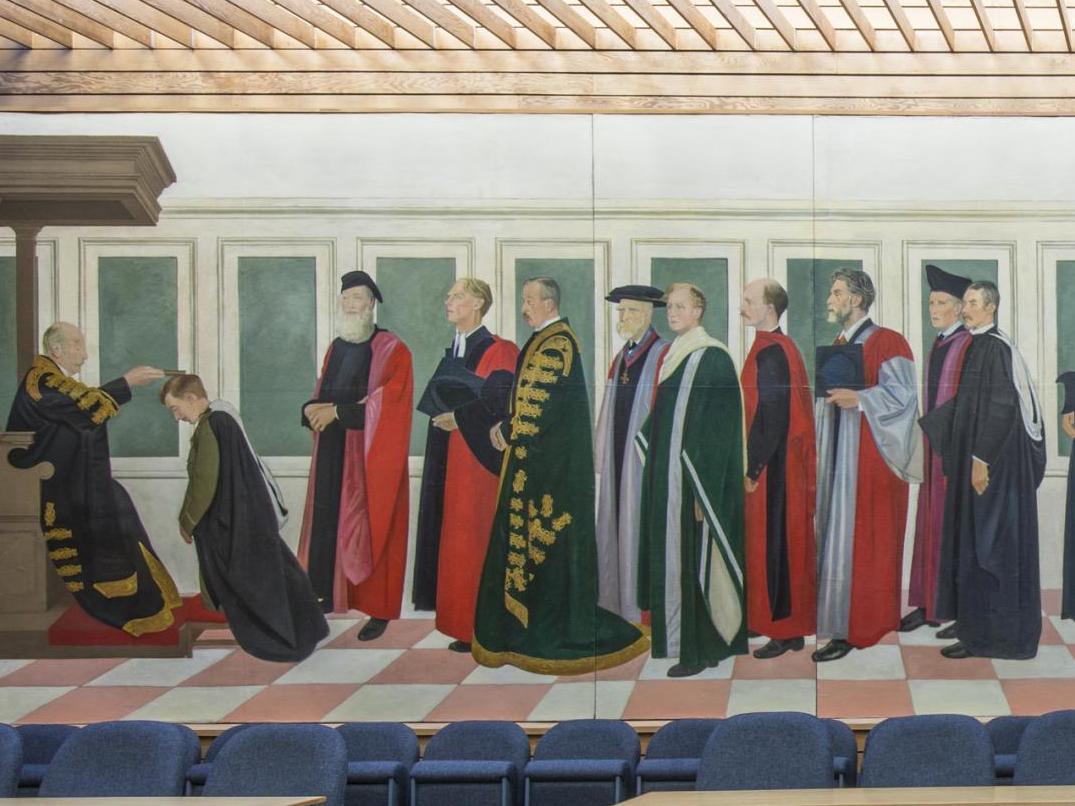 A student union president who threatened to remove or destroy a world war one memorial which depicts only white men has resigned from her position.

Over 21,000 people signed a petition calling for the resignation of Emily Dawes, after she wrote a Tweet in which she said she would remove a memorial mural painted by Sir William Rothenstein in 1916 to remember students who served in the war. It was presented to Southampton in 1959 by the artist’s son. The picture depicts a young soldier receiving his degree.

On Twitter Ms Dawes, who uses the pronouns, she and her, wrote, “Mark my words – we’re taking down the mural of white men in the uni Senate room, even if I have to paint over it myself.”

The student president had previously apologised for the remarks.

The petition, which was launched by Daniel Lake explains, “Emily Dawes, the University of Southampton University Student Union president is expected to make comments and suggestions on the subject.

“Dawes vowed to remove the wall in the university Senate room, threatening to vandalize it to the depicting ‘white men’.

The mural in fact of the young men who left Southampton University to fight during the First World War.

“Not only that, but it is a memorial to all those who died during the conflict. Dawes’ comments, fuelled by the simple fact that the men in the wall are white, are unacceptable and offensive to the vast majority of students who choose to support remembrance. Therefore, this is an unacceptable abuse of an elected position”

“Best if I step down”

Writing about her decision to step down, Ms Dawes said, “After careful consideration I’ve decided that it’s best if I step down from my role. I sincerely apologise for the offence and disrespect caused by my earlier comments, which were misinformed. I acted impulsively and as such fully accept how careless and hurtful my words were.

“I’ve had a wonderful time as President and am sad to be leaving.  All my thanks go to everyone who has supported me throughout my Presidency, and I wish the team and the Union all the best.”

The university Tweeted,  that it respected “Emily’s decision and will continue to provide her with support.”

Adding, “The University will continue to work closely with the Students’ Union, the elected team and staff.”