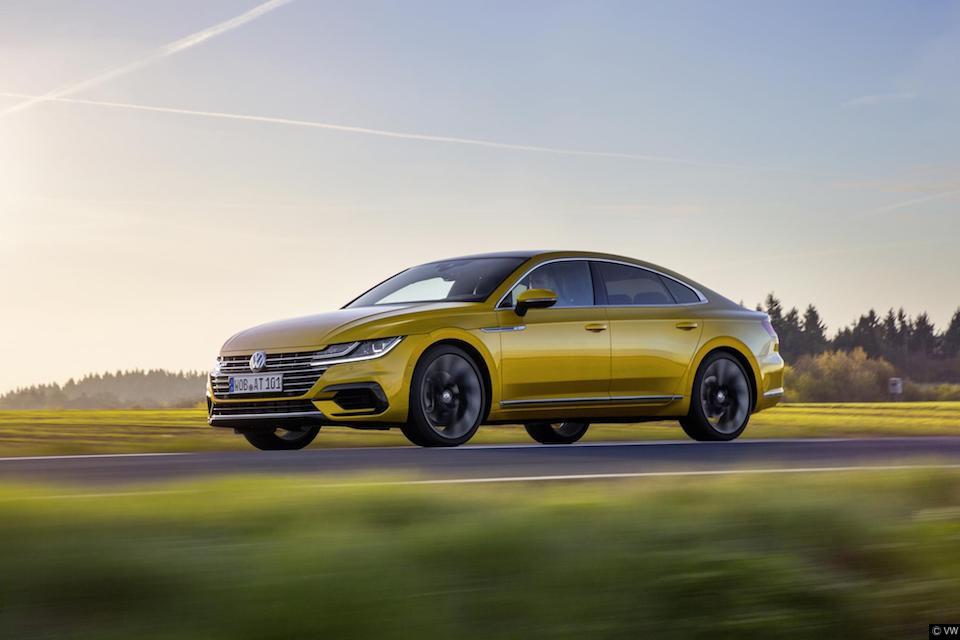 The Avant-Garde Fastback With A Name To Match.

I wrote recently about Volkswagens Passat. I said it was a nice car. Indeed it is. Nothing nasty about it. All quite nice.

I almost mentioned what Passat had done to offend the UK buyer – delete the hatchback option. Unlike our European cousins, we Brits do love a hatchback. So when it was discontinued in 1988 many suburbs of England tutted loudly with disgust. The result was those who wanted a hatchback for tip runs and garden centre expeditions went over to Ford and Vauxhall to get their fill of the lift back.

VW now want to rectify that by giving us the Arteon. Is that how you say it? Art-e-on? Ar-Teon? Air-ton? It was said to me in as many different ways as there are languages in the world. However you pronounce it, it is a car to puzzle over.

NEXT: Inside The Car

Inside the cockpit, it is pretty much pure Passat. The usual three time clocks to look at in the front, none in the rear. Switchgear and controls etc are all pure Passat. Even on the move, it is Passat with that nice feel about it.

Thankfully it is a little more than Passat nice. For a start, the designers have given it pillar-less doors. For some reason, a pillar-less door adds some sex appeal. And the front has been given a more purposeful look with both upper and lower grills integrated into one massive mouth. Sadly from some angles, it can look a little Audi-ish.

All the fun for the British buyer is at the back. Forget the massive amounts of legroom you now get over the Passat sibling for the moment. Your prayers have been answered, you have a boot that lifts up high. High up into the sky to reveal a load capacity of epic size and all in a hatchback style body that VW would rather you refer to as an avant-garde fastback saloon style. It is deceptive. Design wise you do expect it to be another saloon. It was only when l went to lift the boot that l realised something was wrong. It’s a big heavy door to lift. It took me by surprise at first. The ‘nice’ was being eroded.