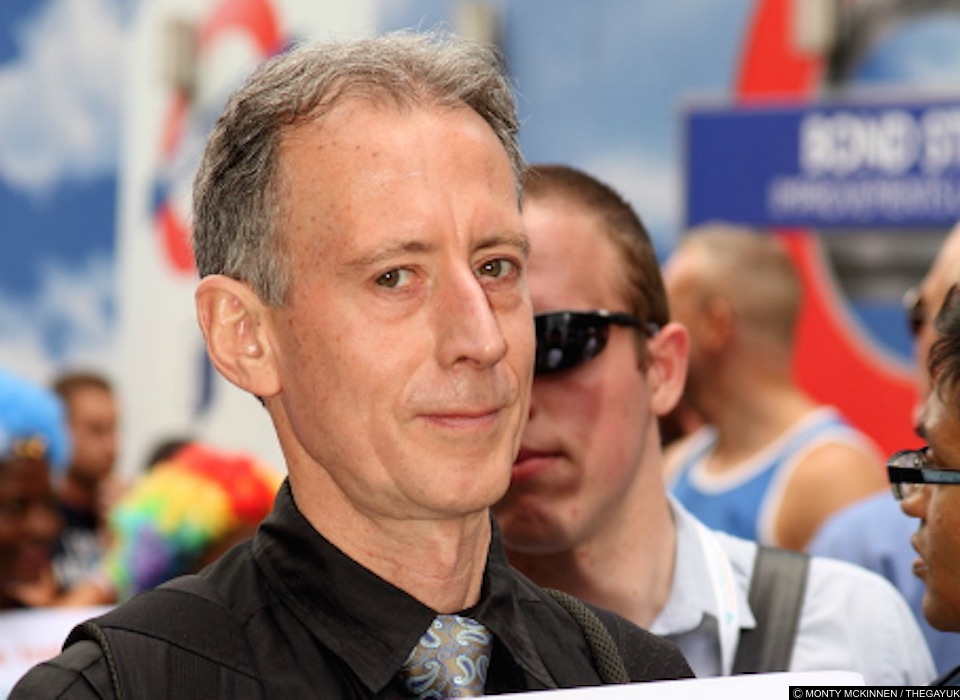 The UK’s highest profile LGBT rights advocate has once again been left off the invite list for a 10 Downing Street reception which is honouring LGBT contributions to the UK.

Peter Tatchell has once again been “vetoed” from a bash hosted by the UK’s Prime Minister Theresa May at 10 Downing Street today. Despite these receptions taking place every year for the last 16 years, Mr Tatchell has never once been invited – despite his tireless advocacy for the LGBT+ community in the UK.

Peter Tatchell spoke out against his “blacklisting” today saying that he took it as a “back-handed compliment” and suggested that Ms May might think him “too challenging” or not “respectable enough”.

“I take my blacklisting as a back-handed compliment. The Prime Minister obviously thinks I am too challenging and not respectable enough to be invited. That’s fine by me.

“I don’t seek invites to Downing Street or government honours. I would not want to go to Downing Street while the Prime Minister teams up with the homophobic DUP, allows the incarceration of LGBT refugees in asylum detention centres and refuses to tackle homophobic bullying by making LGBT issues mandatory in every school.

“Theresa May doesn’t want to be confronted about such injustices. That’s probably the reason she had me barred.

“I’m glad she finds me threatening.

“My goal in life is to disturb the conscience of government. I don’t want their plaudits or hospitality. I want action for LGBT human rights”.

THEGAYUK reached out for comment from 10 Downing Street on why Mr Tatchell had been excluded only to be told that Downing Street had chosen members of the LGBT+ community that “represents a wide cross section of society”.

“We are hosting a reception in Downing Street to celebrate the contribution that lesbian, gay, bi and trans people make to our country. We have invited members of the LGBT+ community from the charitable sector, the media, the armed services and the worlds of business, sports and politics which represents a wide cross section of society.”