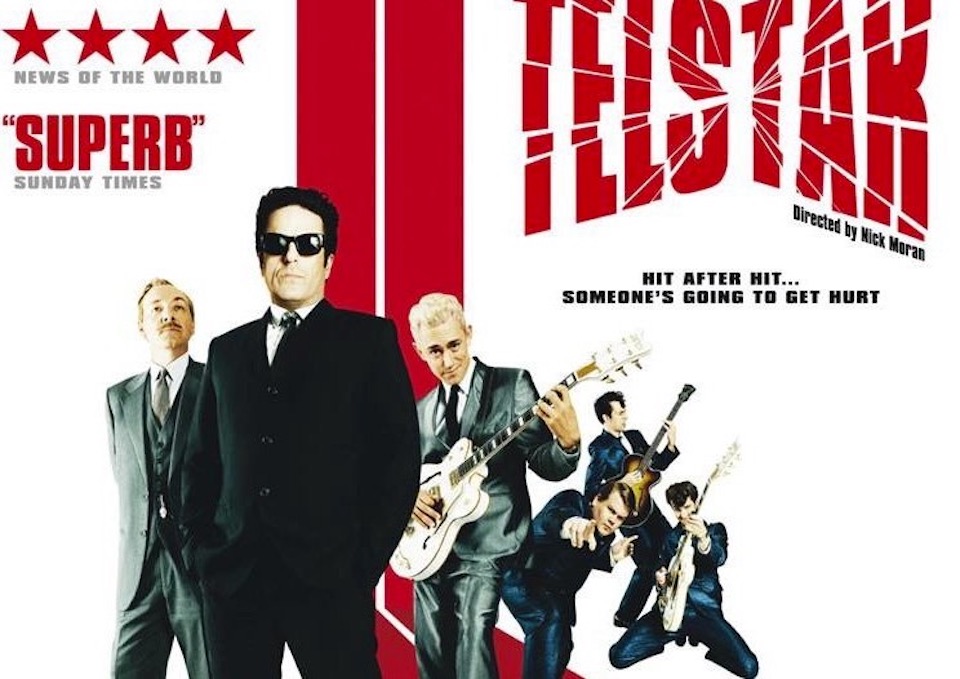 You may not have heard of Joe Meek, but will certainly have heard his musical productions and songwriting.

Joe Meek was a pioneer of the 60’s music landscape. Joe Meek was a gay producer and songwriter, who wrote the hit “Telstar”. Set in the homophobic 60’s Britain, where to be gay was still illegal, the film delivers a power marker to how far the gay movement has come.

The film follows Meek’s life just before “Telstar” became a worldwide success and follows his downfall into a mental breakdown that would eventually lead to murder and suicide. Telstar is an incredible journey of success and depression, of sexual exploration and exploitation, of madness and paranoia – with a hint of the paranormal thrown in for good measure.

The casting for this film is very strong, Con O’Neill plays a magnificently, out of control Meek. Delving into a delivering a truly brilliant performance of a tone deaf musical genius. The film’s strengths are it’s brilliantly comic (albeit all true) characters and it’s thought provoking end – the demise of Joe Meek.

Available to buy on Amazon and iTunes