Who are the gay and lesbian Prime Ministers of Europe? 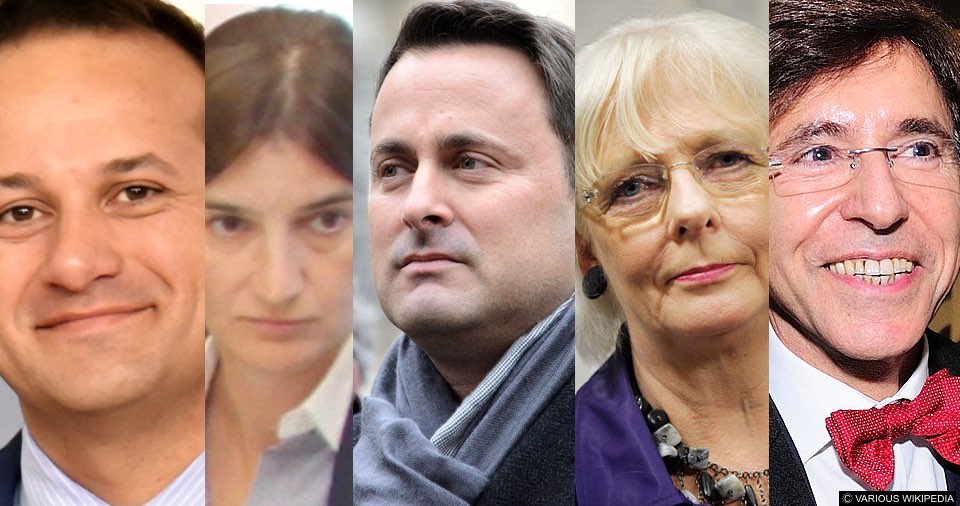 European countries have had the most openly gay and lesbian leaders, with five openly out being elected into power since 2009.

To our knowledge, there have not been any openly bisexual or transgender leaders. There have been five openly gay and lesbian leaders.

Iceland was the first country in Europe to elect an openly lesbian leader with Jóhanna Sigurdardóttir, she served from the 1st of February 2009 until the 23rd May 2013. She was part of the Social Democratic Alliance in Iceland. She is married to Jónína Leósdóttir. They have been together since 2002.

Belgium elected Elio Di Rupo was Prime Minster from the 6th December 2011 until October 2014. Di Rupo came out as gay in 1996, during a press pack conference in which he was asked if he was gay, he responded, “Yes. So what?” He is the first openly gay man to lead a sovereign state, and the first openly gay man to win the position in his own right pursuant to an election

Luxembourg was the next country to elect an openly gay man with Xavier Bettel being elected on 2nd December 2013. He is still in power.

On the 13th June Ireland made Leo Varadkar Prime Minister. He is the youngest Prime Minster of Ireland.

On the 15th June, Serbia got its first lesbian and female Prime Minister, Ana Brnabić. MsBrnabić is a 41-year-old graduate of the University of Hull.