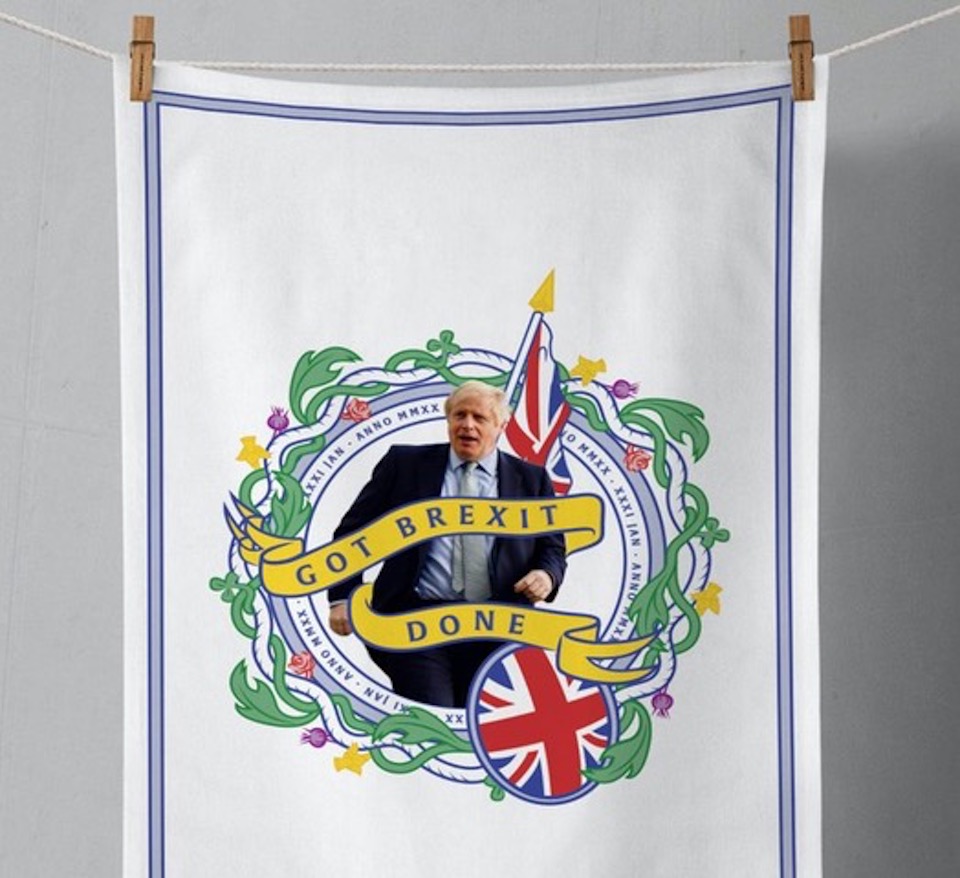 In a move which has left many people on social media baffled, the Conservatives have released an official tea towel feature a picture of PM Boris Johnson with the slogan, “Got Brexit Done”, despite the fact that the UK doesn’t officially leave the EU until the 31st January 2020.

The move has left many on social media questioning whether the account had been hacked or was even a parody account.

Proudly made in the UK

The tea towel, which is “proudly made in the UK” is selling on the Conservative’s website for £12.99 and apparently is the perfect way to “Show your pride in Britain and celebrate Brexit in your kitchen”.

Twitter users were quick to slam the product and the Conservatives as “delusional” while another added that they thought the tea-towel would be sold in car boot sales for 50p within a year.

Matthew Hodson commented, “I predict these will age like a fine yogurt.”

You could always team the tea towel with a mug, with the slogan “I got Brexit done” for £15.00.