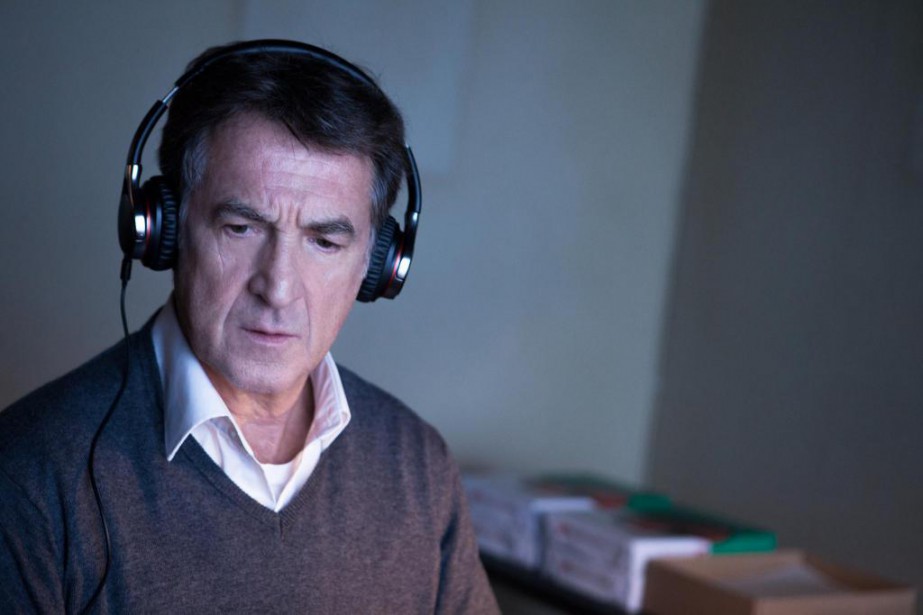 An unemployed accountant takes a job that puts him in the middle of a political conspiracy in the new film “Scribe.”

“Scribe (La Mécanique de l’ombre)” is a timely taut French thriller that builds its suspense in events that lead up to a political election. François Cluzet is Duval, a recovering alcoholic who takes a job as a transcriber that is literally offered to him with no questions asked. He is tasked with typing telephone conversations from tapes that are numbered and left for him in a nondescript flat where he is all alone. He is told by his boss Clément (Denis Podalydés) to keep to himself, to remain unnoticed, and to not smoke in the flat. He is supposed to open the curtains when he arrives at 9 a.m. and to close them when he leaves at 6 p.m. But as the days go on and the conversations on the tapes he transcribes become all too realistic and downright criminal, it’s clear to Duval that the organisation he is working for is somehow involved in trying to manipulate the upcoming election. After a high profile figure is murdered, the conversation of which is on one of the tapes, it’s just a matter of time before Duval gets caught up in the conspiracy, and a murder,
and eventually, his life is in danger by the very organisation that employs him.

Scribe has all the ingredients of being a great political thriller in the same vein as The Manchurian Candidate and 2006’s Oscar winning German film The Lives of Others. Director Thomas Kruithof superbly builds the tension while at the same time not giving too much away during the film until its explosive ending. This film is well worth a watch.

“Scribe” is in cinemas and on demand from 21st July