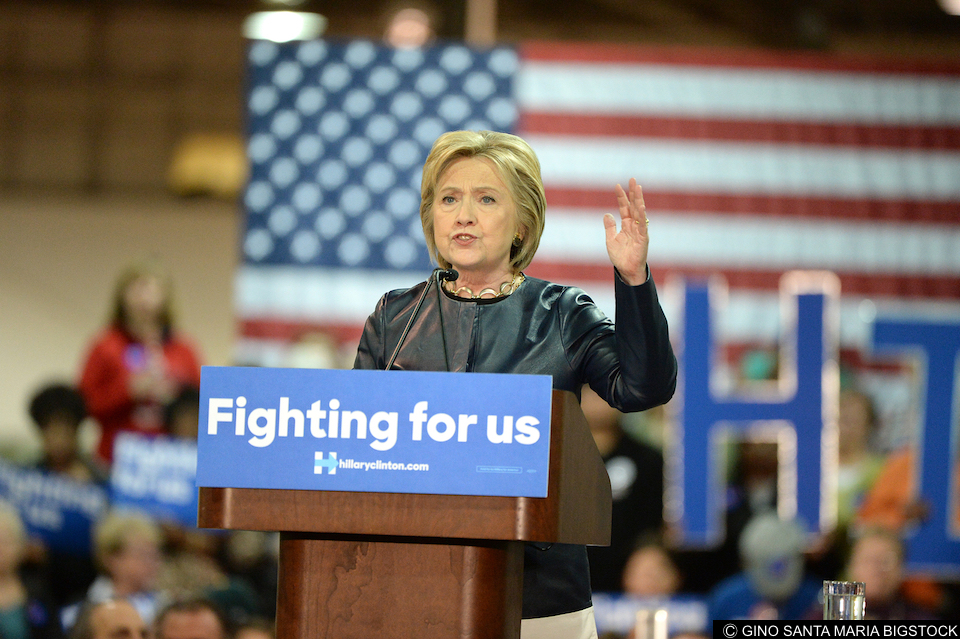 Hillary Clinton has paid tribute to the 49 victims killed in last year’s terrorist attack in Orlando.

Taking to Twitter, Hillary Clinton sent a heartfelt tweet saying that her heart was with “the loved ones” of the 49 victims who were killed when a lone gunman entered the Pulse nightclub on the 12th June 2016. Along with her message she tagged it with the hashtag #WeWillNotLetHateWin.

The tweet was almost immediately retweeted 6000 times and liked over 20,000 times.

During the US Presidental campaign Ms Clinton visited the Pulse nightclub laying a bouquet of white roses at the site.

My heart is with the loved ones of the 49 people killed at Pulse, the city of Orlando, & the LGBT community. #WeWillNotLetHateWin pic.twitter.com/K8BkUW2GVt

President Donald Trump also paid tribute to the victims Tweeting a picture of the victims and saying,

“We will NEVER FORGET the victims who lost their lives one year ago today in the horrific #PulseNightClub shooting. #OrlandoUnitedDay“

We will NEVER FORGET the victims who lost their lives one year ago today in the horrific #PulseNightClub shooting. #OrlandoUnitedDay pic.twitter.com/OFFUVAFBJM

This article has been updated since it was published. Previously we observed that President Trump hadn’t Tweeted about the Pulse victims, but had mentioned that Ivanka Trump was on the news.