INTERVIEW | Jamie Laing “Spencer and I nearly murdered each other” 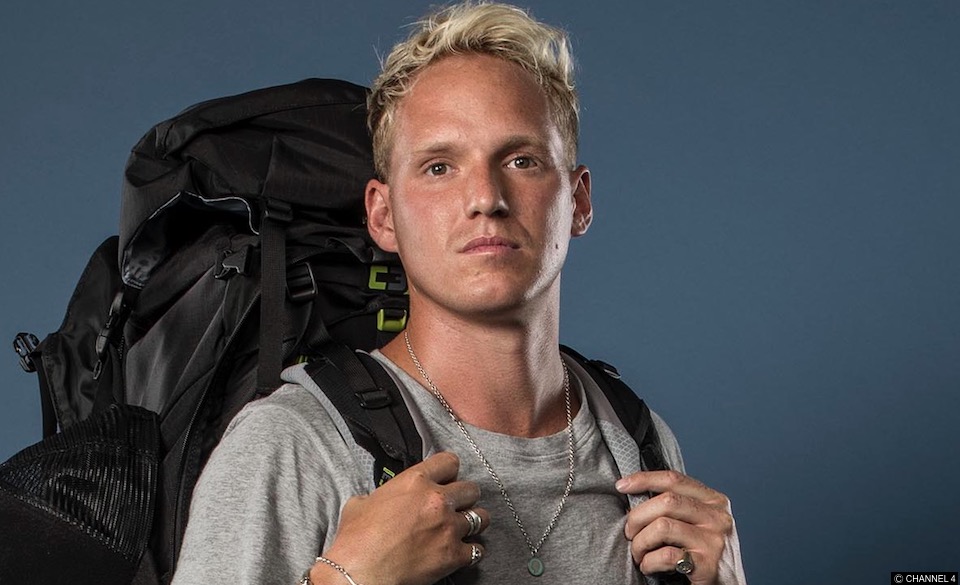 Jamie, why on earth do you want to do this?

Two reasons. The obvious reason is it’s for Stand Up to Cancer. This douche of a disease affects so many people – we all know a family member or a friend who’s had cancer – so if we can raise a little bit of attention towards this and get people to donate, that’s pretty awesome. And the second thing is, it’s the ultimate game of Hide and Seek. This is like going back to your innocence, going back to your childhood, and playing this cops and robbers game of tag like you used to play in the playground. And I get to go and play this ultimate game with one of my best buds. So, in that way, I cannot wait to do it.

Have you got any idea what your tactics will be?

Charm! That’s literally what I’m going to depend on. At school, I got through with charm. One of my school reports said, “Getting cross with Jamie is like drowning puppies.” I was horrendously naughty, but I kind of got away with it. I honestly believe we live in this amazing country where the British public wants to help the underdog. If you are charming and pleasant and kind, people are going to help you, 100 percent. So I am basing everything on charm and luck.

On Made in Chelsea, we see what a fantastic lifestyle you guys have. How are you going to get along with roughing it?

That’s one of the things people always assume – that we lie on cotton pillows and float around the place being carried everywhere. But Spencer and I both went to boarding school from the age of eight, we were thrown into an environment where you have to be a chameleon, you have to make friends. We’re both pretty resourceful, we did army camps and these kinds of things. All of that stuff that everyone thinks we’re going to need, we’re both so fine without. Camping is what I used to do as a kid. I was a complete outdoors guy, so cutting back, getting rid of social media, not having luxuries, that’s the thing that excites me the most.

“When you live with a best friend, and you suddenly realise that you can’t live with them, you fall out massively. It’s a huge thing. But Spencer and I have been through thick and thin together, we lived in New York together for two months and nearly murdered each other”

How do you think you’ll get on when the chips are down and you’re in a hot tent with smelly feet?

What have you done by way of preparation?

Ummm. Obviously we’ve got friends and family on board, which is great. And we’ve got a very, very cool exit out of London, which I don’t think I can tell you about, but it’s pretty sweet. So we’ve planned all that. And there’s this book called The Dice Man, which is about this guy who lived his life on the roll of a dice. So that’s pretty much what we’re doing. If it arrives, we’re going to take backgammon and play it, so whoever wins gets to choose where we’re going next. That’s pretty much how we’re doing it.

Have you watched the show to pick up any tips?

I’m a big fan of the show. When the first series came out, I spoke to the commissioner at Channel 4 and said “You should definitely do a celebrity version.” I’ve been a huge fan, so I’ve picked up tips. The problem is, the paranoia that kicks in is pretty intense, so you I have to remember that I can’t over-think it. I’m already doing it now. Who are you? Are you actually a journalist?

Being a recognised face is going to make this even harder. How are you going to combat that?

It’s a nightmare. I don’t think you can combat it. The more you try and hide, the more shifty you are, the more you’re going to be noticed. I think it’s pretty much down to being absolutely pleasant to everyone, explaining your situation, and pleading with them not to do anything about it. Hopefully they’ll listen. Otherwise, we’ll be spotted, and there’s nothing much we can do about it.

What do you think will be the hardest thing about being on the run?

I think the lack of sleep and food can be mentally pretty tough. I think, for me, it’s going to be the mental stuff, the paranoia that kicks in. So that’s going to be the biggest issue. And that’s why it’s so good to be going with Spencer, because he is so the opposite. He’s so relaxed, so chilled. So he will calm the situation down. And I think I’ve got as pretty good sense of when things are going well or when they’re not, so I think I’ll be able to sense when we’re in trouble.

What do you think you’ll miss the most from everyday life?

Are you taking any little luxury items with you?

Yeah, I promise you. A tennis ball is the biggest luxury item you can come across. Steve McQueen, in The Great Escape, had his baseball, and it got him through it. A tennis ball can stave off boredom, and boredom can be a big thing.

Lastly, is this just a bit of fun, and a chance to raise money for Stand Up to Cancer, or are you deadly serious about wanting to beat the hunters?

Oh, I cannot tell you how serious I am. I’m possibly one of the most competitive people you could come across. To do something and not do it to your best ability is absolutely pointless. So I honestly wouldn’t sign up for things unless I knew I could win it. We’re in it to win it, 100 percent. The only thing that’s going to let me down are other people along the way. Or Spencer Matthews!