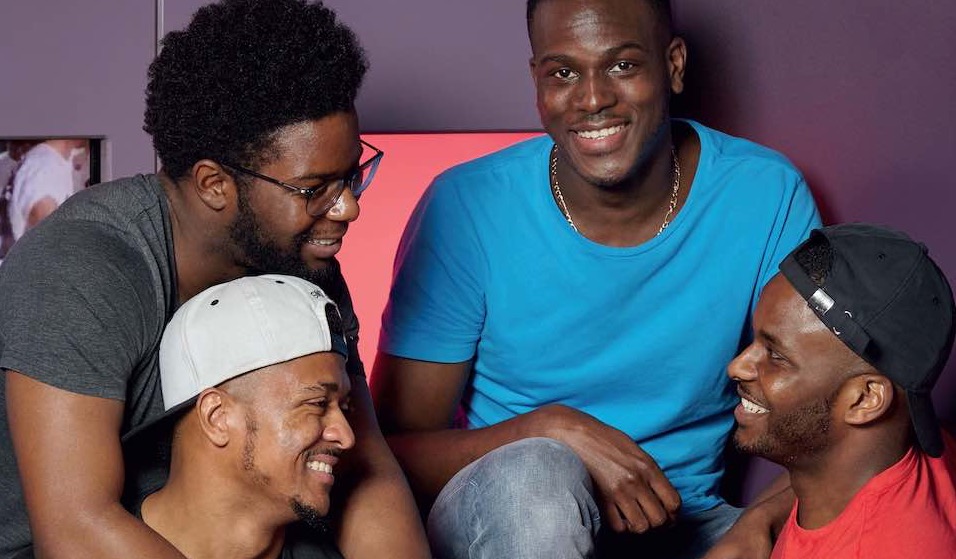 “The lack of visibility of men from black, Asian and other ethnic minority communities in sexual health promotion has been well documented”

A poster campaign has been launched by leading sexual health charity GMFA to encourage BAME (black and minority ethnic) gay men to get tested for sexually transmitted diseases more regularly. It is also hoped that the campaign will increase the representation of the LGBT+ black and Asian community.

The first set of posters have been released and they will be displayed in south London specifically: Brixton, Streatham, Kennington and Waterloo.

Ian Howley, Chief Executive of HERO – Health Equality and Rights Organisation, the parent organisation of GMFA, explains, “Over the last few years, HERO has been working closely with the BAME LGBT+ community. One of the issues that kept on coming up was the lack of representation, especially in mass media health promotion campaigns. At HERO we listened and acted on this feedback. What people see is completely developed by BAME gay and bisexual men for BAME gay and bisexual men. From the concept, to the models, to the design, all parts of this campaign came from a grassroots level.”

Marc Thompson, Co-Editor of BlackoutUK who worked as an advisor on the campaign, explains, “Most health professionals don’t like to admit it, but reflecting diverse audiences can be challenging for them. It’s difficult, especially if you don’t come from those communities or understand how to reach us effectively. The lack of visibility of men from black, Asian and other ethnic minority communities in sexual health promotion has been well documented as having an impact on BAME men’s sexual health and risk-taking, which ultimately plays a role in the disproportionate rates of HIV infection in this population.

“This is why the Me. Him. Us. campaign is so important. It was created by BAME gay and bisexual men for BAME gay and bisexual men. This campaign speaks to us. The imagery is beautiful and it shows black men being loving, caring and compassionate with each other. It reflects the community as it really is. It’s what we need and it’s the work we deserve in our community. The work should represent us.

“Although this campaign will increase testing and awareness around testing which is the aim, it will do something much more important. young men from the diverse range of Black, Asian and other minority ethnic communities and young black gay men in particular, will see themselves represented in a mass media sexual health campaign. We hope the campaign will inspire more young black gay men get tested, take care of themselves and their partner and will engage with the work we do in our communities to improve the health of all of us.”

“I do not feel accurately represented”

Phil Samba, one of the stars of the campaign and key to the development of Me. Him. Us. explains why he wanted to get involved, “As a black gay man, I personally do not feel accurately represented at all in media or the gay community. There is already a small amount of positive black male role models that steer away from stereotypes and there are even less ones that are gay. Black gay men are atrociously misrepresented as either being aggressive and hypersexual. When I was younger I never saw anyone who was like me on TV or heard anyone on the radio who was like me either and I think honest visibility and representation is so important for young black boys to feel comfortable in their sexuality however they see fit.”

Ian Howley adds, “Although this campaign is focused on representation, it also has an important message. Black and minority gay and bisexual men are more likely to be diagnosed with HIV and at a later stage too. It’s important that we increase the need for frequent testing for HIV and STIs for black gay and bisexual men. At HERO we recommend that all sexually active men are tested for HIV every six months. Early diagnosis of HIV infection enables better treatment for you and reduces the risk of transmitting the infection to others.

“I’m proud that HERO is in a position to develop this work in partnership with BAME people. It’s important that BAME people have a platform to create personal and social change in our community. Although this campaign will run for at least three months, this is just the beginning. HERO will continue to work closely with BAME LGBT+ people to build on this work, develop it further and help make a positive change in our community.”

The Me. Him. Us. website will have information on HIV, types of HIV testing and where to get tested, as well as stories from black gay and bisexual voices.