THEATRE REVIEW | Holding the Man, Above the Stag Theatre London 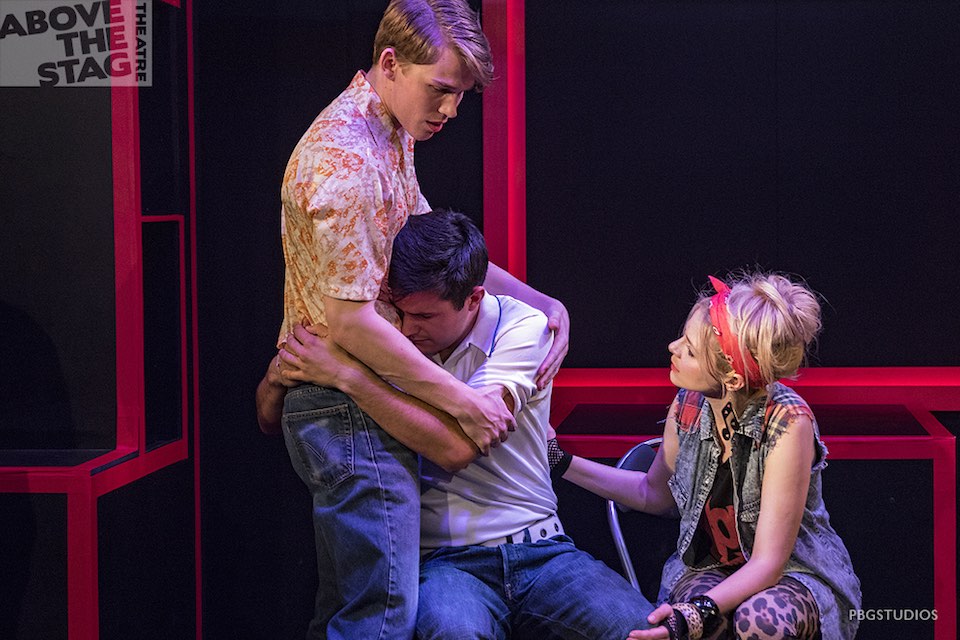 Holding the Man is a show that will rip your heart out and reduce you to tears.

Now playing at Above the Stag Theatre in Vauxhall, it’s true story of two Australian men, Timothy Conigrave and John Caleo, who fall in love in the late 1970’s, who have their ups and downs during the 1980’s, and who both are diagnosed with the HIV virus and must deal with not only death knocking on their door but also the shortened time they have to be together. The show is based on the 1995 book by Conigrave and was written by Tommy Murphy. Most of you might have already seen the excellent 2015 film, or previous London productions (including the 2010 production at Trafalgar Studios). The Above the Stage production is just as hard-hitting.

It’s the storytelling and the extremely strong performances of the cast at the Above the Stag that rate this production five stars. Jamie Barnard is excellent as Conigrave while Ben Boskovic as Caleo eerily captures his quietness and reserve. Both actors bring to this production a strength and resolute to their roles that they are almost living out these characters lives right in front of us. From the beginning of the show, we can feel that these two men were meant to be together. But this being the early 80s, not much was known about HIV, so, unfortunately, and I’m not giving anything away here because it’s a well-known story, AIDS was to rear its ugly head directly at these two young, beautiful men.

Holding the Man takes us on a heart-stopping and heartbreaking journey while we travel with them in their relationship with each other in life and in death. And it’s Barnard and Boskovic who take us on this remarkable journey. Joshua Cole as a best friend of the two men provide welcome comic relief in a show that’s very serious: he’s charming and has the best lines in the play. Faye Wilson adds some much-needed sparkle as another one of the boy’s friends, while Liam Burke, Annabel Pemberton, and Robert Thompson round out the ensemble in various roles as parents, friends and fellow students. One scene that includes the whole cast is a hilarious masturbation scene that’s cleverly done and something I’ve never seen on stage before.

But’s is the relationship between these two men that is at the heart and soul of this show. Director Gene David Kirk keeps the drama up and running while designer David Shields provides an excellent minimalist backdrop so the audience can focus on the story, and acting unfolding right before our very eyes.

Kudos to Above the Stag Theatre for producing a serious, dramatic and extremely well-acted show that’s a welcome relief from their previous camp and silly previous productions. Categorise Holding the Man as a must see!