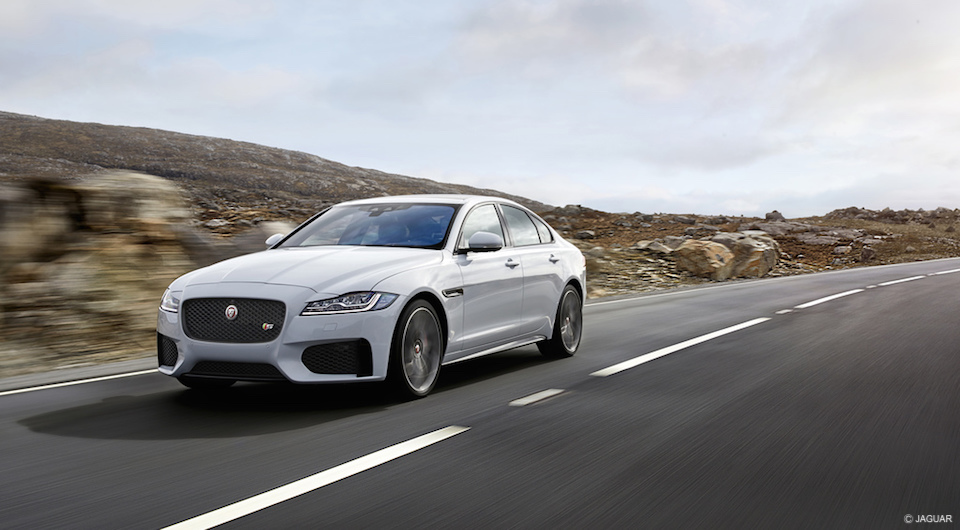 The Black Cat of the Family

Jaguar booked out the E-Pace we had set for review and so came up with another XF-R Sport for us to try here at THEGAYUK. I was keen to see if my original views on the petrol version would be mirrored into this diesel model.

I wasn’t particularly kind about the last Jaguar XF R-sport we had on test. I said the handling was a bit safe. Indeed it was. Having tried another example I can honestly say that I more than enjoyed the XF-R Sport. This is how it should be done.

For reasons, I cannot explain this other than the diesel engine makes light work of progress through the 8-speed automatic gearbox. And a good job too because it only has a rev range of 750rpm where maximum torque is made. a massive 500 Nm between 1750-2500 rpm. Compared to the petrol engines 269 Nm around 1200-4500 you can see where the magic happens and how quickly it does it.

Back to the impressive torque of the engine, it is suited to the XF R-Sport script. It lacks overall power compared to the petrol but by the time the petrol version has caught up you are well away to a claimed top speed of 153. That’s 6 more than the petrol. Other than that, performance is identical.

They say it is anyway on paper. In practice, it really isn’t. And this is where the already awarded four star XF gains an additional star. It’s not a 5-star car yet compared to the last one I have to award it another star simply for being so much more fun to drive.

The low down grunt still doesn’t kick you in the back. It’s still progressive but those 8 cogs in the gearbox keep up and allow for some sporty driving that you associate with Jaguar saloons. It was so much better to drive. Even the steering felt more connected and I know for a fact that there is no difference between the set up of this car to the other. It’s all down to the engine and how it propels you down the road. Very well I might add.

Another plus though I don’t often comment on is the colour combination. The red with chocolate leather worked better than the last offerings of black on black with more black and white inserts. What I still don’t like and the brown leather only made it all the worse was the blue cabin lights. I do not like them. Interior lighting is so important inside a car. By day you hardly notice it, come night it can make or break a car.

One thing, well a couple of things are apparent in the diesel version over the petrol. The firstly is the noise of the engine in the cabin. It’s just a little too vocal. I’d like my Jaguar to be somewhat more suppressed to engine noise. From cold it is quiet and once warm quieter still yet it’s muted clatter is still there. What is absent is the vibration on start-up from the auto stop-start. You could always detect it in the petrol model.

There isn’t much more to be said about the XF R-Sport other than this one was £700 cheaper yet it didn’t have the 360-degree camera package. Add that and it would be priced almost matching the petrol model. It’s an option I liked having. Anyway, you need to test the diesel if you are considering the petrol model. Two cars, identical in all but the engine and my word what a difference it is. You may just find yourself, like me totally in awe of the black fuel.