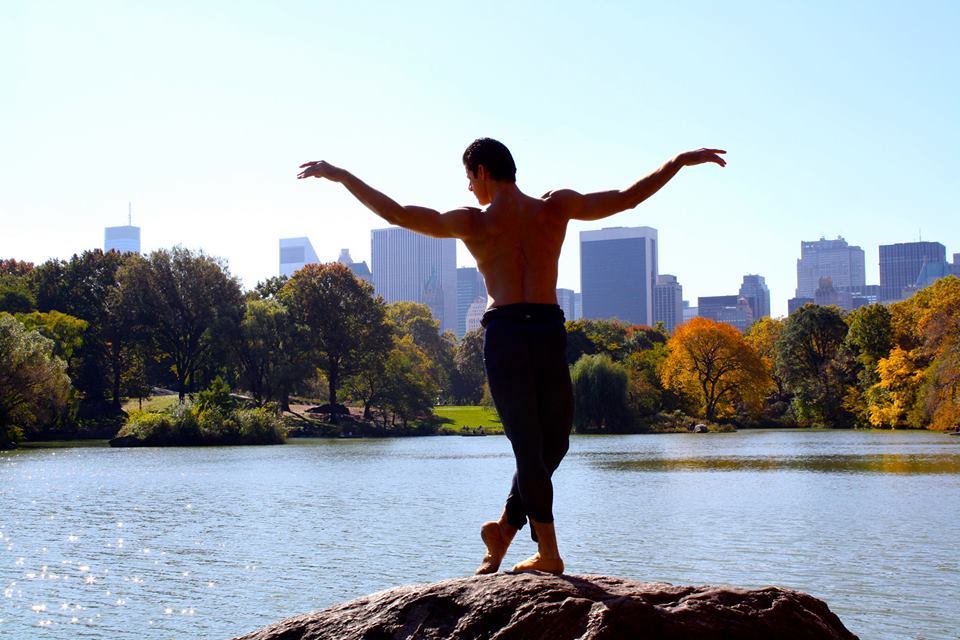 The Raindance Film Festival has just wrapped up and, over the course 0f 10 days, showed a good selection of LGBT films, some of which are worth looking out for if they ever get released or available online.

Anatomy of a Ballet Dancer: Marcelo Gomes (ABOVE)

A documentary about the life and career of one of the ballet’s biggest stars, who has been with the American Ballet Theatre for 20 years. This film is not just for ballet fans as we get to see the inner workings of the mind of Gomes, who had talent at a very young age. This film also deals with how he overcame his parents’ divorce, as well as coming out of the closet in a big way on the cover of a magazine, and how he has become one of ballet’s biggest stars. The documentary shines a light on his relationship with his father, who for some reason does not want to go see Gomes dance on stage in his hometown of NYC. Gomes comes across as such a nice and down to earth guy, and it doesn’t hurt that he parades around in really really tight ballet clothes that leave nothing to the imagination.

There is a Light (Il Padre d’Italia)

A beautifully written and told and acted story of gay man Paolo who, unusually, encounters a very pretty young pregnant woman – Mia – in a backroom gay sex bar. She’s presumably looking for her boyfriend who ditched her. Paolo befriends her and they leave together and embark on a road trip that turns into something a bit more. Luca Marinellil and Isabella Ragonese are a revelation in the leading roles, and the great soundtrack is an added bonus. Look for this film any way you can.

Written and directed by Travis Mathews, who collaborated on Interior Leather Bar with James Franco, as well as a documentary series of gay men in several cities, brings us a film that is about a gay drifter Alex (Jonny Mars) who takes up residence in his supposed mute grandfather’s house. At the same time, he pursues a local young teenage boy and spends time at the local gay cinema with a muscular Italian man. Alex is also hypnotized by some sort of strange sex website run by an oriental woman that seems to help him drive his inner ego. It all makes for a very strange and uncomfortable movie with an awful narrative, a self-indulgent work on Mathews part. This one is a miss.

Jheri Jones is a fascinating woman, and in this excellent documentary we learn that Jheri is no ordinary woman, she used to be Jerry. But to her four male children, one of whom is gay and comes out in the documentary at the age of 37, Jheri is actually both mom and dad (their actual mother passed away years ago at the age of 59). Including Jheri’s two understanding grandchildren, The Joneses show how the family have accepted and embraced Jheri’s transition (which took place years ago). But it’s Jheri who is the star of this documentary- she fascinating, fun, fierce, and fabulous.

The Misandrists
Controversial film director Bruce LaBruce is, as always, in unusual form in this strange film about a school for girls and the powering teachers who lead them and who call themselves the Female Liberation Army. But all is not what it seems with the girls, some are hiding secrets, and one of them is hiding a male soldier in the basement dungeon. But it gets to be a bit too much when a penis is surgically cut off which leads to, at the very end, a lesbian orgy that leaves nothing to the imagination. It’s 90 minutes that’s a bit too much to take.

Mist
A Mexican film with English subtitles, it’s the story of a young pregnant woman, Martina, who escapes her life in Mexico City to go look for the father she never knew in Berlin. Of course while in Berlin she encounters all sorts of people, including a memorable drag queen played by the fabulous Dieter Rita Scholl. But Martina’s boyfriend comes looking for her in Berlin, and she’s got a strange habit of spontaneously stealing things. Mist is worth a watch for the performances.

Apricot Groves
Aram (Narbe Varten) has just flown back to Armenia from where he’s living in California to ask the parents of his girlfriend for her hand in marriage. He is squired around town by his confident and worldly brother Vartan (Pedram Ansari). But another purpose of Aram’s trip is for him to undergo surgery, and it’s this revelation at the end of the film (and a bit in the beginning) that makes “Apricot Groves” a real treasure.

Boys for Sale
Having never been to Tokyo, I didn’t realise that there was such a huge male escort scene there. In this well-done documentary, we get to meet several ‘urisen’ (male sex workers) in Tokyo’s Shinjuku 2-chome gay district, where they all talk to the camera about their lives and what led them to this type of work. It’s a fascinating film by director Itako and Executive Producer Ian Thomas Ash. It also includes very clever and compelling drawings of a sexual nature that depict the Urisen’s non-exciting sexual encounters. Try to find this documentary anyway you can.

While not specifically LGBT, two other films at Raindance are recommended because of their great music stores. Trendy, about a man who moves to London from up north to escape a bad incident, is shot almost entirely in East London and many scenes take place in Berlin-style underground clubs. Afterparty is just what you’d expect. It takes place in a huge nightclub in Belgrade, focusing on one of the bartender’s quest to become famous, and where the music is just as fast and furious and thumping as the main character.