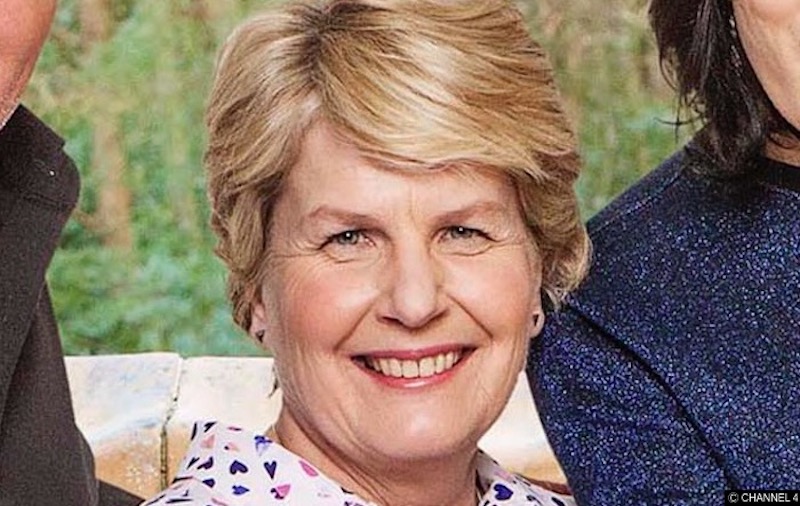 Sandi Toksvig is one of the UK’s most visible, incredible, out and proud presenters and TV personalities.

Yes, Sandi is married to her partner Debbie Toksvig. They got married in 2014. They were civilly partnered in 2007 but converted their partnership into a marriage later on.  Sandi is a mother to three children, two daughters and a son. The children are from a previous relationship with Peta Stewart whom she separated from in 1997.

Where was Sandi Toksvig born?

What else is Sandi famous for?

Apart from a slew of presenting jobs, being a renowned author and journalist – Sandi took over from Stephen Fry presenting QI and in 2015 helped co-found the Women’s Equality Party. She has also written extensively for children, having penned no less than 10 books for children. She’s also written at least 9 adult books.

What was Sandi’s first job?

Apparently, Sandi’s first job was as a follow spot operator for the musical Jesus Christ Superstar. She was 18. It wasn’t long before she wrote her first all-woman show and her writing career exploded into one of the most successful female authors in the world. Her first TV presenting job was for No. 73 – a kids’ TV show in the early to mid-80s.

Sandi was at University at the same time as Stephen Fry, Hugh Laurie, Tony Slattery and Emma Thompson. Plenty of A-listers in her Rolodex! She graduated with a First Class degree in  Law, archaeology and anthropology.

When did she become an OBE?

Sandi was made an OBE in the 2014 New Years Honours List.