David Mitchell and Robert Webb are back with a new show 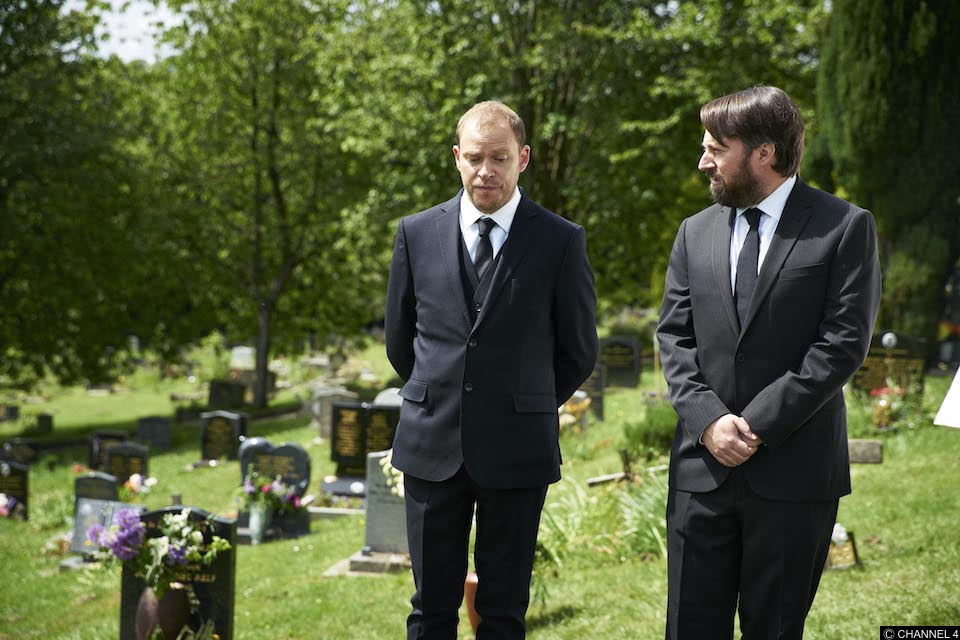 Peep Show legends, David Mitchell and Robert Webb are back on Channel 4 with a brand new show called Back.

Back is an acerbic new comedy, written by Emmy-award winning Simon Blackwell (Veep, In The Loop, Peep Show) and starring the inimitable and award-winning David Mitchell and Robert Webb (Peep Show, That Mitchell and Webb Look). The series marks the duo’s return to Channel 4. Back is directed by Ben Palmer (The Inbetweeners Movie, Man Up) and produced by Kate Daughton (Toast of London).

Stephen’s (David Mitchell) father, a local legend and pub landlord, has died so Stephen is set to – finally – take over the pub. Mum Ellen (Penny Downie) and sister Cass (Louise Brealey) have no interest in the family business – they’re ‘creative’, with weed to buy and energy-centres to rebalance.

With his dad dead, it’s now Stephen’s chance to shine. His only achievements so far have been marriage (followed by divorce), a failed stint as a lawyer in London and a slightly disappointing pub refurb. But when the charming Andrew (Robert Webb) turns up out of the blue at Laurie’s funeral, Stephen’s plans go awry. Charismatic Andrew has lived in Sydney, Amsterdam, Lisbon, Berlin and Limoges but crucially, spent five formative months fostered by Laurie and Ellen as a 12-year-old. To Stephen, Andrew was just one of a string of 30-odd foster kids who he spent his childhood resenting. But Andrew remembers every single detail and sees that time as the most important of his life.

But Stephen doesn’t love Andrew. He thinks he’s a glib, dangerous sociopath who’s about to steal his family, his business and his life.

Back begins on Channel 4 this September.