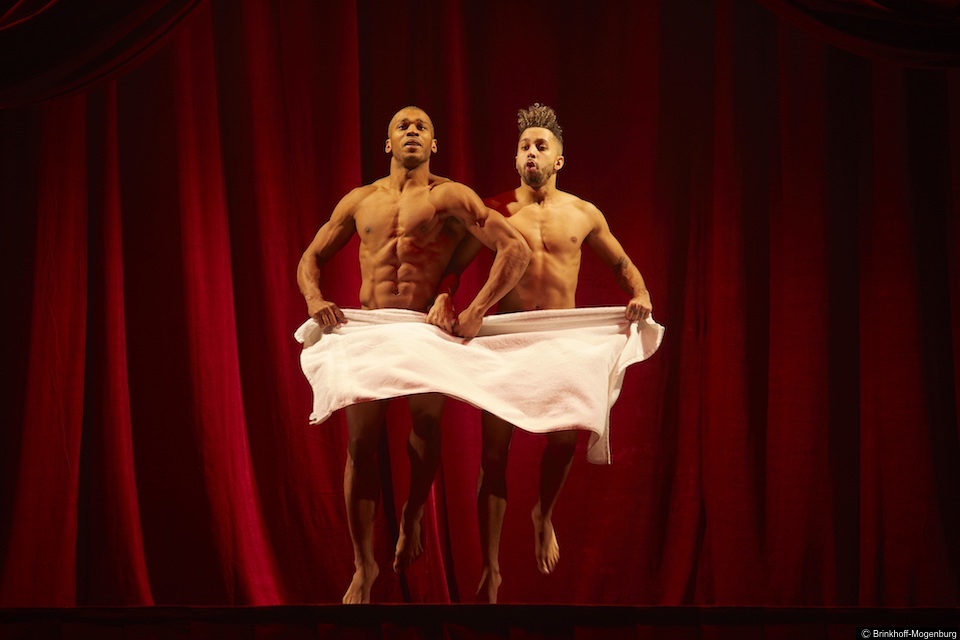 La Soiree has garnered quite a reputation on the cabaret scene over the past few years.

They’ve won a couple of Olivier Awards, headlined the circus field at Glastonbury and globe-trotted around in various Spiegeltents and opera houses. Now they’ve gone all upmarket and are inhabiting the lovely old but freshly repainted Aldwych Theatre. Don’t worry though. They might be in the West End but there’s still plenty of filth and subversion to keep you dirty birdies happy. Or not. If you want to take your nan and your nephew there’s a toned down version sans smut called ‘La Petite Soiree’ (aimed at ages 8 and upwards).

They’ve re-jigged the theatre to make it look like a cabaret venue with on stage seating and rows of in the round stalls seats. You’ve got to have nerves of steel if you’re planning on sitting on stage, by the way. There’s a distinctly ‘cabaret’ atmosphere (i.e. slightly drunken) and it’s a fast-paced frenetic show with little chance to pause for breath. Unlike a lot of cabaret shows there’s no compere and no filler. It’s just back to back acts. If you’ve seen it before you might be looking forward to the pole dancing city gents and their amazing pecs. Sadly, they’re not here this year but don’t fret. There’s plenty of buff male flesh including a comedic set piece with two chaps barely hiding their two old chaps behind skimpy towels.

It’s the usual mix of comedy, acrobatics, hoola-hooping, puppetry and plain weirdness (a woman spinning around in an aerial display, suspended by her hair? I rest my case M’lud). Perfect for a Christmas night out or for raising you out of a case of the New Year doldrums.